Five months on from the sacking of Ole Gunnar Solskjaer, Manchester United have appointed his permanent replacement.

Ajax coach Erik ten Hag has agreed an initial three-year deal to take charge of the Red Devils from the end of the season, replacing interim boss Ralf Rangnick.

Ten Hag will arrive at Old Trafford with a glowing reputation. The 52-year-old is a two-time Eredivisie winner and is on course for a third title this season. On top of this, Ten Hag has led Ajax to the semi-finals and last 16 of the Champions League.

His brand of dynamic, modern football has United supporters excited, but Ten Hag has a lot of work ahead of him to turn around a team languishing outside the top four in the Premier League.

This season alone, Liverpool have beaten United 9-0 on aggregate, hammering them 5-0 at Old Trafford before another alarmingly one-sided 4-0 win at Anfield on April 19th. According to Opta, in United’s league history, they have only once suffered a combined heavier defeat: 11-0 against Sunderland in 1892/93.

9 – Manchester United have lost 0-9 on aggregate in their Premier League meetings with Liverpool this season. In their league history, they’ve only suffered a combined heavier defeat once – 0-11 vs Sunderland in 1892-93. Trounced. #LIVMUN pic.twitter.com/ot2bQCn1Er

What is Manchester United’s record against Jurgen Klopp’s Liverpool?

But how can Ten Hag change this dynamic? The gulf in quality between Liverpool and United is abundantly obvious, so what does the Dutch coach need to address to bridge that gap?

There is little doubt about where Manchester United are weakest — their defence has been vulnerable for a number of years. The Old Trafford outfit have conceded more Premier League goals (48) than any other ‘big six’ team this season.

This was on display against bottom-of-the-table Norwich City when the Canaries fought back from 2-0 down to level at 2-2. While United were still able to find a winner, the way Norwich sliced through their defence was cause for concern. “They [the goals conceded] were too easy,” interim manager Ralf Rangnick said. “We are the only team in the league who concedes goals like this.”

Against Liverpool, United have frequently struggled to contain their runners. The Reds have put no fewer than 13 goals past their fierce rivals in the past three meetings, and the manner in which United’s experimental back three was carved apart for Luis Diaz to score after just five minutes at Anfield was alarming. 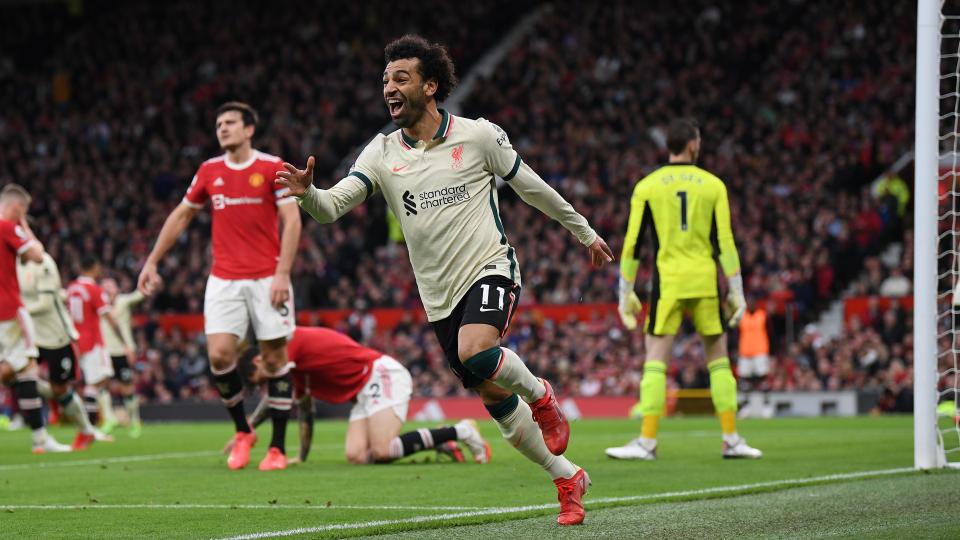 The capture of Raphael Varane from Real Madrid last year was designed to address United’s pace deficiency at the back, but the Frenchman has struggled for fitness in his first Premier League season, starting fewer than half of his side’s 33 top-flight matches.

United also suffer for a lack of protection from their midfield where they are especially weak. Fred has flourished under Rangnick, but the Brazilian offers little in the way of a barrier in front of the back four, while Nemanja Matic is leaving. Ten Hag might have to enter the transfer market to solve this.

United’s midfield unit has become something of a puzzle over the past few years. In some senses, they don’t lack quality: Paul Pogba is a World Cup winner and one of the best in his position on his day while Bruno Fernandes is an irrepressible creative hub. Even Fred has proved himself after a difficult start to life at Old Trafford, with three goals and four assists under Rangnick.

But there is no structure to United’s central unit. Fernandes and Pogba have yet to prove they can play in the same midfield together while Fred isn’t enough on his own to anchor the team, and his partnership with Scott McTominay is functional rather than formidable.

This has resulted in United being overwhelmed in the middle of the pitch by Klopp’s Liverpool. They are frequently at a numerical disadvantage, but even when Liverpool and United match up, there is a gulf in intensity, commitment and quality between the two sides.

Just take a look at some of these delicious Ajax team goals under Erik ten Hag… 🤤 pic.twitter.com/GyArvhpqE2

At Ajax, Ten Hag commonly sets up his team with a double pivot in midfield, but Edson Alvarez covers more of the pitch than any United central operator. The Mexican is also excellent at breaking up opposition attacks and recycling possession.

In theory, Pogba could perform a role similar to the one Ryan Gravenberch, an attack-minded ball-carrier tipped to join Bayern Munich, fulfils for the Dutch champions, but the Frenchman has been asked to play in this way for United before and has struggled.

An effective midfield links a team’s defence with their attack, but United’s central unit hasn’t done this consistently in a long time. To get the blood pumping through the team’s veins again, Ten Hag must get their heart beating first.

Press from the front

Many expected Rangnick to implement a high-pressing style upon taking over as interim manager, but the German coach soon gave up due to a lack of physicality in the squad he inherited.

Ten Hag doesn’t ask his teams to press with the same intensity of Pep Guardiola’s Manchester City or Klopp’s Liverpool, but he will ask United to be proactive when out of possession.

Under Solskjaer, United frequently sat back and played on the counter-attack when they faced Liverpool. The problem was they struggled to play out from the back due to the Reds’ effective high press.

This is the advantage a cohesive pressing strategy can have. It doesn’t just help teams create opportunities and score goals, it makes them a stronger defensive unit.

According to FBref, Liverpool have registered more attacking-third pressures (1,387) than any other team in the Premier League this season while only three teams have registered fewer than United (984). The difference that makes is clear: not only have Liverpool scored 31 more goals than United’s 52 in the league this term, they have conceded just 22, fewer than half the number of their rivals. United’s inability to press has left them ineffective and exposed.

Team goal of the season? 🤯

Liverpool put together 25 passes, with every player apart from Virgil van Dijk touching the ball in the build up to Mo Salah’s goal… pic.twitter.com/wUoYk37pX4

While Liverpool are one of the best-coached teams in the Premier League, they are also one of the toughest in terms of their mentality. The same cannot be said of the current group at United.

Ten Hag is set to inherit a squad that has been accused of checking out for the 2021/22 campaign. Recent performances have been underwhelming partly due to the lack of commitment demonstrated by the players on the pitch. The new manager will have to get players fighting for him just as Liverpool players fight for Klopp.

1998 – For only the second time in their Premier League history, Manchester United have failed to win back-to-back matches despite being ahead at half-time in both, having last done so in December 1998. Slipped. pic.twitter.com/z9mwt6PWuP

Once Ten Hag can get his players pulling in the same direction, he will be able to communicate his ideas and methods more effectively. If, however, the Dutchman can’t win them over early on, he could face the same stubbornness experienced by Rangnick.

Klopp hasn’t just built one of the best teams in the country on the pitch, he has shaped an elite level sporting environment at Anfield. Players succeed at Liverpool because of that environment and Ten Hag needs something similar at United.