Reporter’s notebook: How Newcastle have been transformed by Howe

Sky Sports News’ Keith Downie examines how the appointment of Eddie Howe has revived Newcastle, transformed the outlook for the future and restored hope at St James’ Park…

It was knocking on 11.30pm after a 1-0 victory over Crystal Palace night as Eddie Howe stood in the shadow of the Sir Bobby Robson statue at St James’ Park posing for pictures with the gaggle of fans who had waited behind to greet the Newcastle manager.

He was pretty much the last person to leave the stadium – having earlier led Newcastle to their sixth home win in a row. It was the first time any Magpies team had achieved that feat since 2004 – when the club was then led by the legendary Sir Bobby himself.

Spending time with the fans who had waited in the cold for two hours just to say hello was also the sort of thing the former England boss would do.

“In Howe We Trust” is the phrase on every Newcastle fan’s lips, such is the turnaround since the turn of the year – and the stats show exactly why. The change in mood, hope and togetherness has also been down to the manager.

Since the turn of the year, Newcastle sit second in the Premier League form table – behind only Liverpool. Since January 22 they’ve taken 28 points form a possible 39. They’ve won nine out of 13.

No other team in Premier League history has survived after failing to win any of their opening 14 games. Howe’s Newcastle have dragged themselves to safety with five games to spare.

It hasn’t all been plain sailing, though. Early in Howe’s tenure they returned a 11-1 deficit in successive matches against Leicester, Liverpool and Man City; they then faced the ignominy of being dumped out of the FA Cup at home by League One side Cambridge United; and a ‘must-win’ home clash against fellow-strugglers Norwich hit the skids after a 10th minute red card for Ciaran Clark.

Howe had every right to feel the gods were conspiring against him when Covid prevented him taking charge of his first match at home to Brentford, and he instead had to listen to the delayed noise of the crowd from a nearby city centre hotel. Then when the transfer window opened he soon realised that his weighty job of ‘manager’ was set to extend to ‘director of football’ as well.

But through all of that the 44-year-old knuckled down and trusted the process. He often joked in those opening months that he was yet to see the city in daylight. Except he wasn’t joking – he was in at 6am every single morning and only left the training ground after dark.

As well as putting meticulous preparations in place for the upcoming match, Howe was pinning motivational quotes on the wall and noting down both his new players’ birthdays and their families’ names in his notebook.

It’s that level of detail that has brought everyone closer together and left the players queuing up to wax lyrical about their new boss. Only this week Martin Dubravka told me he’s never spent more time in his career analysing rival strikers, while Jonjo Shelvey said he’s got himself into the shape of his life as a way of repaying Howe for picking him out on his first day in the job as someone he wants to build his team around.

The truth is only some of the current squad will carry on the journey with Howe and the club’s Saudi-backed owners beyond the summer. New additions will arrive and space will need to be made. But they have pretty much all had an opportunity to stake a claim at some point, and they are all buying into his methods and the project as a whole. “We are all just desperate to be part of the journey,” captain Shelvey told me this week.

Take Miguel Almiron for example. The match-winner against Palace – and a moment to savour for the Paraguayan, who hadn’t scored for over a year. Only two weeks ago many predicted he would be one of the first out of the door when the summer transfer window opens. There he was last night, turning in a man-of-the match display and reminding an ever-raucous St James’ Park just what he can do.

Fabian Schar – contract up in the summer – but putting his body on the line game after game for the cause.

Sean Longstaff may have previously sulked and gone into his shell after being brought on to waste a few moments in injury time – last night he bounded out of St James’ Park with a pizza under his arm and a smile as wide as the River Tyne. The local lad was back in training this morning while those that started the match recovered – ensuring that he’s ready to play if selected at Norwich on Saturday.

Look at the likes of Dwight Gayle, Paul Dummett and Federico Fernandez – three players that have hardly had a kick under Howe, yet roaring with delight in each of those now famed dressing room team photos following a victory.

Some will say splashing out £95m in the January transfer window guaranteed success, and the captures of Bruno Guimaraes and Kieran Trippier (despite being injured) offer a glimpse into the kind of future the Toon Army can expect.

But it’s the improvement of some of those that Howe inherited that has been most impressive.

It’s difficult to think of a squad member who hasn’t got better since the turn of the year. The likes of Schar, Shelvey, Joelinton, Emil Krafth and Joe Willock were shadows of their current selves when you think back four or five months.

Guimaraes and Trippier aside, signings Dan Burn, Matt Targett and Chris Wood were far from household names. But Howe has built them into a collective that is now a force to be reckoned with.

St James’ Park for so long has been a place where the home fans and the team were on different pages. The players often wilted under the pressure and disappeared into their shells after going one down. The fans themselves would turn up for the sake of it – not through any hope that the club was moving forward. 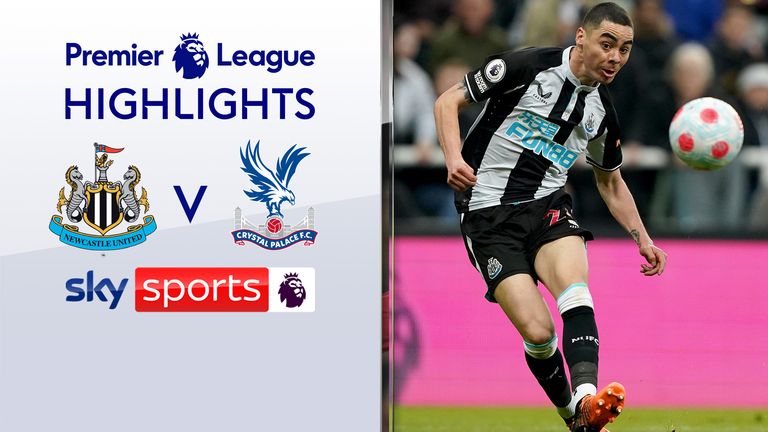 FREE TO WATCH: Highlights of Newcastle United’s win against Crystal Palace in the Premier League.

It lacked love, it lacked ambition, and more than anything it lacked hope. The fans had lost the pride for their team. Now you take a walk around the city on matchday and the atmosphere is electric.

Fans have smiles on their faces, that lost generation of support is re-engaged and spending money in the city’s bars and restaurants on matchdays.

Fans are asking who is in the starting line-up, who are they signing in the summer, and if there is a spare ticket for the game.

The players are getting a buzz form playing in front of the fans whether home or away. The fans are even showing empathy to players who are perhaps needing some comfort – shown by the flag display in personal tribute to Allan Saint-Maximin at the Palace game.

They are selling out every match, not giving away briefs to make the stadium appear it is full.

And they are putting the players on pedestals: on Tuesday the club needed extra security to control the throng of young fans who had made the journey to the club’s training ground to catch a glimpse of their heroes as they arrived for their session. Pre-takeover, and pre-Howe, there were often one or two hanging around to air their grievances.

It’s clear the new owners still have a huge job on their hands, and there are a multitude of things that need to be changed in and around the club. But the feeling has altered, hope has been restored. The club’s loyal fans are enjoying themselves, and it seems to be lasting.

Howe himself said last night that he’s enjoying it too. He admitted he gets five seconds of enjoyment when he opens his eyes in the morning following a win. Then he gets up, puts on his tracksuit and gets stuck into his 12-hour day…

Follow every Newcastle game in the Premier League this season with our live blogs on the Sky Sports website and app, and watch match highlights for free shortly after full-time.

Get all this and more – including notifications sent straight to your phone – by downloading the Sky Sports Scores app and setting Newcastle as your favourite team.

Toone: Euro glory would mean everything - but we want to inspire girls too