When new Manchester United boss Erik ten Hag takes charge of his first Manchester derby, he will be positioned opposite not just a familiar face but a key mentor in the Dutch manager’s early coaching days.

Red Devils fans will hope that Ten Hag will be around to face off many times against former mentor Pep Guardiola, now in charge at their bitter rivals, Manchester City.

The two have a history from their time together in Germany, where Guardiola was in charge and a young Ten Hag the pupil. Now, the old student will look to build United back into a true rival for City.

Since Sir Alex Ferguson retired in 2013, United have managed a victory in just six of their 18 Premier League derbies, losing nine times and drawing three.

Consequently, while three of those six wins against City came by just one goal, City have managed multiple beatdowns to the tune of 4-1, 3-0 and 3-1 in that span. Ten Hag has a job to do in Manchester, and he will have to eclipse his old teacher to do so.

Former FC Twente defender Erik ten Hag retired as a player in 2002, staying at the club and beginning a coaching spell in the Twente youth system. He then earned a promotion to the senior side as an assistant manager under Fred Rutten and Steven McClaren.

Ten Hag departed Twente in 2009, linking back up with Rutten at PSV Eindhoven, whom he helped to a Dutch Cup. That earned Ten Hag his first senior manager role at Eerste Divisie (second division) side Go Ahead Eagles, brought in by shareholder Marc Overmars. He would help earn the club promotion to the top flight via the playoff in his first and only season in charge.

From there, he was offered a job with the Bayern Munich reserve squad in 2013, and took it, joining Guardiola’s managerial staff.

With Bayern Munich II, Ten Hag won the Regionalliga Bayern in the 2013/14 season, which is the regional league of Bavaria, in the fourth tier of German soccer. Players on that team included a 17-year-old Pierre-Emile Hojbjerg and 18-year-old Julian Green, plus Steeven Ribery and Tobias Schweinsteiger, the younger brothers of Bayern stars Franck Ribery and Bastian Schweinsteiger. 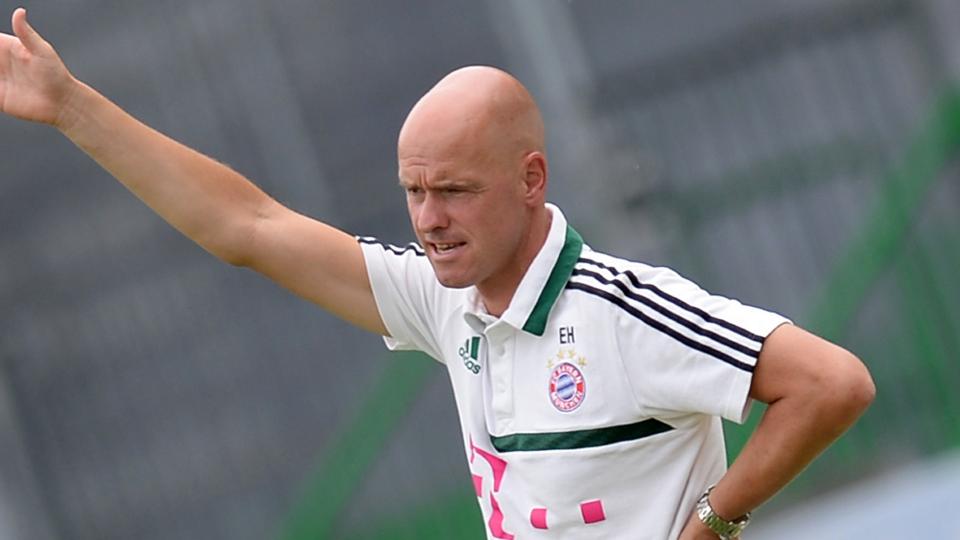 Ten Hag spent two seasons in Germany before returning home to the Netherlands to take charge of Eredivisie side FC Utrecht, where he was hired as manager and sporting director.

While he spent just two years in Germany under Guardiola, it is clear the effect his time there had on Ten Hag’s managerial style and setup.

Ten Hag’s 4-2-3-1 formation has a typical Guardiola fluidity to it, transitioning to a back-three while in possession and pushing high up the pitch.

He also employs a similar counter-press, looking to win the ball back quickly after giving away possession. While it’s not quite the German-style Gegenpress that the likes of Jurgen Klopp have made famous, it still pushes hard to regain possession quickly once lost in attacking areas.

What has Pep Guardiola said about Erik ten Hag?

While rumours were flying about Ten Hag’s place atop Manchester United’s wish list in early April, Guardiola spoke very highly of the Dutchman.

“If I was 100% I would call Manchester United and tell them: ‘Guys, you have to take him,’” Guardiola said at a press conference on April 1.

“He’s a good manager, there is no doubt. But there were good managers there in the past since Sir Alex left. You cannot say that David Moyes is not a good manager or Louis van Gaal or Jose Mourinho. I think all the managers that have been at United have been excellent.” 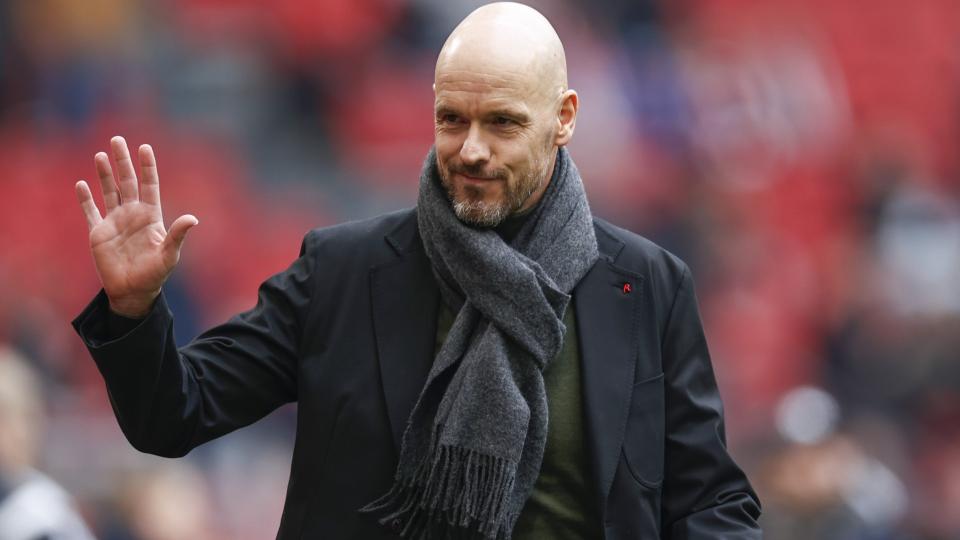 “Could Erik ten Hag be here at City? Definitely. I think he could be the one.” The Man City boss then joked, “I will say to [director of football] Txiki [Begiristain] now.”

A few weeks later, Guardiola echoed those thoughts again: “We spoke quite regularly and he is just an incredible person and human being. I was surprised at how humble he was. For his qualities, just take a look at his Ajax team in the last years. It is a joy to watch. In many, many games, not just the year they got to the Champions League semi-final.”

“In terms of qualities, just look at his teams. To define a manager, watch his team for a long time. This is a team, and this manager makes the players play.”

What has Erik ten Hag said about Pep Guardiola?

“I learned a lot from Guardiola,” Ten Hag told a press conference in February 2019 ahead of Ajax’s run to the Champions League semi-finals. 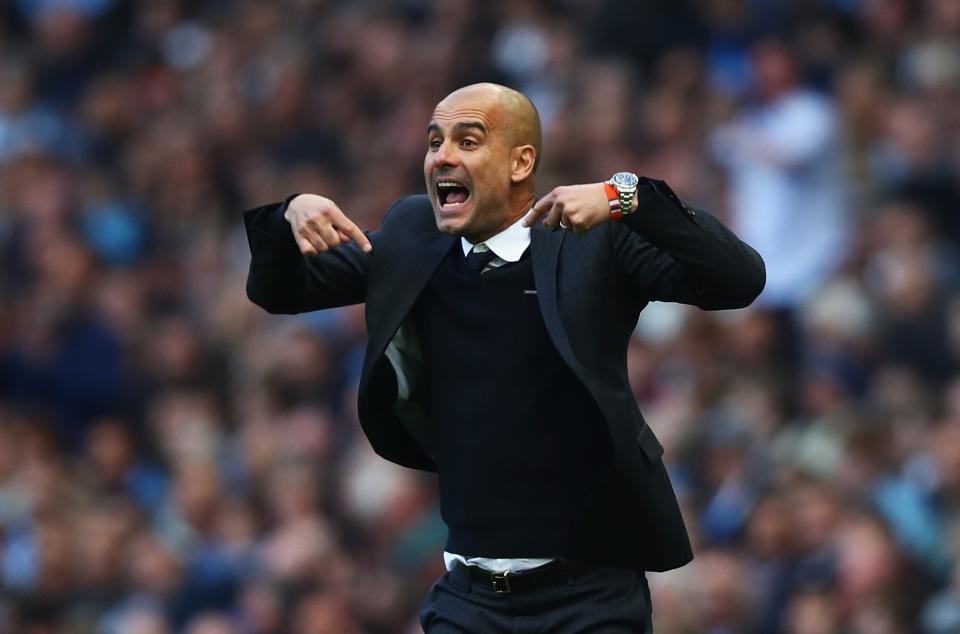 “His philosophy is sensational, what he did in Barcelona, Bayern and now with Manchester City, that attacking and attractive style sees him win a lot. It’s this structure that I’ve tried to implement with Ajax.”

He continued in 2020, telling Voetbal International: “Nobody will ever forget ­Guardiola. He has won so many trophies for a start – but it is mainly about how his teams play.

“Guardiola only wants to win games with beautiful football, just like his teacher Johan Cruyff. And what makes him stand out is that he is proving his quality as a top coach in Spain, Germany and now England. He has adapted to the culture in every country.”

He even learns from Guardiola’s mistakes, saying in that same 2020 interview: “Only once in his career has Pep made a mistake – his first year at ­Manchester City when he ­underestimated the power and speed of the Premier League. He realised you can’t play the football he loves without a couple of physically strong athletes.”