Barnsley relegated to League One after defeat to Huddersfield

Barnsley have been relegated from the Sky Bet Championship after falling to a 2-1 defeat against Huddersfield at the John Smith’s Stadium.

The Tykes’ exit from the second tier after a three-season stay was confirmed on Friday night, after first-half goals from Jordan Rhodes (4) and Harry Toffolo (45+1).

Second half substitute Callum Styles halved the deficit in the final seconds of injury time, but though the finish was emphatic, it was little more than a consolation (90+7).

Poya Asbaghi’s men will join Derby – who were relegated after a 1-0 defeat to QPR on Easter Monday – in Sky Bet League One after their eighth relegation from the division in their history – the joint-most along with Bristol City and Grimsby.

Huddersfield, meanwhile, secured a play-off spot at the very least as a result, and moved back to within a point of second-placed Bournemouth, who face already promoted Fulham on Saturday afternoon. 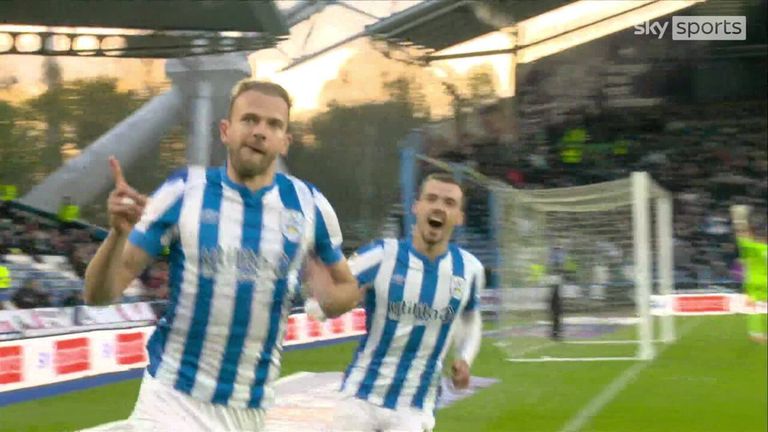 Jordan Rhodes headed Huddersfield into the lead against Barnsley.

Barnsley are back in action at 7.45pm on Tuesday April 26, when they welcome Blackpool to Oakwell, while at 3pm on Saturday April 30, Huddersfield travel to the Coventry Building Society Arena to face Coventry.

Hamilton on 'underperforming' Merc: 'Each weekend is a rescue'