Can Bucks, Suns still make it back to the NBA Finals?

The road back to the NBA Finals has become bumpy for the Phoenix Suns and Milwaukee Bucks.

Devin Booker strained his right hamstring on Tuesday in Phoenix and Khris Middleton sprained his left knee a night later in Milwaukee, leaving both teams without one of their All-Stars.

That was not all they lost. Both teams went on to fall in those Game 2s and find themselves tied as their series switch sites on Friday night.

The Suns will be at New Orleans, while the Bucks make the short trip to Chicago live on Sky Sports Arena from 12.30am.

Miami takes a 2-0 lead into Atlanta in the other game on the schedule on Friday.

Milwaukee had to overcome the loss of Giannis Antetokounmpo to a knee injury last season during the Eastern Conference finals, winning the final two games against Atlanta in part because of how well Middleton played. 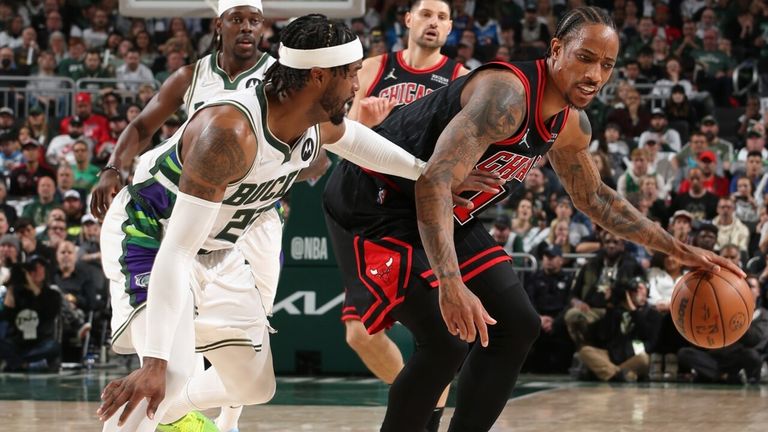 Now the Bucks will have to find a way without Middleton, who underwent testing on Thursday that confirmed the diagnosis of a sprained left MCL. The Bucks said he would be treated daily and his status would be updated in approximately two weeks, which means he will miss at least the rest of the first round.

“Obviously, it’s a challenge. We kind of know the deal now,” Antetokounmpo said. “We’ve got to go and get one on the road. It’s going to be hard. Nobody says it’s going to be easy. But we know what the deal is. Khris is down. But we have a great team, talented team, tough team. Hopefully, we can go out here and compete to the highest of our ability.

“Do we thrive in adversity? We’ll see. We cannot predict the future but hopefully we can be ready to compete in Game 3.”

Middleton and teammate Jrue Holiday flew with Booker to Tokyo last summer for the Olympics, just after the Bucks erased a 2-0 deficit in the NBA Finals to deny Phoenix its first NBA championship.

The Suns returned this season and soared through the best regular season in franchise history, rolling to an NBA-best 64-18 record. But they got just one win to open the postseason before Booker was hurt after scoring 31 points in the first half of Game 2. Then the Pelicans, who had to win two play-in games just to make the postseason, rallied for a 125-114 victory behind 37 points, 11 rebounds and nine assists for Brandon Ingram.

The Suns played through Booker’s absence because of hamstring trouble earlier in the season and a stretch without Chris Paul after the All-Star break because of a hand injury, so they also have experience having to get by without a star.

“We’re going to need everybody throughout this deep playoff run that we hope that we have,” Paul said. “So it’s been a season like that for us. Next man up. Guys stay ready.”