Masters champion and world No 1 Scottie Scheffler tied for 17th place as he and partner Ryan Palmer shoot eight-under-par 64; watch Zurich Classic of New Orleans all week on Sky Sports Golf; Friday’s action on red button from 2.15pm and main channel from 6pm

Patrick Cantlay and Xander Schauffele shot a tournament-record 13-under-par 59 in the first round of the Zurich Classic of New Orleans to take a one-shot lead in the team event.

Cantlay drained a 27-foot eagle putt at the par-five second hole to get the pair’s round rolling and they finished with 11 birdies, including on each of the final three holes at TPC Louisiana.

The duo’s score won’t go down as an official round of 59 but Schauffele said: “It counts for me. I haven’t done it before and I don’t think Pat has either. I’ll count it in my book.”

Cantlay and Schauffele are a stroke clear of US compatriots Matthew NeSmith and Taylor Moore with England’s Aaron Rai and his American partner David Lipsky in a share of third place at 11 under par. 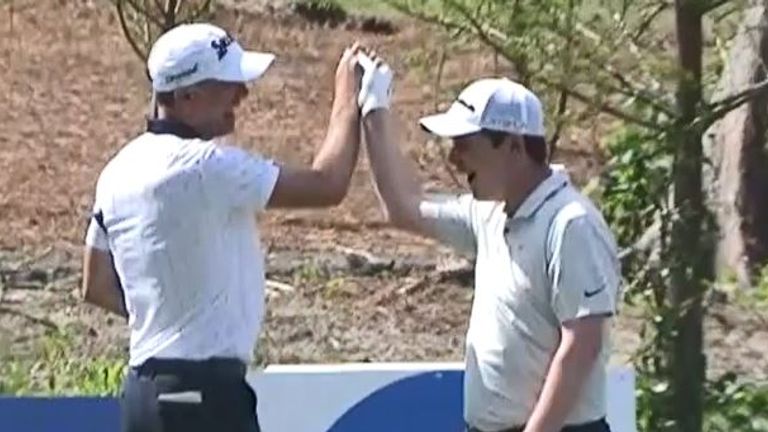 Rai and Lipsky are joined at that mark by Tommy Gainey and Robert Garrigus, the latter whom this week asked the PGA Tour for permission to play in the opening Saudi Golf League event.

Masters champion and world No 1 Scottie Scheffler is in a tie for 17th place with he and partner Ryan Palmer carding an eight-under-par 64 in the opening day’s fourballs.

Shane Lowry and Ian Poulter are also at eight-under, while England’s Danny Willett and Tyrrell Hatton are one stroke better off at nine-under par, giving them a share of ninth place.

Defending champions Cameron Smith and Marc Leishman of Australia opened with a seven-under 65, as did another powerhouse pairing in Viktor Hovland and Collin Morikawa.

In fourballs, both golfers play each hole with the best score counting, while in foursomes players take alternate shots

Watch the Zurich Classic of New Orleans all week on Sky Sports Golf.

Get the best prices and book a round at one of 1,700 courses across the UK & Ireland

Fury, Whyte, AJ? Wallin 'ready' for any of them