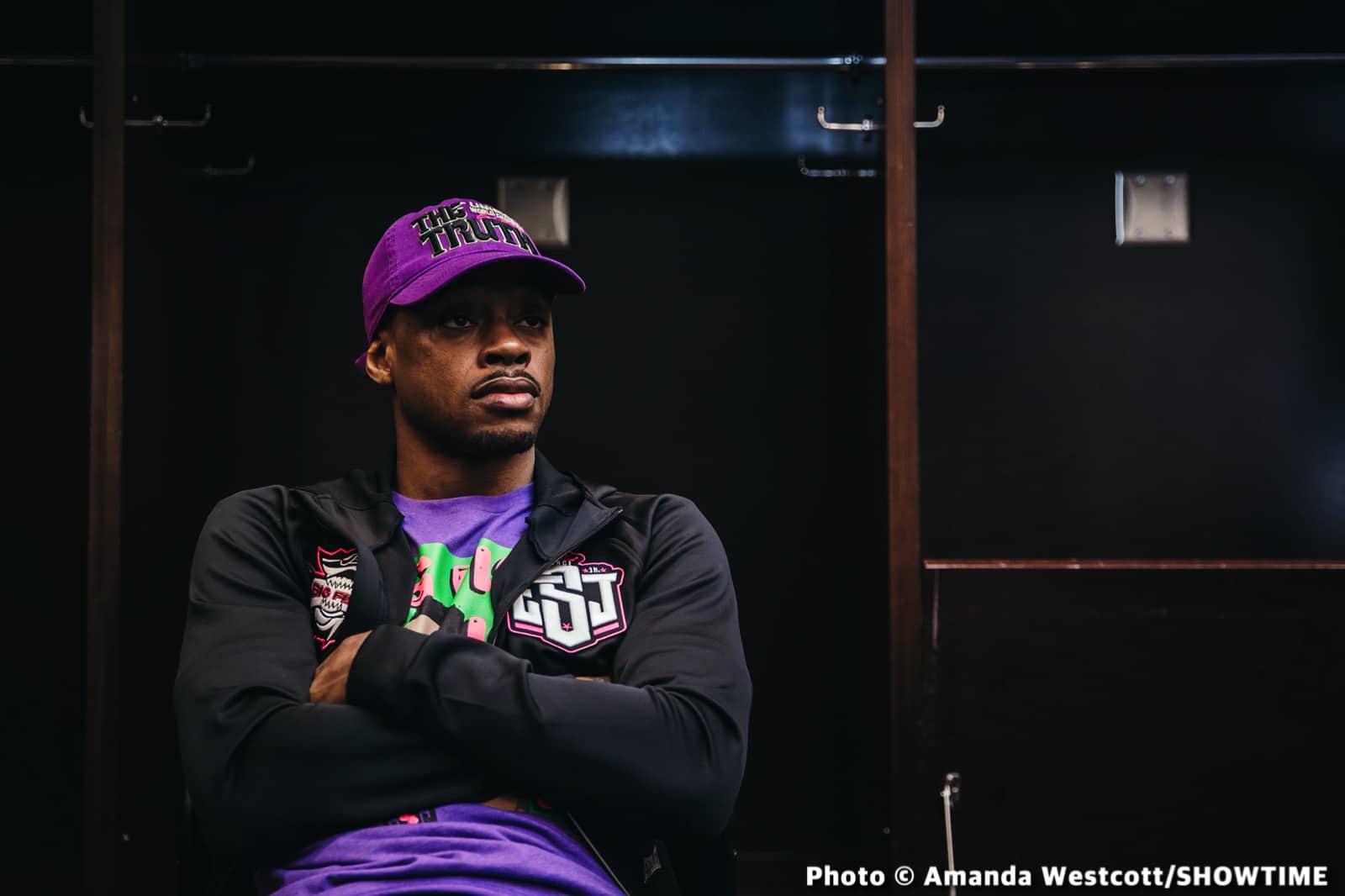 By Chris Williams: Errol Spence Jr says he now “guarantees” his fight with Terence Crawford will occur this year for all the marbles at 147. According to IBF/WBA/WBC welterweight champion Spence (28-0, 22 KOs), “it’s now or never” to fight WBO belt holder Crawford.

Spence will be moving up to 154 after this year, so his offer to fight the unbeaten Crawford (38-0, 29 KOs) for the 147-lb championship will be off the table if it doesn’t happen now.

It’s going to be up to Crawford, 34, and his management team to be sensible and now price themselves out during the negotiations.

If the deal doesn’t get done, Spence will likely move up to 154 right away in his next fight rather than stick around and throw a bone to the faded, needy Keith ‘One Time’ Thurman.

Other than Crawford, Thurman is the only name fighter left at 147 worth fighting. Spence already made it clear he’s not going to fight Thurman due to the many years he ignored him when he asked for the opportunity.

The British welterweight Conor Benn is too green to fight Spence, and his promoter Eddie Hearn isn’t about to wreck the good thing they have going fighting lesser opposition in the UK and making easy money against the stiffs dug up for him.

While Crawford is rated highly on the pound-for-pound lists, he’s not a pay-per-view draw, he doesn’t bring in massive crowds like Spence, and he only has one title compared to his three. For that reason, Crawford will need to agree to have his head on straight.

“It wouldn’t have mattered anyway because it would have made me more assertive if they had called that a knockdown and his loss would have happened a lot sooner,” said Errol Spence Jr. to Dan Rafael’s Fight Freaks Unite Podcast when asked what would have happened if Yordenis Ugas had dropped him in the sixth.

“I think so [Crawford clash happens], it’s now or never. I don’t see any other fight that’s more appealing than this one for me and for him. There’s no other fight.

Read: Whyte doubtful about Fury retiring after their fight on Saturday

NEXT: Canelo says Oscar Valdez must “Focus on winning and not putting on a show” against Shakur Stevenson