Juranovic out but Giakoumakis returns for Celtic’s title run-in

Celtic striker Giorgos Giakoumakis is back in contention for the title run in but defender Josip Juranovic is facing at least “a couple of weeks” out injured.

The defender was forced off during their Scottish Cup semi-final defeat to Rangers and will miss Sunday’s Scottish Premiership game at Ross County, live on Sky Sports.

Manager Ange Postecoglou is hoping to have the Croatian international back before the end of the season.

“It’s hard to say, it’s one of those where the injury really hasn’t settled down yet so it’s fair to say it’ll be at least a couple of weeks and after that, we’ll just have to see how he recovers.”

Striker Giorgos Giakoumakis will return this weekend after missing the Scottish Cup defeat with a hamstring problem.

“He trained earlier in the week, reintegrated into the squad and he’s done the last two sessions fully,” said the Australian.

With Rangers playing away to Motherwell on Saturday, Celtic know if they beat County they will be, at worst, six points clear at the top of the Scottish Premiership with four games to go.

Anthony Ralston scored a 97th-minute winner the last time the Hoops travelled to Dingwall in December, but Postecoglou is not focusing on that game ahead of their return. 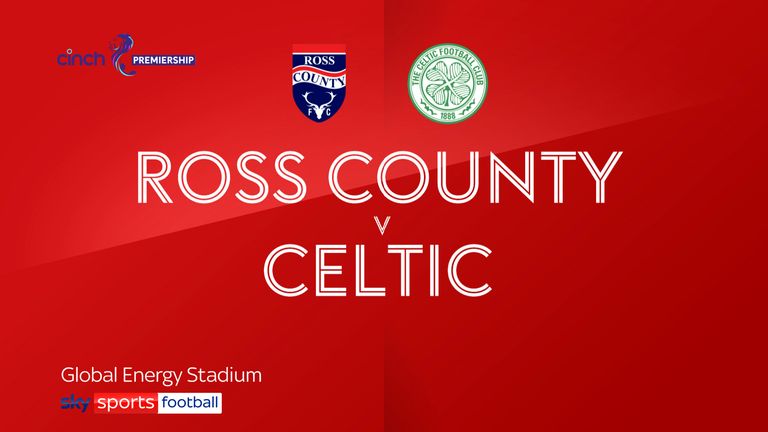 Highlights of the Scottish Premiership match between Ross County and Celtic.

“We’ve been very consistent with our performances for a long period of time,” he said.

“Every game is a challenge home or away and Ross County have been fantastic especially the second half of the year.”