As Paul Pogba walked off cupping his ears to an Old Trafford barracking last Saturday, it occurred that it wasn’t even the first time he had been in this situation.

When Manchester United rounded off their 2018/19 campaign with a 2-0 home defeat to relegated Cardiff City, Pogba ended up in an unseemly altercation with supporters during a lap of honour around a half-empty stadium.

That was three years ago, after the initial bounce and buzz of “Ole’s at the wheel”, three years on from the fanfare of #POGBACK and his then world-record transfer from Juventus, and before his most consistent run of form for the club under Ole Gunnar Solskjaer in the 2020/21 season.

Now, then and at pretty much any point in between it’s generally seemed to come back to the notion that much of the post-Alex Ferguson shambles at United is Pogba’s fault.

The France midfielder is a symbol of the failure, waste and mismanagement of a dire period for England’s most successful club. After being told where to go for his contribution to the 3-2 win over Norwich City, he limped off during the early stages of Tuesday’s humiliating 4-0 defeat at Liverpool with a calf injury.

“It is very unlikely he will play again until the end of the season,” said interim manager Ralf Rangnick ahead of Saturday’s trip to Arsenal.

It’s hard to escape the sense that it never had to end with such a wimper. There’s certainly plenty of blame to share around.

What went wrong between Paul Pogba and Jose Mourinho?

“He gave me energy, he gave me positivity,” Pogba said of his new manager in 2016, the former United youth product having rejoined for £89.3million from the Serie A champions.

“They all told me he’s the coach for me — he will make me improve a lot and make me work harder.”

This rosy view of how things might pan out under Jose Mourinho rarely chimed with reality.

“Once I had a great relationship with Mourinho, everybody saw that, and the next day you don’t know what happened,” Pogba told Sky Sports in April last year. “That’s the strange thing I had with Mourinho and I cannot explain to you because even I don’t know.”

To try to shed some light on this for Pogba and everyone else, we can see a patchy first season together at least ended with United lifting the League Cup and Europa League. Mourinho even defended the player against criticism of his performances from “Einsteins” in the media. 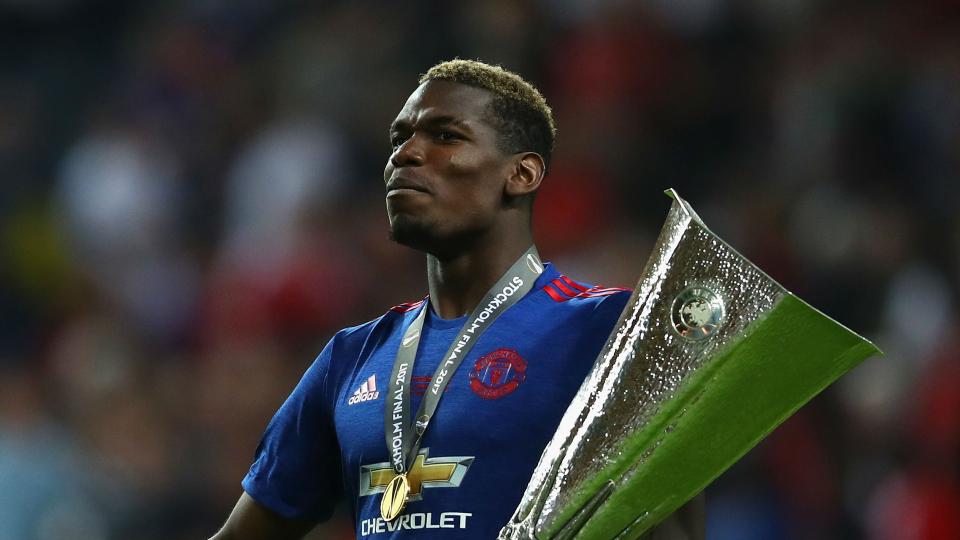 As United fell way behind Pep Guardiola’s record-breaking Manchester City in the 2017/18 Premier League title race, the mood music changed. Pogba was hauled off during defeats to Tottenham and Newcastle United before being benched for both legs of the Champions League exit to Sevilla that preceded Mourinho’s infamous “football heritage” soliloquy.

He still managed a bravura display as United came from 2-0 behind to beat City 3-2 and deny their neighbours the bragging rights of claiming the title with victory in the Manchester derby. However, Pogba’s two-goal heroics came after Guardiola’s pre-match claims that the player had been offered to him by the recurring villain of this piece, superagent Mino Raiola. Increasingly, nothing ever seemed simple.

By the time the former Chelsea and Real Madrid boss was sacked on the back of a 3-1 December 2018 defeat to Liverpool at Anfield, Pogba had been stripped of United’s vice-captaincy having criticised the team’s defensive style and been filmed having a prolonged disagreement with his manager in training.

How did Paul Pogba play under Ole Gunnar Solskjaer?

“I’ve worked with Paul before and enjoyed the two days we’ve had and will enjoy working with him and the rest of them in the next four or five months,” said Solskjaer, United’s reserve-team manager during Pogba’s formative years, in the aftermath of a 5-1 win at Cardiff City — the first game of his tenure as the senior side’s interim boss in December 2018.

Pogba followed that impressive showing with braces against Huddersfield Town and Bournemouth and ended the season with 16 goals and 11 assists in all competitions, still comfortably his best return at Old Trafford in terms of goal involvements. 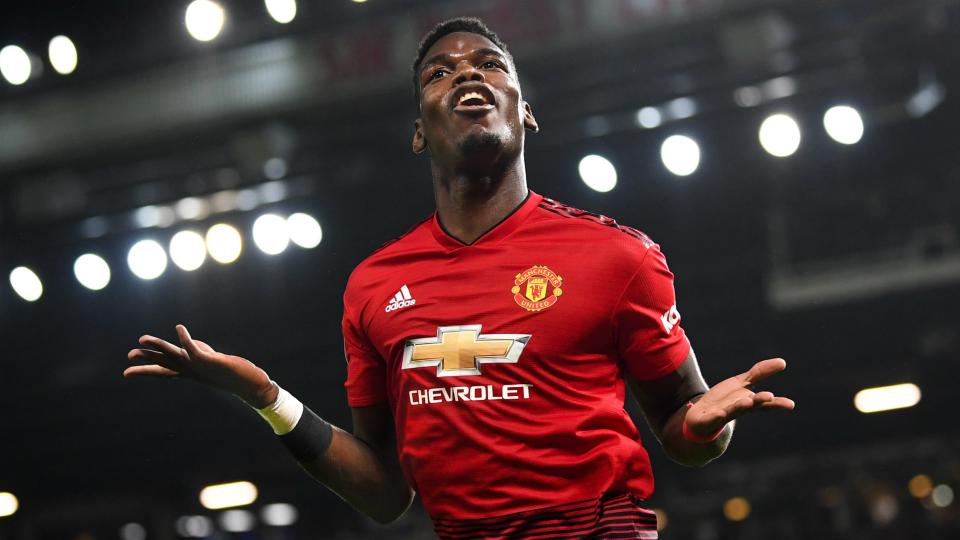 Injuries and relentless Raiola chat about Pogba’s future — a constant theme and one that has continued to foster ill-feeling — then interrupted a pandemic-disrupted 2019/20.

Although United never truly mounted a title challenge in 2020/21, their second-place finish saw Solskjaer benefit from Pogba’s most consistent season. He showed capabilities as both a controlling midfield presence and one who could rove with attacking intent off the left flank.

In the latter position, he racked up four assists during United’s 6-1 dismantling of Leeds United on the opening day of this season and got another in the subsequent 1-1 draw against Southampton.

5 – Paul Pogba is the first player in Premier League history to register five assists after his team’s first two games of a single season. Inventive. pic.twitter.com/2pR3W3YIBg

But then United signed Cristiano Ronaldo, the striker who likes to drift out onto the left flank, and Jadon Sancho, the winger who would solve their problem position on the right if it wasn’t for his preference for playing on the left.

Pogba was shunted back into the rotating cast of players at United who never fully convince with more defensive midfield duties and was a forlorn figure by the time the end came for Solskjaer. His red card for a risible challenge on Liverpool’s Naby Keita in October looked an awful lot like a player trying to find a way out of a humiliating 5-0 thrashing.

And yet, until he joined United’s troublesome injury list. he remained their best hope of inspiring a performance beyond their recent dismal levels.

Pogba’s big-game pedigree is hard to dispute on account of his performances for France.

At the 2018 World Cup, he was excellent alongside the all-action N’Golo Kante in central midfield as Didier Deschamps’ men plotted a route to the final. Pogba’s excellent goal against Croatia in Moscow was a pivotal moment in Les Bleus’ 4-2 victory.

France could not back that up with Euro 2020 glory as they were dramatically knocked out by Switzerland on penalties, but not before Pogba had scored a screamer in that game and generally purred throughout the competition. Kylian Mbappe was cast in his team-mate’s United role of everything being his fault.

Pogba’s post-Euros alliance with Aurelien Tchouameni has further underlined the fact that, within a defined and settled team structure like the one he enjoyed at Juventus alongside Andrea Pirlo, Claudio Marchisio and Arturo Vidal, he remains a magnificent player. 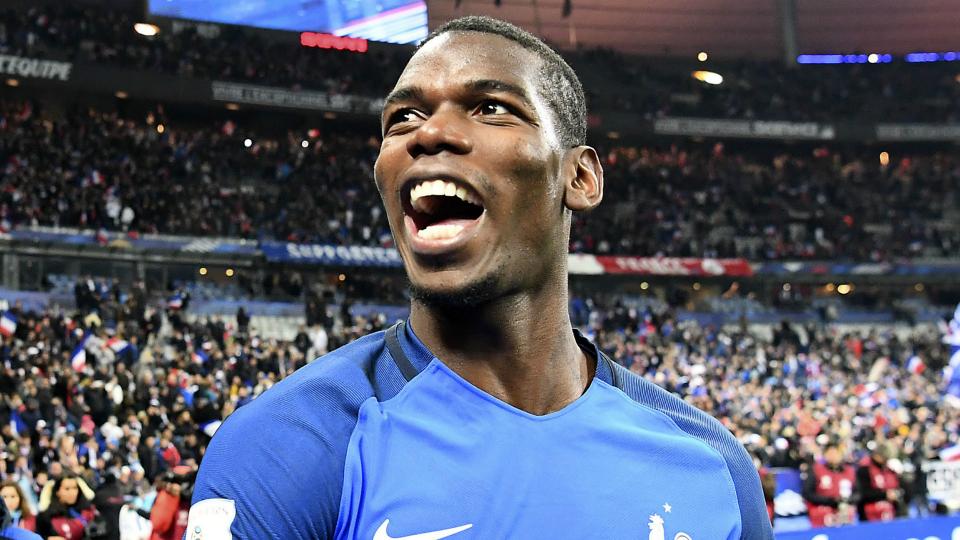 At United, there has remained a fixation that he can be the Bryan Robson or Roy Keane box-to-box archetype, putting out every fire and solving every problem. For all the times Pogba must answer to himself for some poor performances in a red shirt and accept a large degree of culpability for his motormouth agent, he has often been on a hiding to nothing.

Like so many of the decisions made post-Ferguson, his signing was one that made huge and instant commercial sense, while it was hoped the footballing side of things would sort itself out in due course.

Of course, under Mourinho, Solskjaer and now Ralf Rangnick, it never truly did. The defined role and sense of purpose he has with France has been lacking at club level.

He was a brilliant midfielder when he joined and remains one on the other side of six years of acrimony. The gossip columns will throng accordingly as the final months of his contract tick down.

With or without his latest injury, things were probably beyond salvaging. A start showing against Arsenal or anyone else wouldn’t have made up for half a dozen seasons of frustration; rather given another shimmering moment to remember through the gloom — one last ‘what might have been’ for a blockbuster transfer that never needed to go as wrong as it has.

Can Sainz pull off the sprint race recovery he needs to rebound from crash? | 2022 Emilia-Romagna GP qualifying analysis