What is a lineal champion? Tyson Fury’s titles, past boxing champions & the rankings system

When Tyson Fury and Dillian Whyte meet in a heavyweight boxing title fight at Wembley Stadium on April 23, the bout will reopen a familiar – and sometimes-confusing – debate about the sport’s lineal championship.

A noted historian of the sport in which he is unbeaten, Fury is known to talk with typical passion about being the lineal champion and what that means. There is, however, some debate around his claims.

Will Fury or Whyte become the lineal champion? How is the accolade decided and awarded? Which fighters have called themselves lineal kings in boxing history? The Sporting News takes a look.

What is the lineal champion in boxing?

You might recall Fury brashly proclaiming at press conferences that he is, “the man who beat the man” – and that’s one succinct way of describing what many understand as the path that entitles a boxer to call themselves a lineal champion.

When Fury memorably shocked the world by beating Wladimir Klitschko in 2015, he became the latest in a long line of fighters to beat the champion and win their titles, stretching back more than a century. 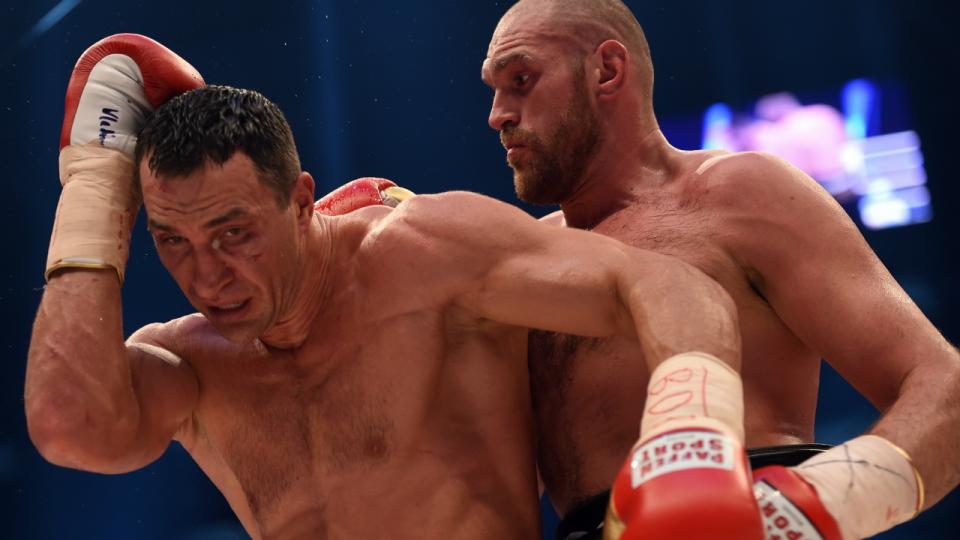 Is Tyson Fury the lineal champion?

Fury and his father, John, have frequently and persuasively set out the reasons why they proudly believe that the towering Mancunian is rightfully a lineal champion as a result of that points win over his immediate predecessor, Klitschko, in Dusseldorf.

Their view is not without counter-arguments from fellow boxing obsessives. Some interpret the word lineal to mean an unbroken streak of defenses in this context. Fury’s path has been far more complicated than that, including almost three years away from the sport after he beat Klitschko.

When he recorded the first of his two wins against Deontay Wilder in Las Vegas in February 2020, Fury regained The Ring title, denoting the man deemed to be the lineal champion by the publication that belt is named after.

What is The Ring Magazine title?

Fans and commentators have long criticized the number of titles available in boxing. Nathaniel Fleischer, the editor and co-founder of The Ring Magazine, attempted to end the confusion by identifying the real champion for much of the 20th century through monthly rankings and belts.

MORE: Is Tyson Fury going to retire? Why fight against Dillian Whyte could be heavyweight champion’s last

The Ring introduced policy changes during the 1990s and in 2012. That meant the title had less to do with lineage, as well as allowing leading contenders in the rankings to challenge the number one. That led to more debate and controversy, but the belt still exists and is respected today.

What happened with Tyson Fury’s belts?

Fury won Klitschko’s WBA, IBF, WBO and The Ring titles in Germany, only to vacate them during a pending investigation over anti-doping and medical issues in October 2016. The champion, known as “The Gypsy King,” lost his boxing license the following day.

More than two years into his high-profile absence from the ring, Fury was set a deadline by The Ring of January 31, 2018 to defend his title by facing their mandatory challenger, Vyacheslav Glazkov.

When that fight failed to go ahead, Fury, who was recovering from mental health and addiction issues at the time, was stripped of the title. He publicly apologized to The Ring, thanking them for their patience and claimed that he had set a new precedent by splitting the belt from the lineal route for the first time since 1922.

Just like to thank the @ringmagazine for being so patient with me over the last few years. this will be the first time since 1922 that the ring magazine will split from the heavyweight lineage. Tyson fury always setting precedences. 🙏🏻 https://t.co/fJR0MKDsTN

Who has been lineal boxing champion?

From early champions such as Jack Johnson and Rocky Marciano to later greats including Muhammad Ali and Mike Tyson, iconic athletes have been considered lineal champions.

There have been other complications along the way: Ali suffered a rare stripping when he had his boxing license revoked, and fighters such as Lennox Lewis could be considered to have interrupted the chain by retiring as champions.

Then there are the holders whose reigns were fleeting but no less worthy, including James “Buster” Douglas – the unheralded challenger who became undisputed champion for less than nine months by stunning Tyson in 1990.

“I never even heard of the lineal title until he talked about it.” – @BronzeBomber

What titles has Dillian Whyte held?

Never one to show a lack of self-belief, Whyte will likely boast being the lineal champion should he win the biggest fight of his career with an upset against Fury at Wembley.

The power puncher known as “The Body Snatcher” has held and lost a variety of titles since 2015, including the British, Commonwealth, and IBO International titles and the interim WBC crown.

Whyte, 34, will attempt to win The Ring belt for the first time when he pursues an underdog 29th victory in 31 fights. He had a close-up look at the spoils offered to him when Fury paraded his belts at the final pre-fight press conference at England’s national stadium.

Even if it does not fully settle the debate for some, another piece of boxing history will be made when Fury and Whyte trade blows in front of an expected crowd of 90,000+ at England’s national stadium.