Dundee’s Premiership future looks bleak after they could only draw 1-1 against St Johnstone at Dens Park.

The home side stormed into an early lead through Jordan Marshall before Shaun Rooney equalised for the visitors in the second half to secure a point against their relegation rivals.

Dundee have only won five Premiership matches in total so far while Saints have now taken maximum points from three out of their last four games.

St Johnstone had the first chance of the afternoon when defender Jamie McCart sent a lobbed effort onto the roof of Dundee goalkeeper Ian Lawlor’s net.

However, it was the home side who opened the scoring in the 10th minute.

Max Anderson played the ball into Paul McGowan who spun before teeing-up Marshall on the edge of the box and the left-back made no mistake, drilling his shot low past St Johnstone goalkeeper Zander Clark and into the bottom corner.

Dundee’s tails were up and they carved out another promising opening shortly afterwards but McGowan’s powerful shot was blocked.

St Johnstone struggled to find a response, with Dundee easily coping with their attempts to gain a foothold in the game.

Lawlor was finally called into action in the 35th minute when he acrobatically saved a long-range piledriver from Nadir Ciftci, turning the ball behind for a corner.

Callum Hendry had a great chance for the visitors moments later when he had a clear sight of goal but failed to capitalise and sent his shot wide.

Saints made the better start to the second half but again struggled to carve out clear-cut chances.

Instead, with so much at stake for both sides, the game became a grim war of attrition, with the respective keepers having little or nothing to do.

Saints eventually came close when Callum Booth and then Ciftci had efforts blocked, and they finally found a way through in the 68th minute.

Melker Hallberg swung a corner in from the left with Rooney rising highest to power a header into the back of the net, although Lawlor should have done better.

Saints came close to edging in front when Hendry hit a low shot from 20 yards but Lawlor dived to his left to turn the ball away for a corner.

Dundee huffed and puffed, desperately seeking a goal that would potentially give them a Premiership lifeline, but Saints saw out the game much to the delight of their 2,000-strong travelling support. 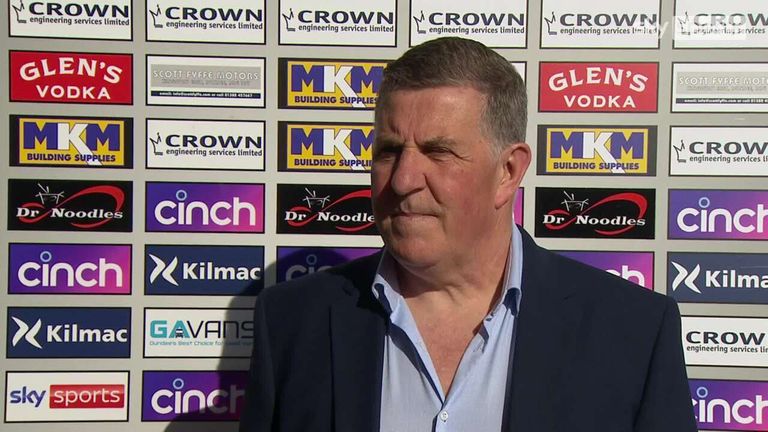 Mark McGhee insists Dundee can still avoid relegation from the Scottish Premiership despite a 1-1 draw against St Johnstone who are five points ahead of his side with four games left.

Dundee manager Mark McGhee: “The result was fair. The first goal was everything I’d seen in training and everything I had hoped for. I thought we would kick on from that and that this would be the day to get the win. In the second half, we weren’t able to do that.

“The one thing I am saying is that we are not conceding. We can win a game. If we win next week, then who knows? Maybe we can win another. We will keep going until it’s mathematically impossible for us to get the points we need.

“The players have got Monday off and I’ve told them to come back ready to prepare for Aberdeen in the same way. You saw how they prepared as they came out the traps really well.” 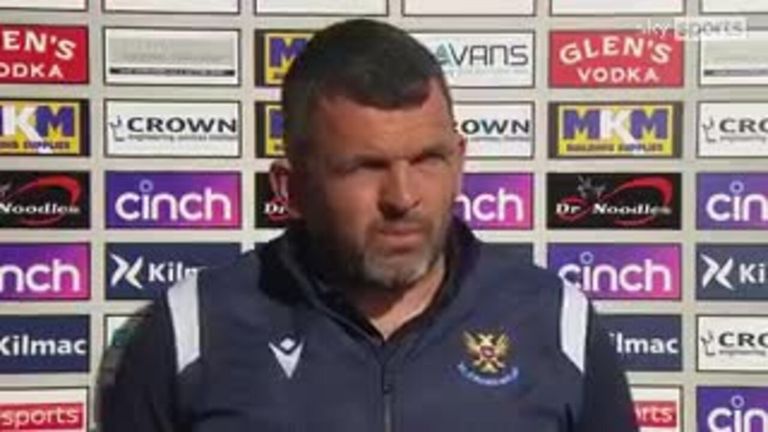 St Johnstone boss Callum Davidson was pleased with the draw at Dundee and hopes to put pressure on St Mirren in a bid to move out of 11th spot.

St Johnstone boss Callum Davidson: “We are five points behind St Mirren and Aberdeen as well, so it’s a huge game next week. I think we need to take each game as it comes.

“We need more of that, especially from the middle part of the game. I want that courage to go and play, not just go long and fight for second balls.

“At times, yes, go forward, but try and play in good areas and get chances. Hopefully we can do that in the coming games.

“I also thought the travelling support were very noisy and a big thanks to them.

“They helped us get the point.”

'A fairy tale' - the story of Forest Green's promotion