In contrast, Stephen Robinson’s side are now just five points clear of 11th-placed St Johnstone who they face next week in Perth.

Hibs made one change from the team that lost to Hearts in the Scottish Cup semi-final. The suspended Ryan Porteous missed out, replaced by Elias Melkersen.

James Scott had the first chance of the game for the visitors but his effort from the edge of the box went well wide.

Saints were forced into an early change when Richard Tait picked up an injury and was replaced by Jay Henderson, who had a shot soon after that was off target.

Chris Cadden hobbled off soon after with Josh Doig coming on in his place, prompting a defensive reshuffle for Hibs.

Jay Henderson was next to threaten in a half of few chances, his cross from the right narrowly missing Eamonn Brophy before being cleared for a St Mirren corner that came to nothing.

The striker did get a head on Scott Tanser’s cross not long afterwards but directed it straight at Hibs goalkeeper Matt Macey.

Brophy lasted only four minutes into the second period before an injury forced him off, with Alex Greive coming on in his place.

Jay Henderson had the next chance of the match, a shot that was deflected for a corner.

Hibs then threatened at the other end. Joe Newell’s cross found Scott but his header was too close to Alnwick who made an easy save.

The visitors, though, made the breakthrough after 74 minutes. Harry Clarke beat the St Mirren offside trap and played in Ewan Henderson who finished well from a difficult angle.

St Mirren should have been level not long after when a ball fell invitingly for Tanser but from close range his half-volley struck the bar.

Greive had a shot saved and Main headed over as the home side looked in desperation for an equaliser that never came. 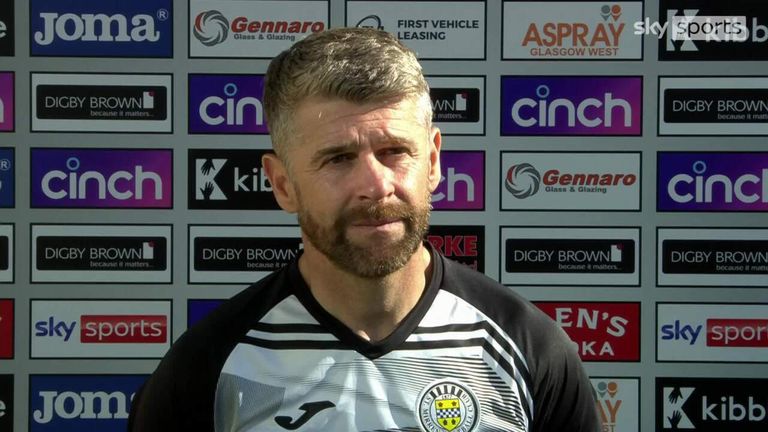 Stephen Robinson says he will ‘take the criticism’ after St Mirren lost to Hibernian and says the club must stick together to ensure they finish above the bottom two.

St Mirren manager Stephen Robinson: “I knew we needed points on the board, we didn’t get them. But the boys are giving me absolutely everything. We’re just not getting the rub of the green.

“Hibs had one chance and it’s one goal. We hit the bar, it’s just not going our way at the moment.

“I said to the boys that I’ll take the criticism as results haven’t been good enough since I came in. It was five massive games before today and now it’s four. It’s still very much in our hands.” 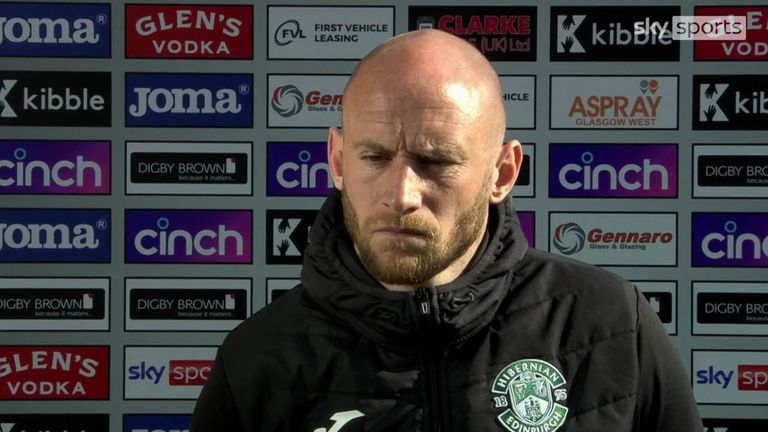 Hibernian caretaker manager David Gray: “I enjoy winning, that’s the most important thing, and that’s the feeling and the message I just gave to the players which is to enjoy winning games of football.

“The message was that we need to finish the season as well as we possibly can, use the disappointment of not achieving what we set out to do, which was a fourth-place finish and European football.

“Nobody’s shied away from that, we failed to achieve that, and the reaction has been fantastic. I think the performance and attitude towards the performance today showed that.”

St Mirren have a huge relegation clash at St Johnstone on Saturday, April 30 at 3pm while Hibernian go to Livingston on the same day and kick-off time.

Pep: Nothing changes in title race | 'Jesus deserves this moment'