Thomas Frank allowed himself a glass of red wine to savour Brentford’s remarkable first Premier League season and toast an injury-time victory which moved them into the top half – but soon the ‘curse’ was back.

It is one Frank describes as having a grip on the club to never be satisfied with where they are, even now at their highest point, back in the top-flight for the first time since 1947.

“You want to get even further and the development from when I stepped in here the first time in December 2016 to now is through the roof, but we always want more,” Frank told Sky Sports ahead of their Saturday Night Football clash with Tottenham.

“That is the ‘curse’ that we have here, we are never satisfied. I have my 24 hours where we celebrate and enjoy a glass of red or whatever but after that we’re pushing, pushing, pushing to get better.” 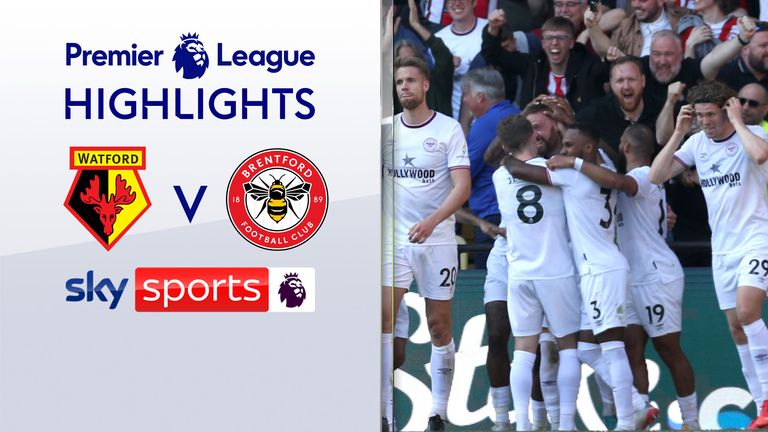 FREE TO WATCH: Highlights from Brentford’s win against Watford in the Premier League.

Frank thumps his fist into the palm of his hand as he delivers those final words standing at the side of a pitch at Brentford’s training ground where his players had just finished their Tuesday morning session, the mood buoyant after claiming a fifth win in six matches which has guaranteed them another year in the Premier League.

One can imagine the Danish boss delivering the same message to his squad and staff, who have exceeded all expectations following promotion via the Championship play-offs.

This form has arrived after a run of just one win in 11 league matches plus an FA Cup exit to Everton in February which meant they had suffered five straight defeats in all competitions for the first time since 2007, when they were in League Two under Terry Butcher.

That spell led to Butcher losing his job but there were no such concerns over Frank’s position – not least because the club had shown their backing of the manager with a new contract to keep him until the summer of 2025.

The 48-year-old changed from their 3-5-2 formation to a 4-3-3 against Norwich last month which delivered their first win of this run and then helped them see off Burnley, West Ham and Watford. Their stunning 4-1 victory at Chelsea came using their tried and trusted three at the back, proving to Frank he was on the right track.

“You always get that tiny bit of doubt in your head sometimes, but I would say my experience helped me, helps the club, everyone,” said Frank.

“It’s not the first time there’s been a little wobble in the five years I’ve been here and then three-and-a-half years in charge. Credit to the owner Matthew Benham, credit to the board, Phil Giles, the sporting director, always calm. Very, very calm, consistent messages, clear on the strategy and looking at the performances which have been good throughout, more or less.

“We changed the system, that was maybe the little twist we did for some games, we changed it back to a 3-5-2 against Chelsea. The beauty of that is our principle in the way of playing is the same. Our culture is phenomenal and we keep building and working on that.

“The message we gave to the players was still the same in the way of evaluating, not doing two-hour meetings suddenly or other things. Keep training well and focusing on the things we are doing well or need to improve. Football is a marginal game and it goes a little bit up and down.” 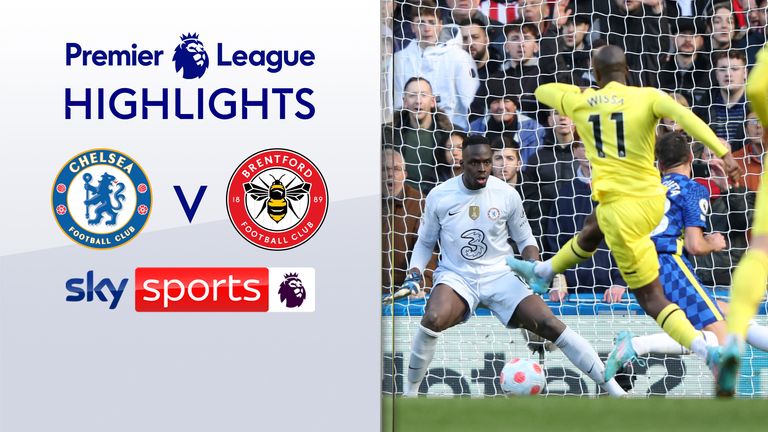 FREE TO WATCH: Highlights from Brentford’s win over Chelsea in the Premier League.

Frank also highlights how their form has turned by having almost no injuries to their key players during this period as Ivan Toney chalked up his 12th Premier League goal of the season – as many as Tottenham’s Harry Kane. The arrival of Christian Eriksen has had a big impact too with Frank having to constantly field questions over whether his fellow compatriot will still be at the club next season. He hopes the chances of keeping him are “100 per cent” but knows other clubs will be circling.

Nonetheless, Brentford will continue with their Moneyball-style use of data to drive their player recruitment which has served them so well. They brought in only four players last summer and this time Frank wants “one or two” along with making sure the current group don’t go anywhere. For now, it’s about finishing this season on a high.

Goals from English strikers in the Premier League this season:

“One thing is playing next year in the Premier League. The next is to end as high as possible in an even better position, that will be even more fantastic,” said Frank. “I truly believe the way we finish this season is what we actually can take into next season.

“The model we have here at the club, the strategy, the alignment throughout, and the way we do things can work in the Premier League and that’s very pleasing to see. We are definitely not done yet. We still want to develop and we want to put an extra layer on the next season to try to keep building.”

Frank’s eyes have been opened – if they needed to be – to the quality of the Premier League. They’ve earned results against top clubs like West Ham, Chelsea, Liverpool and Arsenal, who spend millions on players and wages, and will go up against another in Tottenham live on Sky Sports this Saturday at the Brentford Community Stadium. How do they stop a strike force of Kane, Heung-Min Son and Dejan Kulusevski?

“That’s going to be a massive task for us but we believe in ourselves. We trust ourselves,” said Frank. “I think when teams are coming to our Brentford Community Stadium there will be spells in every game where we’ll be on top the way we play so hopefully we can do that.

“In general, the difference between players at this level is small, also for the top players and also the teams. We’ve shown on our day we will be a challenge for every team in this Premier League.”

Part of the problem Brentford now have is replicating this next year. Sheffield United, in 2020, achieved ninth in their first season back in the Premier League before finishing bottom 12 months later. With a new stadium, no fears of being relegated and improvements being carried out at their training ground, what is next for Brentford? 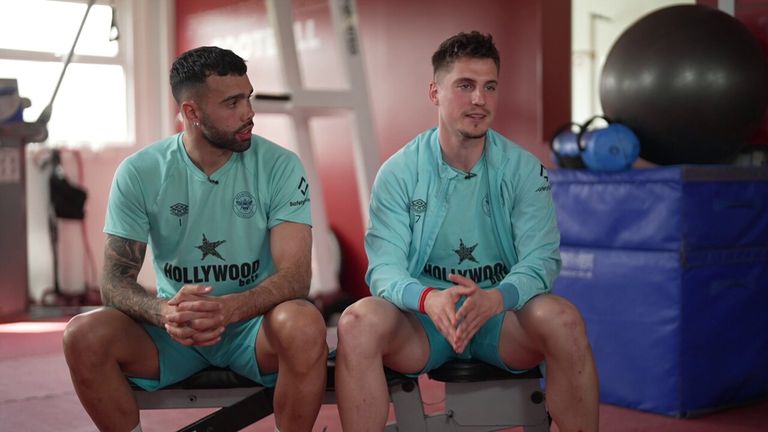 Brentford duo David Raya and Sergi Canos reflect on the club’s first Premier League season, which has seen them beat the likes of Chelsea and Arsenal.

“It’s about keeping a cool head,” added Frank. “I hope the fans really enjoy this time. It is very, very special the recent years with the promotion, this first year in the Premier League, good performances and we are now on a high in terms of development.

“Keep adding layers to everything: facilities, squad, staff and keep trying to develop the current stuff. It’s not always about a higher position because there’s also always a limitation on that.

Where is the 2023 Europa League final? When does the 2022/23 UEL season start? Final details, qualified teams & structure

Where is the 2023 Europa League final? When does the 2022/23 UEL season start? Final details, qualified teams & structure