On the face of it, Tyson Fury and Dillian Whyte can’t agree about their fellow British heavyweight Anthony Joshua.

This week, Fury invited former two-time unified champion Joshua to be in his corner when he defends his WBC title at a sold-out Wembley Stadium on Saturday night.

Whyte, by contrast, has told an adversary with whom he shares a rivalry going back to their amateur days to stay away from the record-breaking 94,000-fan extravaganza.

In this unprecedented era of blockbusting British stadium fights, Joshua is very notable for his absence. Ever since 80,000 saw Carl Froch knock out George Groves on his farewell appearance at Wembley in 2014, these nights have generally been AJ nights.

MORE: How many times have British fighters clashed for the world heavyweight title?

A showdown with Fury on a similar stage felt inevitable, but Joshua is on the outside looking in as Whyte gets his long-awaited shot. Fury’s claims this week that he will retire after facing Whyte means the ship might have sailed for good on the biggest fight in British boxing.

It is a story of typically-frustrating boxing politics and irritatingly bad timing. 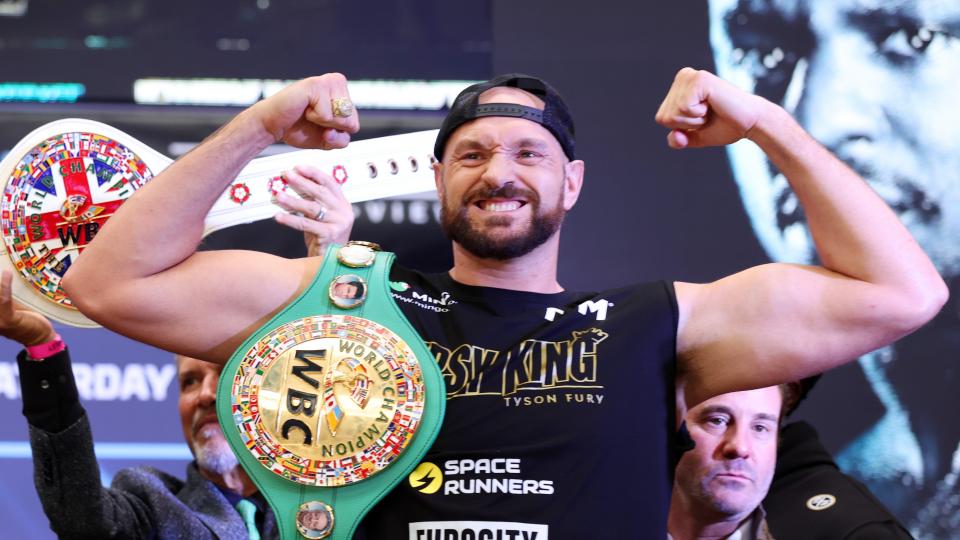 When Fury scored a huge upset win with a masterful performance against Klitschko in Dusseldorf in 2015, the prospect of a meeting with Joshua was already bubbling under nicely.

The following month, Joshua claimed the best win of his 15-fight career with a seventh-round knockout of Whyte in a barnburner at O2 Arena – a contest that both enhanced the reputations and highlighted the vulnerabilities of Britain’s two best heavyweight prospects.

Joshua’s graduation from prospect to champion was swift when, just four months later, he stopped the overmatched Charles Martin in two rounds to lift the IBF title.

That was one of the belts Fury took from Klitschko but the IBF stripped him of for agreeing to a rematch with the Ukrainian great as opposed to facing their mandatory challenger Vyacheslav Glazkov, who suffered a knee injury in their January 2016 fight – heralding a TKO win for Martin and one of the shortest and most forgettable reigns in heavyweight history.

Joshua began to build something far more substantial, unifying by winning the WBA title against Klitschko and the WBO by out-pointing Parker.

Those belts were available because Fury sunk into a battle with drink, drugs and depression that saw him balloon in weight and spend more than two-and-a-half years out of the ring.

After his up-and-down classic with Klitschko, a delirious and possibly-concussed Joshua called out Fury in the immediate aftermath. But at that point, in April 2017, the main focus was WBC champion and knockout specialist Deontay Wilder.

Why did Deontay Wilder fight Tyson Fury instead of Anthony Joshua?

Negotiations for a Joshua vs. Wilder fight became increasingly fractious, with claim, counter-claim and promotional self-interest on both sides meaning a deal remained elusive.

Instead, Wilder agreed to face Fury in December 2018 after the former champion had a couple of low-key tune-up bouts against Sefer Seferi and Francesco Pianeta. Joshua felt he saw through the Bronze Bomber’s play.

“I know the strategy is for him to fight Fury after a three-year layoff,” he told Sky News. “He’s got a good chance of beating him. It will boost his profile so when he comes back to the negotiating table he will have a better leg to stand on.”

It was a plan that backfired, both for Wilder immediately and Joshua in the longer term.

Fury outboxed Wilder for the majority of their initial bout, but two knockdowns – the latter leading to the Gypsy King’s remarkable 12th round “resurrection” – saw him salvage a draw on the cards. Scores remained to be settled, the public were enraptured and Fury and Wilder were locked in one another’s orbit.

By the time they met for a second time in February 2020, with Fury battering Wilder to the first loss of his career in seven rounds, Joshua had suffered a shock defeat to Andy Ruiz on his US debut and avenged that setback in Saudi Arabia at the end of 2019.

A few weeks after a packed MGM Grand in Las Vegas enjoyed Fury’s bravura display, the world changed. The coronavirus pandemic made blockbuster heavyweight showdowns with massive crowds a pipe dream for the foreseeable future.

At the end of 2020, Joshua fulfilled his IBF mandatory with an authoritative win over Kubrat Pulev before a limited crowd at Wembley Arena. That cleared the way for a Fury vs. Joshua showdown and the boxers’ camps agreed to a two-fight deal in March 2021, with the first of those pencilled in for August.

That remains as close as they have come to sharing a ring competitively because Wilder had an ace up his sleeve. In a May 2021 arbitration hearing, it was ruled Wilder was contractually entitled to a third fight with Fury.

At the time, this pleased next to nobody outside of Wilder’s immediate circle. Fury was seen to have conclusively settled the argument in their second fight, branding his foe a “joke” for purportedly demanding $20 million to step aside and allow the Joshua fight.

Joshua turned his anger in Fury’s direction: “The world now sees you for the fraud you are. You’ve let boxing down!” he tweeted.

“You lied to the fans and led them on. Used my name for clout not a fight. Bring me any championship fighter who can handle their business correctly.” 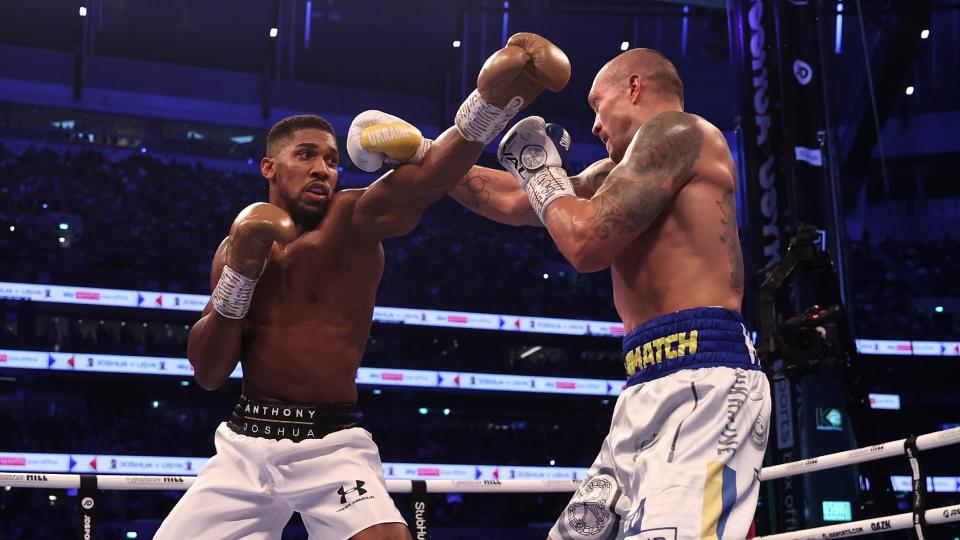 After the final instalment of the Fury vs. Wilder trilogy, 11 brutal rounds where both men hit the canvas and the Briton emerged victorious, no one looked like a fraud and no one felt let down. Out of complete shambles came a heavyweight contest for the ages.

They boxed two weeks after Joshua had the misfortune of running into a championship fighter who could handle his business very correctly indeed.

AJ must now rematch Usyk – an entirely different animal to Ruiz, who merely looked like he’d eaten several different animals before their second encounter. He would be a narrow underdog going into that devilishly-tough assignment, while Fury and Whyte spent their Friday sharing jokes and dancing at their weigh-in.

At least some measure of the collective glee seems to stem from leaving their mutual rival, the golden boy earmarked to be the master of such occasions, on the outside looking in. On that much at least, they agree.

Did Tyson Fury fight David Haye? The Gypsy King and the Hayemaker's ongoing war of words