Blackmore affected as Auteuil abandon racing due to strikes

Rachael Blackmore was among those affected as racing was abandoned at Auteuil on Sunday due to an industrial dispute between France Galop employees and trade union members.

The track was intending to hold an eight-race card that included a Listed race and two Grade Two contests, but a wages dispute led to a demonstration in the parade ring.

There was an emergency meeting called to try and resolve the situation before the card got under way, but both that meeting and later talks were unsuccessful and the fixture was subsequently abandoned.

Due to run in the Listed Wild Monarch Hurdle was Willie Mullins’ Your Eyes Only, who had travelled over from Ireland and was going to be ridden by Blackmore.

James Reveley, the French champion jump jockey, had a busy book of rides and pointed out that the meeting was an important trial for the Grand Steeple-Chase de Paris fixture held at the track in May. 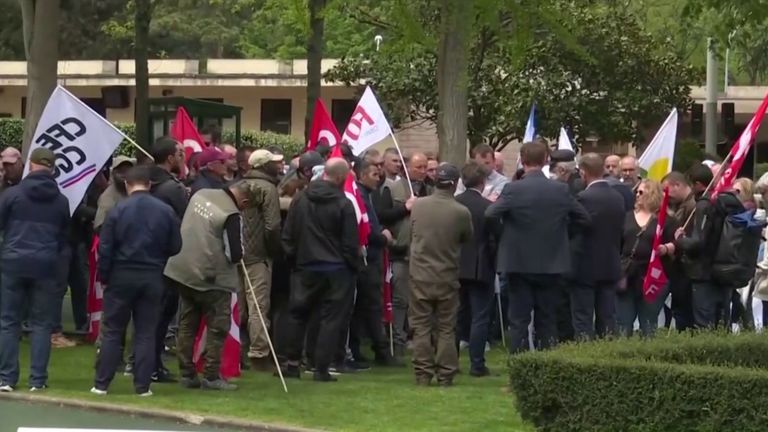 “It’s very frustrating for me and for everybody, a lot of these trainers have come a long way,” he told Sky Sports Racing.

“We don’t really know when they’re going to run the meeting or whether it’s going to be later on in the week, but it requires so much organisation and it’s just really frustrating.

“You get used to it and in fairness I’ve been over here a while and you just have to deal with it, it’s a shame as there’s other ways of making things happen.

“Today was a big day with horses having their prep races for the big weekend, the top four-year-old chase was today and they won’t want to put it too far back or too close to the big meeting.”