Celtic close in on title as Kyogo and Jota strike

Goals at the start and end of the game from Kyogo Furuhashi and Jota saw Celtic win 2-0 at Ross County as Ange Postecoglou’s side restored their six-point lead over Rangers at the top of the Scottish Premiership.

After Rangers won 3-1 at Motherwell on Saturday to close the gap on the leaders, Celtic had to respond at the Global Energy Stadium and that is exactly what they did thanks to a 12th-minute header from Kyogo, returning to the side having been injured since December.

The visitors wrapped up the victory with just three minutes to go thanks to Jota’s close-range finish after substitute Georgios Giakoumakis’ effort had hit the top of the bar. 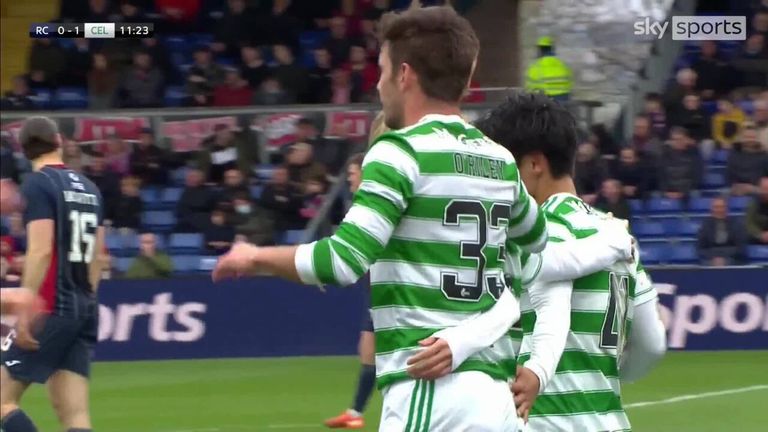 Highlights of the Scottish Premiership match between Ross County and Celtic.

As a result, Celtic move six points clear of Rangers again ahead of the two Glasgow rivals’ meeting next Sunday, while Malky Mackay’s high-flyers stay fifth in the table.

Celtic face title rivals Rangers in the final Old Firm of the season at Parkhead on Sunday, May 1, live on Sky Sports; kick-off 12pm.

Next up for Ross County is a trip to Hearts on Saturday, April 30; kick-off 3pm.