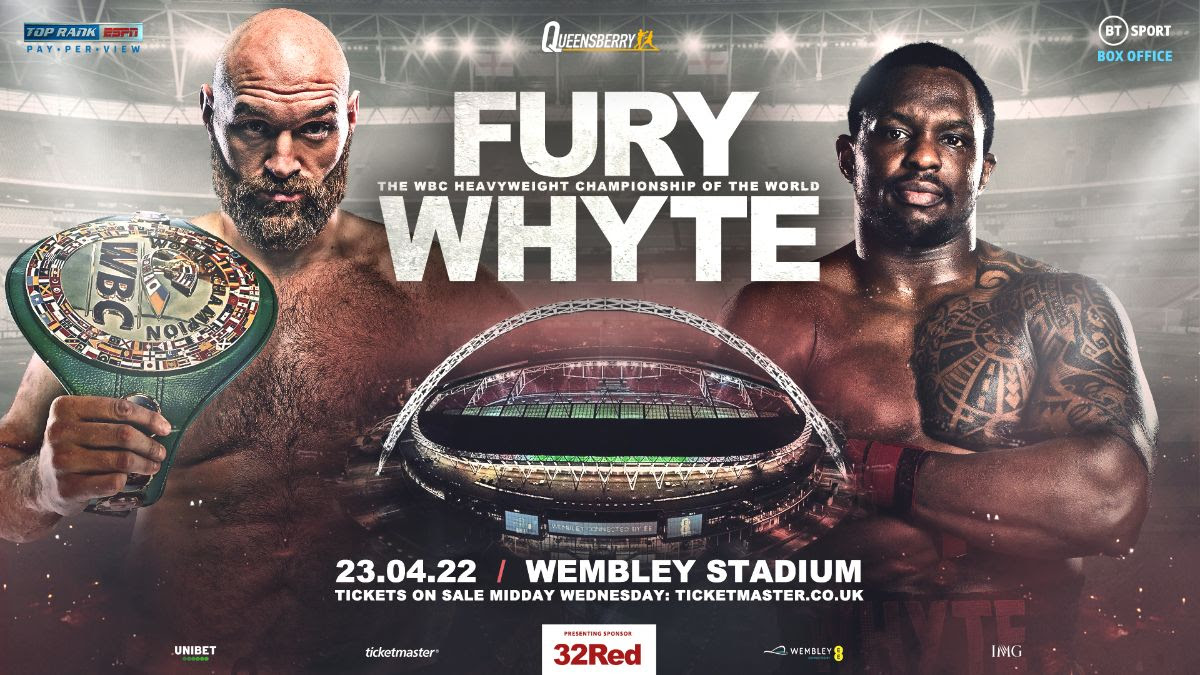 By Scott Gilfoid: Dillian Whyte’s trainer Xavier Miller is focused on making sure ‘The Body Snatcher’ not only drops WBC heavyweight champion Tyson Fury tonight but he keeps him down.

If Whyte can starch Tyson tonight, the victory will be massive and ensure him an enormous payday in his next fight.

Fury says he’s retiring, so it would be excellent for the sport of boxing for Whyte to beat him tonight. Dillian would be the new big name, and he could then face the Anthony Joshua vs. Oleksandr Usyk 2 winner. That’s a fight that Fury doesn’t want for some reason, but Whyte isn’t lacking courage.

Dillian wants the winner, but he’ll give Fury a chance by offering a rematch, but he probably won’t take it because he’s lost his hunger for the sport after making so much dough.

Fury is loaded after his three fights with Deontay Wilder, and he doesn’t fancy the idea of continuing to fight.

Fury (31-0-1, 22 KOs) has had a lot of dumb luck, getting dropped hard but always getting back up and avoiding a knockout loss.

Deontay Wilder, the hardest puncher in the heavyweight division, had Fury down four times snd still couldn’t keep him from getting back to his feet.

The 6’7″ Wilder had Fury fast asleep on the canvas after tagging him with a peach of a right hand in the 12th round in their first fight in 2018.

Fury showed superhuman recovery skills to wake up at the count of eight to get back to his feet. Of course, Fury was helped by a patient referee, who chose not to stop the fight when he saw that he was unconscious.

Miller wants to make sure tonight that Dillian (28-2, 19 KOs) doesn’t fall into the same category. The best way to keep Fury does is the following:

It’s generally agreed that Dillian has the best-left hook in the heavyweight division bar none, and if he can land that shot flush to the head of Fury, he’s got an excellent chance of toppling him.

However, the hard part is coming up with the right finishing shot to get him out of there because he’s ‘The Undertaker’ with the way he keeps rising when you think he’s done.

“You don’t have to be a boxing coach to see [how Dillian can put Tyson in trouble),” Whyte’s trainer Xavier Miller said to Sky Sports.

“If Dillian catches you clean, you’re dropped. The problem is you’ve got to keep Tyson Fury there.

“You give credit where it’s due; he’s got up when he has gone down. He’s got a lot of heart, he wants to fight, but our job is once we’ve got him down to keep him down, that’s our job,” said Xavier about his focus on nailing Fury to the canvas so that he CAN’T get up.