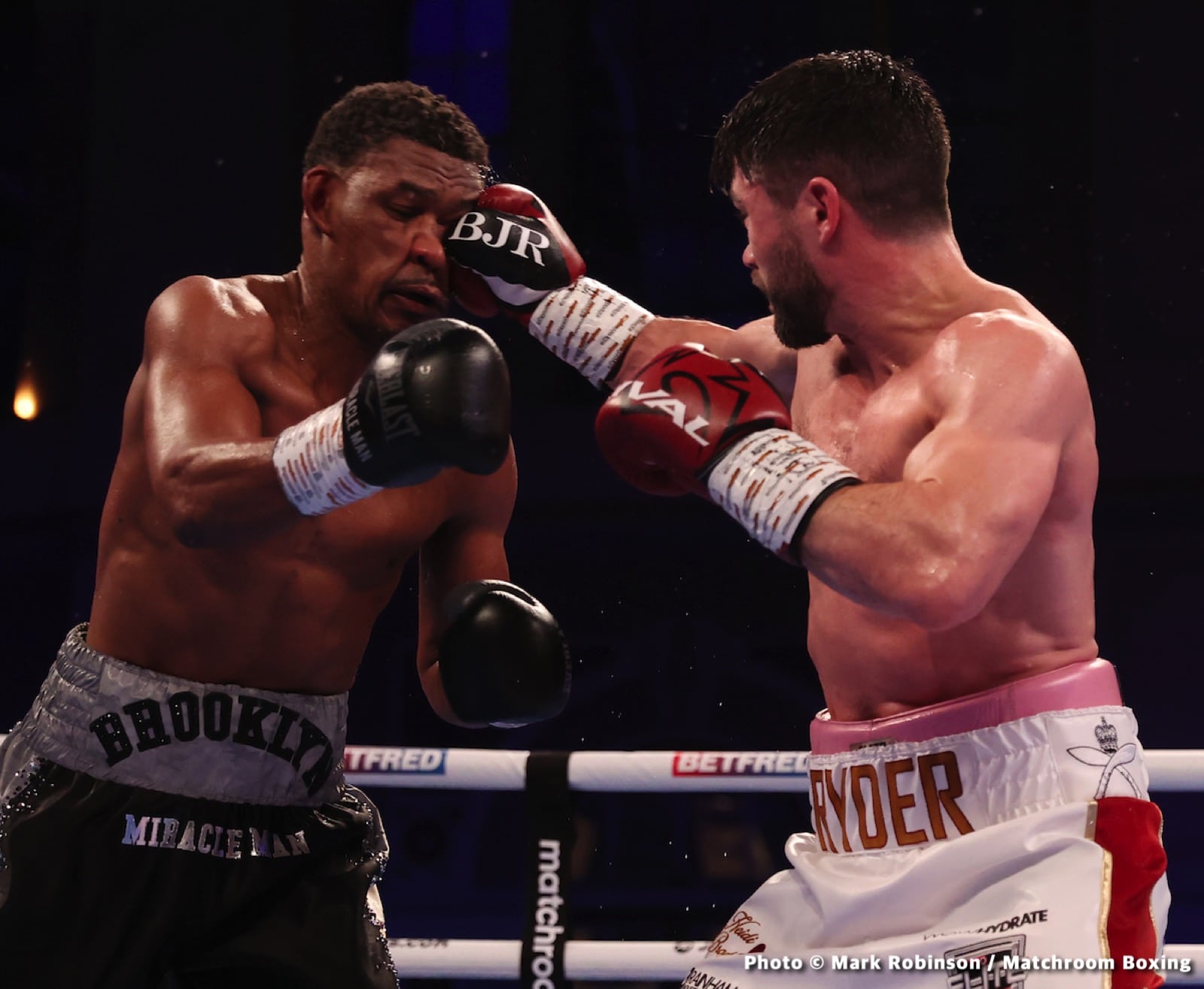 By Sean Jones: Highly ranked middleweight contender Jaime Munguia will be facing the struggling former IBF/WBC champion Danny Jacobs next in a catchweight fight in the 168-lb weight class. The Munguia vs. Jacobs fight is a “Done deal,” according to trainer Erik Morales.

Fans would prefer that Munguia fight one of the good contenders at 168 rather than the faded Jacobs, considering he looks totally shot at this point of his career.

Obviously, Munguia is fighting Jacobs for these reasons:

A. It’s a winnable fight

B. Jacobs is well known

C. Munguia can add another name fighter to his resume without having to take a risky match that he might lose.

The Munguia-Jacobs fight is an oddity, as Jacobs is 35-years-old, has lost two out of his last four fights, and has looked poor since his loss to Canelo Alvarez in 2019.

In Jacobs’ last fight, he was beaten by John Ryder by a 12-round split decision last February in a WBA super-middleweight title eliminator to determine the mandatory for champion Canelo Alvarez.

Jacobs only has himself to blame for his loss to Ryder, as he spent the last eight rounds clinching & running, fighting negatively. It was a terrible fight to watch on DAZN because Jacobs has lost so much from his game due to age & ring wear.

“It’s a catchweight. I don’t know exactly at what weight it will be, but the fight is a done deal,” said Erik Morales said to Boxeo Mundial about the fight between Munguia and the recently twice-beaten 35-year-old Jacobs. “

If Jacobs had won that fight, he would have locked himself in as Canelo’s mandatory, and he’d be the one to face the Mexican star in December in a rematch rather than Ryder. Fans have no interest in seeing a rematch between Canelo and Jacobs, so it’s a good thing that Ryder won.

Jacobs has arguably lost 3 out of his last four fights. His 12-round split decision ‘win’ over Gabe Rosado in November 2020 was highly questionable, with many boxing fans seeing it as a robbery. This writer had Rosado winning by a 116-112 score, and it wasn’t close.

The Munguia vs. Jacobs fight will be shown on DAZN, as both guys have routinely competed on that platform. It’s unclear if this is a one-off for the 25-year-old Munguia to be fighting at 168 or if he plans on moving up to that weight class.

If Munguia (39-0, 31 KOs) wants to get the big cash-out fight against Canelo Alvarez, he will need to move up to 168 anyway because the Mexican star is too big to meltdown 160 at this late stage in his career.

The only two fighters that Munguia does want to fight are Canelo and Gennadiy Golovkin, which is why it’s believed that his career is being angled for a cash-out big-money fight against those guys.

The chances of Munguia beating either of those two are virtually zero unless he waits for them to age more. He’s not waiting. Munguia would jump at the chance of fighting Golovkin or Canelo now, but if he has to wait, he will.

It’s more likely that Golovkin will be the one that winds up facing Munguia unless he retires after his September trilogy match against Canelo.

“It’s a very tough fight. Danny Jacobs is a great fighter, and he is up there competing,” said Morales. “He lost his last fight, but it was a close one on foreign soil. He is still elite, and it will be a great fight.”

“Fernando Beltrán told me that the fight is set, and we will be fighting above 160 pounds,” said Morales.

Jacobs is NOT still elite, as Morales says unless the value of being “elite” means having lost 2 out of your last four fights.

The fact is, Jacobs is NOT elite and nowhere close. He’s an older fighter heading out the door but still well known enough to be the B-side opponent for younger contenders like Munguia to use to make himself look better than he is.

Read: Fury to vacate WBC title, wants Deontay Wilder to fight for it

NEXT: Joe Joyce vs. Joseph Parker: Who wins this July fight?