Liverpool take on Everton at Anfield, with the latest Merseyside derby a significant encounter for both teams for very different reasons.

Jurgen Klopp’s team need a win to close the gap on Premier League leaders Manchester City back to one point.

Everton, meanwhile, still have much work to do in the battle to avoid relegation – they are currently one point ahead of 18th-placed Burnley having played one game fewer.

This will be Frank Lampard’s first Merseyside Derby since taking charge of Everton.

52 mins: Gordon goes down in the box again under pressure from Matip but play is waved on.

47 mins: Keita sends an effort over following a corner as Liverpool look to start the second half with greater intensity.

The second half is underway at Anfield. Can Everton continue to defend so impressively?

Luis Diaz is among the options on the Liverpool bench, while Divock Origi has history in this fixture.

Half time: It’s goalless at half time in a fiery Merseyside derby. Everton have worked arduously to frustrate Liverpool, who haven’t been able to create many openings.

44 mins: Richarlison is down, with Liverpool continuing to play on. There’s now a clash between both sets of players following a challenge from Doucoure on Fabinho, with the Everton midfielder getting booked. Mane is also booked for pushing Holgate in the face.

43 mins: Salah shoots over for Liverpool, who are still finding it difficult to test Pickford.

33 mins: An opening for Everton on the counter-attack as Richarlison plays in Doucoure, who drags his effort wide.

30 mins: Liverpool are still finding it difficult to carve out clear-cut chances. Robertson swing in a cross but Jota’s effort is off target.

26 mins: Diogo Jota clashes with Seamus Coleman, with the game being played with the intensity expected from a derby.

23 mins: Anthony Gordon is booked for diving, which is certainly the correct decision as there wasn’t any contact from Naby Keita.

21 mins: Everton have restricted Liverpool so far but they manage to create an opening through Sadio Mane who turns sharply prior to shooting over.

15 mins: Anthony Gordon felt he was pushed over by Trent Alexander-Arnold, but referee Stuart Attwell waves play on.

12 mins: Mykolenko has coped well against Salah so far. It will be interesting to see if he can continue to close the winger down with regularity.

7 mins: As you would expect, it has been a frantic start. Richarlison goes down after being caught by Fabinho.

Kick off: The game is underway. Can Liverpool go back to being one point behind City, or will Everton take a big step in their quest to avoid relegation.

There’s a fantastic atmosphere at Anfield, with kick-off coming up.

Michael Keane is set to start for Everton in place of Ben Godfrey, who suffered a problem in the warm-up.

30 mins to KO: Burnley’s 1-0 win against Everton will further increase the pressure on the Toffees going into this game. Can Everton respond in this most difficult of fixtures?

How we line-up for today’s Merseyside derby 🔴 #LIVEVE

🔵 | Team news is in as the boss makes two changes from our last game.

Burnley lead 1-0 against Wolves through Matej Vydra, so as things stand the Clarets will move above Everton and send Lampard’s side into the bottom three.

90 mins from KO: It will be interesting to see how much, if at all, Jurgen Klopp rotates his Liverpool team today ahead of Wednesday’s Champions League semi-final, first leg against Villarreal. Klopp certainly won’t be underestimating Everton despite the struggles that they have endured this season.

2 hours from KO: Welcome to The Sporting News’ live coverage of Liverpool vs. Everton. Both teams need a win at this crucial stage of the season and this is a game that could have a major effect at both the top and the bottom of the Premier League table. 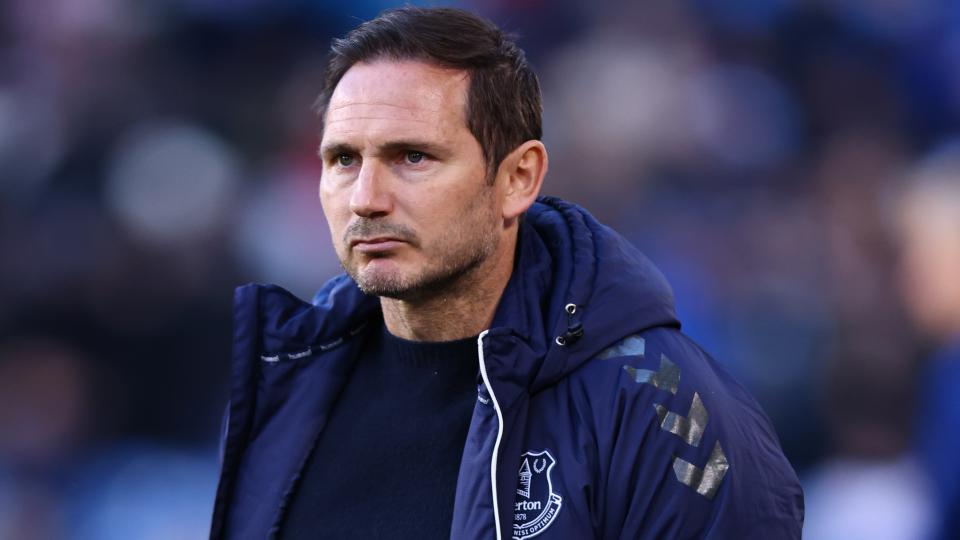 Liverpool will hope that Roberto Firmino will be available again following a foot problem, but other than that Klopp has a very clean bill of health for his squad.

For Everton Dominic Calvert-Lewin is set to miss out with a thigh problem. Donny Van De Beek still has a groin injury.

MORE: Have Everton ever been relegated?

How to watch Liverpool vs. Everton