The Golden State Warriors are looking imperious as they bid to complete the sweep with the Denver Nuggets.

The Dubs have been absolutely rampant so far in this series and the Nuggets, despite the efforts of reigning MVP Nikola Jokic, have not been close. Golden State can finish the job on Sunday evening live on Sky Sports Action from 8.30pm and available on the YouTube stream below.

The return of Stephen Curry to action, coming off the bench to record-breaking effect, has powered a Warriors line-up which has his fellow ‘Splash Brother’ Klay Thompson and apprentice ‘Splash Bro’ Jordan Poole both scoring at a colossal rate from the guard positions and Draymond Green operating at full capacity to anchor the defense and set the tone.

Alongside those two, you also have Kevon Looney as a rim presence and rebounder and Andrew Wiggins as the perfect complementary scorer.

Right now, with the injury to Devin Booker disrupting the Suns, they may well be favourites to win the Western Conference and everyone is enthralled by the offensive potency of their new ‘PTSD’ line-up.

“They call it ‘PTSD’,” explains Sky Sports HeatCheck pundit Mo Mooncey, @TheHoopGenius on Twitter. “Poole, Thompson, Steph and Draymond because when those boys are on the court together, they’re going to leave you scarred. They’re gonna give you nightmares and give you some trauma because they’re balling right now like there’s no tomorrow.

“Jordan Poole is on the court right now with all of these Hall of Fame players playing like he belongs there, playing like he’s built for the big moments. I’m loving what I’m seeing from the Golden State Warriors.”

The big question is, though, how do you balance things? There are six viable starters but only five slots.

Curry will undoubtedly be back in the starting line-up, so what do you do? Do you ditch Looney and go ultra-small, moving Green to center? Do you move Wiggins to a bench role and play with three guards? Or does Poole revert to the bench despite his huge levels of production?

It is not an easy question to answer and Curry has not made it any easier with his ridiculous displays off the bench. 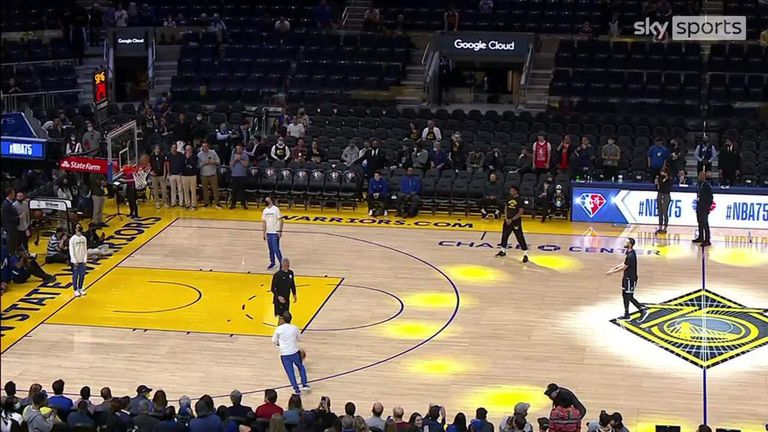 In the Warriors’ dominant 126-106 victory over the Denver Nuggets in Game 2 of their first-round playoff series, Curry scored 34 points on 12-of-17 shooting and added four assists, three rebounds, one steal and one block.

He scored five of 10 attempts from downtown and finished with a plus-32 rating. All of that in just 23 minutes.

It was a historically devastating display of scoring. According to Stathead, Curry is the only player in NBA history to score at least 30 points while playing in 23 minutes or less. It was also the first time Curry has posted 30-plus points in 25 minutes or less in the playoffs or regular season.

It proves he is back to his best level of performance and the same seems to be true of Thompson, who seems to have hit his stride entering the playoffs. Add Poole into the mix and the trio can be relied on for at least 60 points a night against just about any team and have clocked over 80 between them already during the series, in Game 3. Green is also back to his destructive best on the other end so the Warriors are looking powerful.

“Well, we’ve got options and hopefully I’ve demonstrated that at the end of the day it really doesn’t matter [who plays],” said Curry. “Jordan’s been unbelievable, obviously this last month and a- half in the starting line-up, and Klay’s found his rhythm now. Wigs (Wiggins), I don’t think he’s ever come off the bench in his life. Obviously, you need Draymond out there, he provides so much for us as a presence inside, especially with certain match-ups.

“So there are difficult decisions, I think, for coach to just try to figure out what’s the right move, but it’s on all of us to make the necessary adjustments just to be ready and make it about winning, and make it about just being ready.

“If you’re worried about anything other than just trying to win the game, then you’re approaching it wrongly to begin with. We all have egos, I like to say hopefully healthy egos, in terms of believing in ourselves and [having] confidence.”

It is all on head coach Steve Kerr to find the formula that works – but what a good problem for a coach to have. 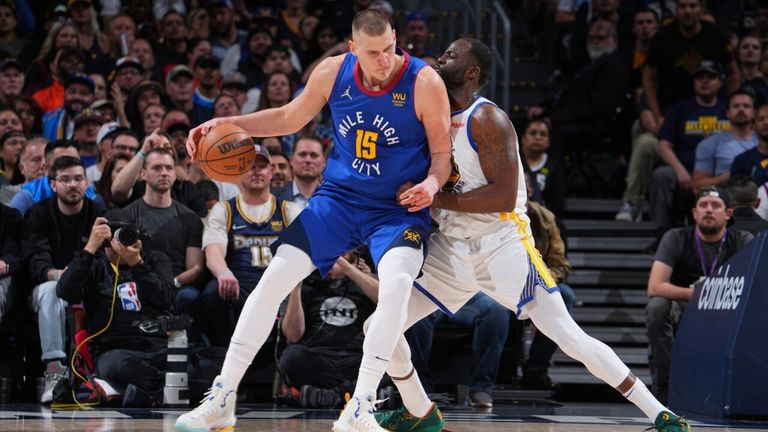 Kerr chuckled at the analogy, noting he has never owned either model. There is no denying his team is turbo-charged, however, after missing the playoffs the last two seasons.

“I think in some ways, we are reinvigorated,” Kerr said.

Curry certainly seems to be having fun again.

Coming out of a timeout in the third quarter he spotted Peyton Manning sitting courtside and went and shared a handshake, a few words and some smiles before helping the Warriors absorb every body blow coming their way.

“It was a lovely environment,” Curry said. “I love the way we responded.”

Thompson, who missed much of the last two seasons with knee injuries, relished pulling out the win in a hostile environment the way the Warriors used to do so often during their championship runs.

“It’s what you dream of. It’s what you prepare for and I don’t take for granted nights like these,” Thompson said. “That was a ton of fun and just a gutsy win by our squad.

“Everything I’ve worked for the last two years has come to fruition, and I’m just incredibly grateful to be here and having fun.”

Blackmore affected as Auteuil abandon racing due to strikes