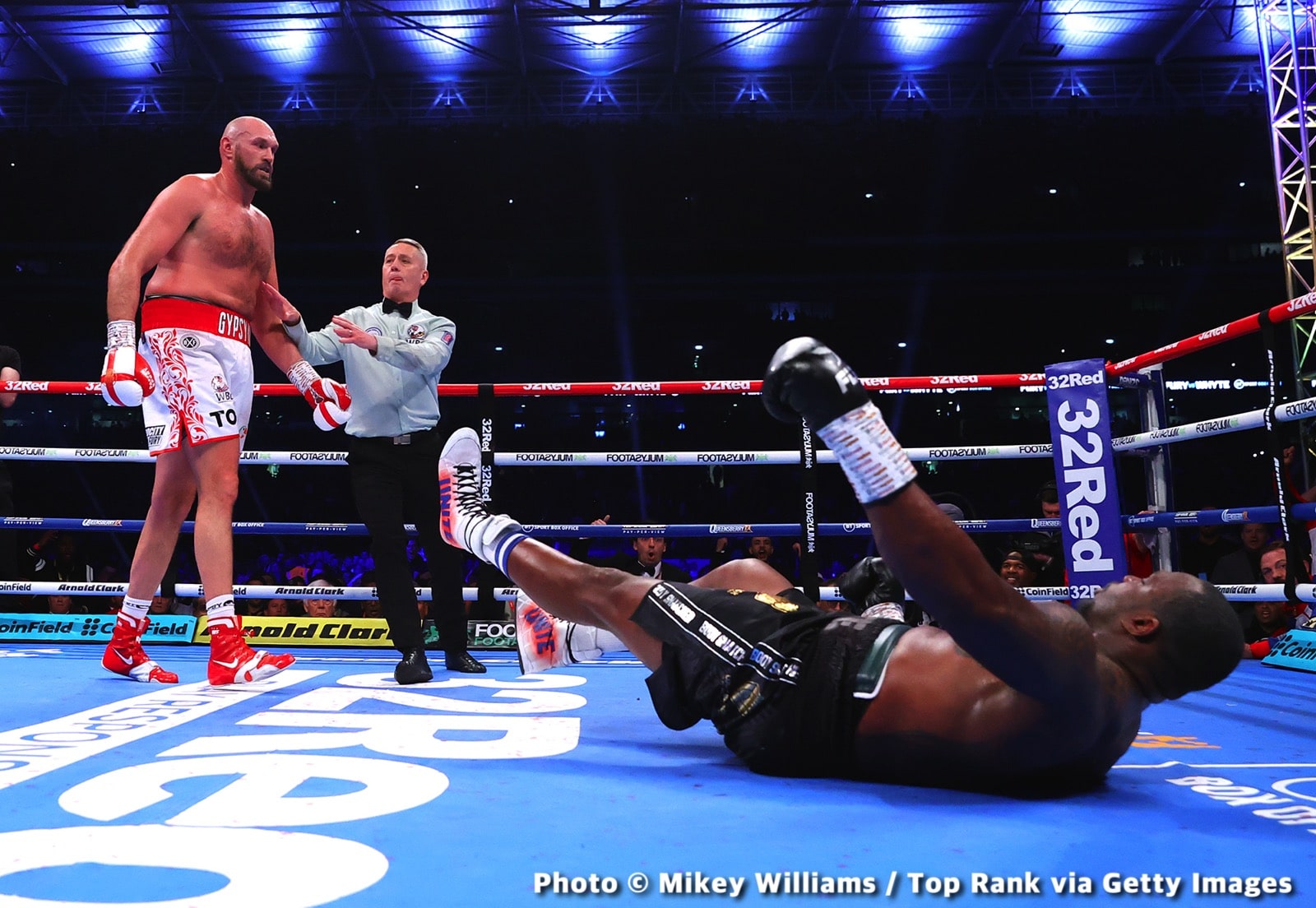 By Huck Allan: Tyson Fury added to his guaranteed purse of $29.5 million with an additional $4.1 million to round out his pirate booty to $33.6 million for an uncomplicated night’s work in destroying the hapless Dillian Whyte in six rounds last Saturday night at Wembley Stadium in London.

Fury doesn’t need money at this point in life, and he made it clear after his victory over Whyte that he doesn’t want to risk injury by fighting on with his career, be it against Anthony Joshua or Oleksandr Usyk.

Fury could make far more money & praise from fans by fighting the winner of the Joshua-Usyk 2 rematch, but he doesn’t want to risk losing.

Fury is a textbook example of a person who has a fear of failure, which is a thing that cripples many people’s lives, causing them to shortchange themselves by not taking the risks that would otherwise make their lives happier.

For his part, the 34-year-old Whyte hauled in a respectable $7.4 million. As a result, Whyte’s split went from 80-20 to 82-18 for the fight, but he still made a killing for a fighter that looked poor from start to finish.

Whatever chance Whyte had of winning, he threw it away by fighting southpaw in the early rounds against Fury.

Before the fight, many boxing fans believed that Whyte’s best shot at defeating Fury was to go after him early when ‘The Body Snatcher’ was still fresh.

Sadly, Whyte threw away his best opportunity of scoring a knockout on Fury by fighting out off the southpaw stance, which took away his left hook. That’s Dillian’s primary weapon.

“Yeah, obviously. I hit him peach, game over,” said Tyson Fury to Frank Warren’s Queensbury Promotions when asked if he thought he would KO Dillian Whyte with the right-hand uppercut that he nailed him with in the sixth.

“I knew he wasn’t getting up,” Fury continued about his knockout over Whyte. “It was a detonation shot. It was a Lennox Lewis right uppercut shot. I saw the opportunity and let it rip, and it was a missile.

“If I fight again, it’ll be exhibition fights only, wrestling matches and stuff like that. Entertaining, and stuff that isn’t nerve-wracking and doesn’t keep you up at night and get you in severe injuries.

“There will be, and there will always be somebody else to fight,” said Fury when told that there will be a clamor for him to fight Anthony Joshua or Oleksandr Usyk next.

NEXT: Carl Froch: Tyson Fury will be “Lured back out for one more”

Fury to vacate WBC title, wants Deontay Wilder to fight for it