Graham: The Hundred has revolutionised cricket

With 100 days to go until this year’s tournament gets under way, Phoebe Graham looks ahead to being part of it with Manchester Originals and the benefits the first season of The Hundred had for cricket

The Hundred has revolutionised cricket for the better. It has brought excitement, new fans and has given women’s cricket the global platform it needed.

Last year, household names were created. The tournament reached new audiences and inspired our future generations. Jemimah Rodrigues, Liam Livingstone and Danni Wyatt were firmly established as some of the most exciting cricketers in the world. It has become one of the most talked about sporting occasions in the calendar and everyone wants to be a part of it.

This year is going to be extra special. The world’s best talent – AKA the Australian women – are available and ready to play. Alyssa Healey, Beth Mooney and Ellyse Perry will be debutants, while Hundred legends Marchant de Lange and Quinton de Kock have been retained.

The make-up of the squads looks very different as players move for more opportunity. I’ve moved to the Manchester Originals from Northern Superchargers and can’t wait for the summer ahead.

Playing alongside Kate Cross, Sophie Ecclestone and Deandra Dottin will be an awesome experience. I’m glad I’m now on the same team as power-hitting Dottin as she was not fun to bowl against at Lord’s!

Alongside all the bright lights, fireworks and live music, there has been the serious side of the game, getting used to the rules and tactics. In the second year, teams are more aware of how the game plays out, how to construct a 100-ball innings, when to use the ‘tactical time out’ and what a ‘par score’ is.

Personally, I’ve been focussing on strike hitting and working on my variations to build on last year’s success. Leading wicket-taker Tasha Farrant showed us all the importance of variations and how to tactically be one step ahead of your opponents. 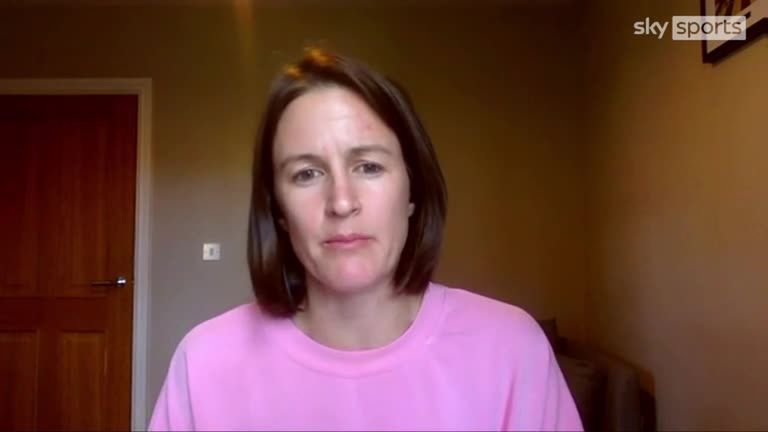 It was amazing to see how the tournament changed perceptions of women’s cricket. It started household discussions; it got my friends saying ‘I think I get cricket now’, ‘this is exciting to watch’. It united the men’s and women’s cricket communities in an authentic way, creating a ‘one-club mindset’.

At Lancashire, for the first time, both the men and women toured Dubai for pre-season. This was an incredible experience and I’m certain it was created due to the exposure of women’s cricket in The Hundred. I hope The Hundred continues to have a profound, positive effect on cricket as a whole and continues to grow the total game.

I can’t wait to be part of this year’s Hundred and hope it continues to inspire more young girls and boys to play the game we all love.

Whyte: I should have had time after 'illegal' Fury push