Is Isaac Cruz too tough for Ryan Garcia? 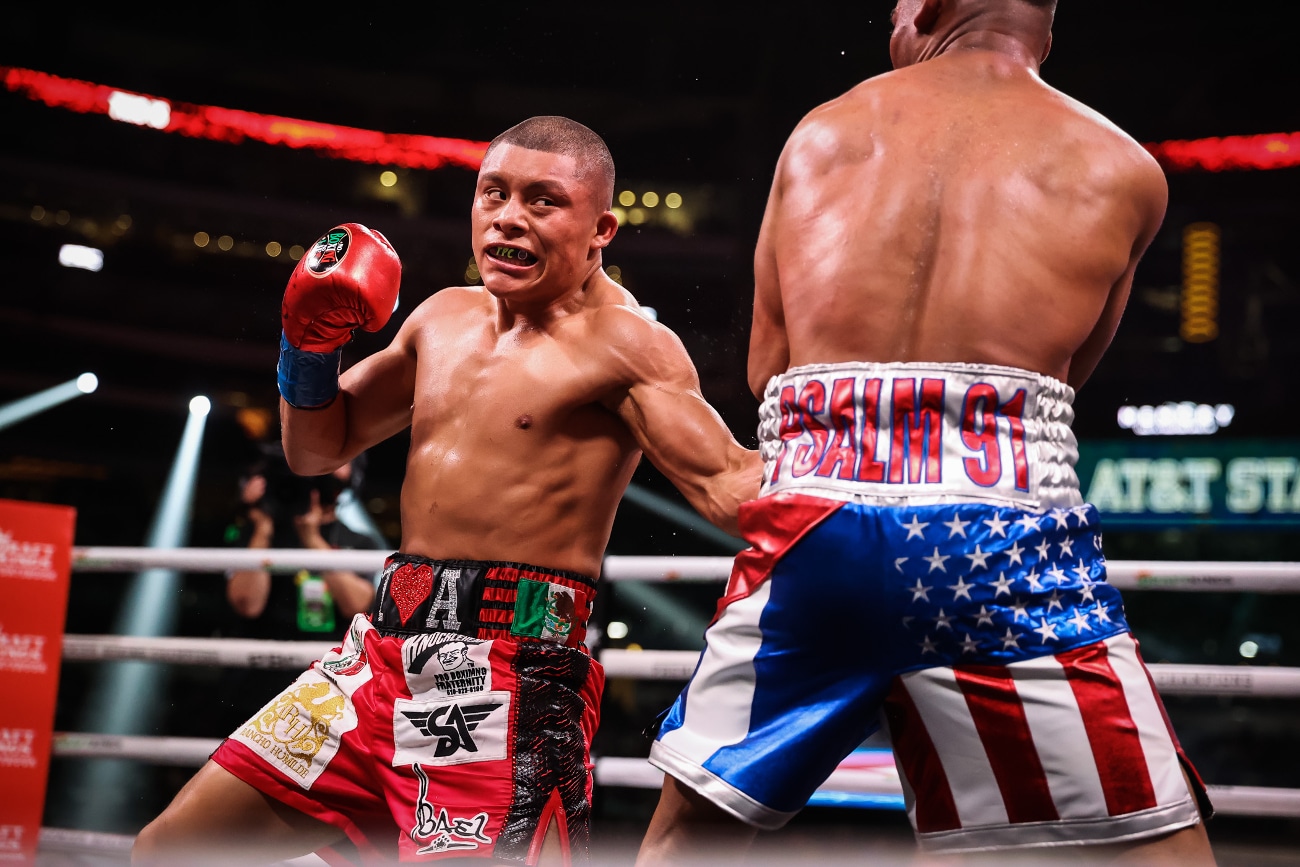 By Dan Ambrose: Ryan Garcia has is known that he intends on fighting the tough lightweight all-action fighter Isaac ‘Pitbull’ Cruz next following his recent demolition job on Yuriorkis Gamboa.

Assuming highly ranked #2 WBC Ryan Garcia is serious about taking the fight with Pitbull Cruz (23-2-1, 16 KOs), he could be out of his depth against the tough Mexican fireplug.

Ryan looked timid, unskilled, and terribly flawed in his return fght earlier this month against the finesse fighter Emmanuel Tagoe on April 8th, showing no willingness to stay in the pocket and fight.

That performance by Ryan showed that he lacks the toughness and perhaps the courage to stay & fight the way he needs to for him to beat guys like Isaac Cruz.

It’s been a little over a week since Ryan was talking up the idea of fighting Pitbull Cruz, and he’s gone strangely quiet on the subject. That makes this writer believe that Ryan was clout-chasing by saying that he wanted to fight Cruz after his fifth-round knockout victory against Yuriorkis Gamboa on April 16th.

If you’re Golden Boy Promotions, you probably don’t like the idea of putting your young star Ryan Garcia in with a furious pressure fighter like Pitbull Cruz. He’s got the style that would force Ryan into a war on the inside, and could be too fragile to handle that.

Cruz would take full advantage of Ryan’s timidness and vulnerability in the chin department.

“I think Ryan Garcia is going to counter his face off,” said Carson Merk to the Porter Way Podcast about Ryan having his way against Isaac ‘Pitbull’ Cruz. “I agree [Cruz is a tougher fight for Ryan than Joseph ‘Jojo’ Diaz.

“He’s built like a fire hydrant,” Merk continued about Pitbull Cruz. “He’s like Pokeman Geodude. He’s just a big rock with arms. The power I underrated, but I still think he’s a very one-track fighter.

“I feel like a guy like Ryan Garcia that can counter-punch him and is tall can pick him apart. Tank Davis is a natural offense fighter, and he was able to counter him [Pitbull Cruz] pretty well. He’s one of the best fighters on the planet.

“Ryan Garcia got knocked down by Luke Campbell, who is not a slouch by any means. There’s no saying that Cruz can’t put Ryan Garcia down.”

“Anybody go back and look at the punch that Ryan Garcia got hit with. He was pulling straight back,” said Shawn Porter. “A guy like Cruz, if he’s able to find his range, those hooks that he throws, you pull straight back into that.

“If that’s something that [trainer] Joe Goosen feels like he needs to change [with Ryan Garcia], it’s going to be a long time. His muscle memory is right here [pulling back] every time.

“So that’s a dangerous fight for Garcia, especially if Cruz is able to come to the ring strong, fit, and ready to perform like that for multiple rounds,” said Porter.