Six stars on trial for Royal Ascot this week

Flat racing returns to Ascot on Wednesday with a number of big names hoping to warm-up for June’s Royal meeting with victory at the famous Berkshire track.

Last year’s card saw Chipotle and Rohaan strut their stuff before going on to win at Royal Ascot, while Stradivarius returned with victory in the feature Sagaro Stakes to set up a shot at a fourth Ascot Gold Cup.

Here are six horses who could lay down their marker for Royal Ascot on Trials Day this week, live on Sky Sports Racing…

This Bath winner has big shoes to fill. He represents the same connections as last year’s Windsor Castle winner Chipotle, who also took this trial race en route to victory in June.

Trainer Eve Johnson Houghton was quick to mention Royal Ascot for this son of Dandy Man, telling Sky Sports Racing: “If he’s good enough to go, why not?”

That debut victory is probably not as impressive, on paper at least, as Chipotle’s Brocklesby success last season, but Whistle And Flute now has the chance to prove his own class.

His main rivals include Richard Hughes’ Windsor winner Michaela’s Boy, whose form was franked with the second and third – Kaasib and Democracy Dilemma – finishing in a 1-2 at Salisbury last week.

Of the four others, only Charlie and Mark Johnston’s Fragrance has racecourse experience, finishing second behind Tajalla – 10/1 for the Windsor Castle – at Newmarket two weeks ago. 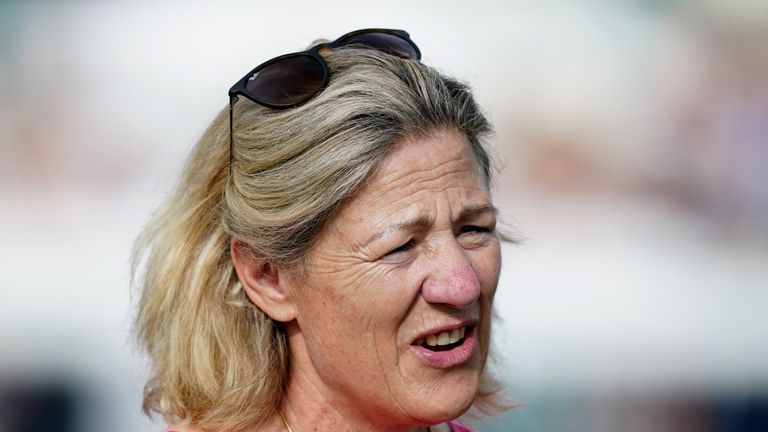 A lack of rain means Gold Cup favourite Trueshan does not head to Ascot this week, but that opens the door for others to stake their claim in the staying division.

Brian Ellison’s Tashkhan might just be the one to step into the limelight, having chased home Trueshan in the Long Distance Cup here on Champions Day back in October.

The four-year-old seems to relish the two-mile trip and could still be improving. He is 16/1 for June’s big one.

It is always worth having a second look when Irish supremo Aidan O’Brien sends one over to Ascot and Wordworth could be another on the up this season.

The son of Galileo has the advantage of match fitness after winning on his reappearance at the start of April at Gowran Park.

He also brings elite-level form having finished runner-up in the Group Two Queens Vase at the Royal meeting last year, before going on to be third in the Irish Derby and second in the Grand Prix De Paris.

Two miles is the big question mark as he tackles the distance for the first time, but he could be a lot shorter than his current price of 14/1 for the Gold Cup if this goes well.

David Loughnane has never made any secret of the high regard in which he holds Go Bears Go, who made a winning debut at Ascot in May last year before being narrowly beaten by Perfect Power in the Norfolk Stakes.

Having made the most of going up to six furlongs to win the Group Two Railway Stakes at the Curragh, the team then struck the crossbar on a number of occasions, including a hugely valuable second at the Breeders’ Cup.

Given his course form, the current 20/1 about Go Bears Go for the Commonwealth Cup could look a huge price come Wednesday evening.

Mill Reef front two Wings Of War and Hierarchy do battle once more and look the main dangers, along with Richard Spencer’s Space Cowboy, who finished third on All-Weather Finals Day at Newcastle last time out.

Charlie Appleby and William Buick is a combination that strikes fear into many of their opponents and could well do so here with Valiant Prince.

The four-year-old son of Dubawi arrives in red-hot form having won twice in Dubai at the start of the year, rising to his current mark of 110.

That puts him on a par with William Knight’s Sir Busker, who finished third in this last year before filling the same spot in the Queen Anne behind Palace Pier.

While Sir Busker is a consistent type, including coming home fifth in the Dubai Turf last time, his winless run stretches back to the 2020 edition of Royal Ascot.

Rosberg's verdict on Hamilton woes and 'rising tension' at Mercedes