Sky Sports F1 will broadcast live coverage of every W Series qualifying and race; 10-race calendar for 2022 across eight Formula 1 Grand Prix weekends, with season starting in Miami on May 6-8; Jamie Chadwick won 2019 and 2021 titles in all-female championship 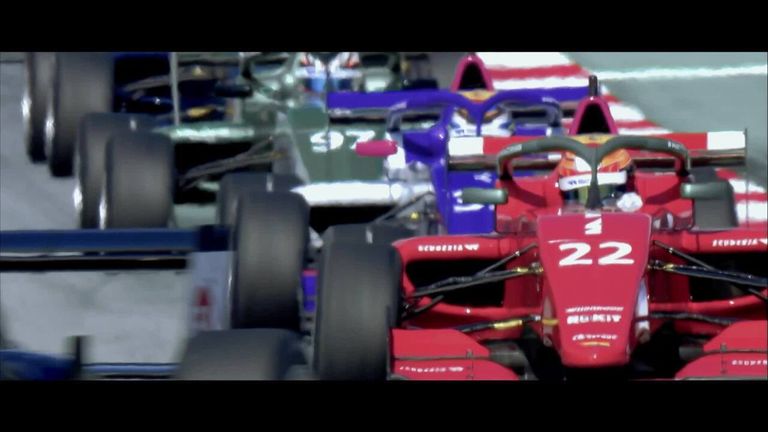 Sky Sports will broadcast all 10 races and every qualifying session from the 2022 W Series, starting next weekend in Miami.

Sky Sports will broadcast all 10 races and every qualifying session from the 2022 W Series, starting next weekend in Miami.

W Series will include 10 races across eight Formula 1 Grand Prix weekends in 2022, and Sky Sports will broadcast live coverage of every qualifying and race session.

The season begins with a double-header in Miami, USA, on May 6-8.

The three-year partnership – through to the end of W Series’ fifth on track season in 2024 – represents W Series’ largest media investment to date and will include distribution of W Series content across Sky’s channels, including linear, digital, and social.

The deal also increases the footprint of W Series coverage across Sky’s global platforms. As well as the UK, W Series will begin a new partnership with Sky Italia this season, adding to the series’ existing agreement with Sky Deutschland.

Sky is committed to the marketing and promotion of W Series coverage through its network of channels, as well as joint initiatives to promote women in motorsport. W Series will sit alongside Sky’s premium sports portfolio, including elite women’s sport such as the FA Women’s Super League.

The W Series broadcast talent team for the 2022 season will be announced in due course.

“In addition to Sky Italia and Sky Deutschland, Sky Sports are delighted to be growing our motorsport portfolio with this recently established elite women’s series,” said Jonathan Licht, Managing Director of Sky Sports.

“We pride ourselves in being a good partner to sport and it’s been a privilege to work alongside Catherine and her team to come up with a broadcast offering that works for everyone. I have followed the progress of W Series closely and it is clearly a very exciting time to be a part of this journey.

“At Sky Sports we are committed to making sport more inclusive and I can now proudly say that with the addition of W Series, every genre channel at Sky Sports now has both men’s and women’s sports coverage.

“We look forward to sharing the excitement of this upcoming season with our viewers.”

“Throughout our conversations with Sky, I’ve been impressed by their commitment to women’s sport and plans to amplify coverage of W Series across their vast portfolio of distribution channels, which will add real weight to our offering across broadcast, digital, and social platforms.

“This partnership enables W Series to continue to expand its viewership within the UK. Alongside Sky, Channel 4 will continue its free-to-air coverage of the entire W Series season with highlights of every race and will also broadcast live our home race at the British Grand Prix at Silverstone in July. With this broad broadcast offering, we have the perfect mix of coverage across our UK audience.

“W Series is an increasingly international series – more than half of the races during the 2022 season will take place outside Europe, including our first-ever race in Asia in support of the Japanese Grand Prix at Suzuka. Our broadcast partnership with Sky Sports reflects this, giving us great breadth of coverage across Sky’s global platforms and we’re excited to showcase incredibly exciting racing through fantastic content, direct to our fans.”

Motorsports fans can tune in to watch coverage of every race of the W Series championship live on Sky Sports F1 as well as qualifying, weekly preview shows and everything else W Series across Sky Sports’ linear and digital platforms.

In addition, Channel 4 will broadcast live and free-to-air coverage of the fourth race of the 2022 W Series season, the British Grand Prix at Silverstone, UK, and show highlights of the other nine races from season three.