A total of 128 quarterbacks have been selected in the first round of the NFL Draft in the Super Bowl era.

Liberty’s Malik Willis, Pitt’s Kenny Pickett and Cincinnati’s Desmond Ridder could join that list at the 2022 NFL Draft on April 28-30 in Las Vegas. It’s a distinguished group that has spawned countless rankings lists.

So, what’s one more with a different spin? The Sporting News was curious about where those quarterbacks were drafted in the first round. We compiled the Super Bowl era quarterback draft based on draft position and picked the best one at each spot from 1 to 32.

A total of 27 of those 32 spots were filled, and there were more than a few surprises. Seven quarterbacks on this list won a Super Bowl as a starter. Four active quarterbacks are on the list. The Dolphins, Bears and Ravens have three quarterbacks each here.

Who made our Super Bowl-era QB draft from 1-32? Here’s a closer look: 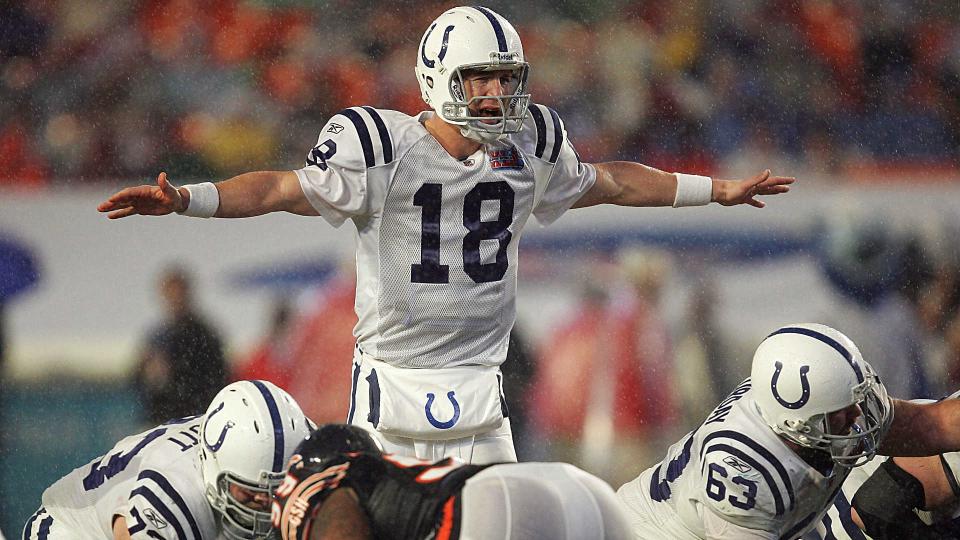 A total of 26 quarterbacks have been drafted No. 1 in the Super Bowl era. Manning, a five-time NFL MVP and two-time Super Bowl champ, reset the standard for success with 71,940 and 539 TDs.

McNabb was drafted behind Tim Couch in 1999, and he spent the majority of his 13-year career with the Eagles. McNabb was a five-time Pro Bowl selection and led Philadelphia to five NFC championship games and an appearance in Super Bowl XXXIX. McNabb finished with 37,276 passing yards, 234 TDs and 117 interceptions.

This was a toss-up between McNair and Matt Ryan. Both have MVP awards and led their teams to a Super Bowl appearance. We gave the slight edge to McNair, who had a 91-62 record as a starter between Houston and Tennessee and led with a tough-guy mentality for 13 seasons.

Griese is one of three Dolphins quarterbacks on this list. He gets the edge over Philip Rivers, one of the all-time great passers, because of the postseason success. Griese won two Super Bowls and was a member of the undefeated 1972 team. He was 92-56-3 as a starter.

Jim McMahon would be the splash pick here given he won a Super Bowl with the Bears, but Collins had a longer career and sustained success with three different franchises. He led the Panthers to a NFC championship game and the Giants to an appearance in Super Bowl XXXV. Collins finished with 40,922 passing yards, 208 TDs and 196 interceptions. 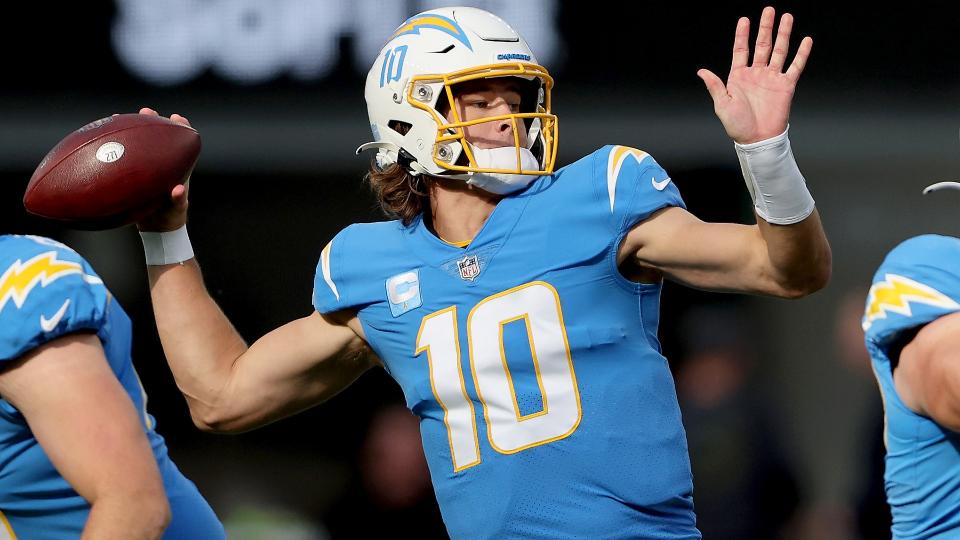 We could have put Trent Dilfer here based on the Super Bowl ring, but we’re projecting forward with Herbert, who passed for 5,014 yards last season and has 60 TD passes in just two seasons. We’ve seen enough to be convinced that Herbert will lead the Chargers to a few deep postseason runs.

Five quarterbacks have been taken with the No. 7 pick in the first round, and Simms found his niche with Bill Parcells and the Giants in the 1980s. New York won two Super Bowls, including one which Simms missed because of injury. He was the MVP of Super Bowl XXI and finished with 199 TDs and 157 interceptions. Josh Allen could take this spot in the future.

Tannehill is a polarizing quarterback, but he’s enjoyed a solid nine-year NFL career to this point with the Dolphins and Titans. He’s led Tennessee to the playoffs each of the last three seasons, and he needs one TD pass to hit 200 for his career.

Domres is the only quarterback to be taken No. 9 in the Super Bowl era. He was an Ivy League star at Columbia, but his NFL career never took off. He was mostly a backup over nine seasons and finished 12-20 as a starter.

Mahomes has accomplished so much in just five seasons. He’s won a NFL MVP award, made two Super Bowl appearances and led Kansas City to four straight AFC championship games. He’s 50-13 as a starter for the Chiefs, and his flashy style is a hit with all generations.

Roethlisberger was the third quarterback taken in 2004 behind Eli Manning and Philip Rivers. Big Ben won two Super Bowls as part of an 18-year career with the Steelers. He finished with 64,088 passing yards, 418 TDs and 211 interceptions. That should be enough to land in the Pro Football Hall of Fame.

Watson spent the first five seasons of his career with the Texans. He led the NFL in passing yards (4,823) and TDs (33) in 2020. Watson will not face criminal charges in connection with allegations of sexual misconduct from 22 women, but he could be suspended by the NFL. He was traded to the Cleveland Browns on March 18.

Miller is somehow the only quarterback that has been selected with the No. 13 pick. He lasted 10 NFL seasons and led the Falcons to a run in the NFL playoffs in 1991. Miller finished with 123 TDs and 102 interceptions. 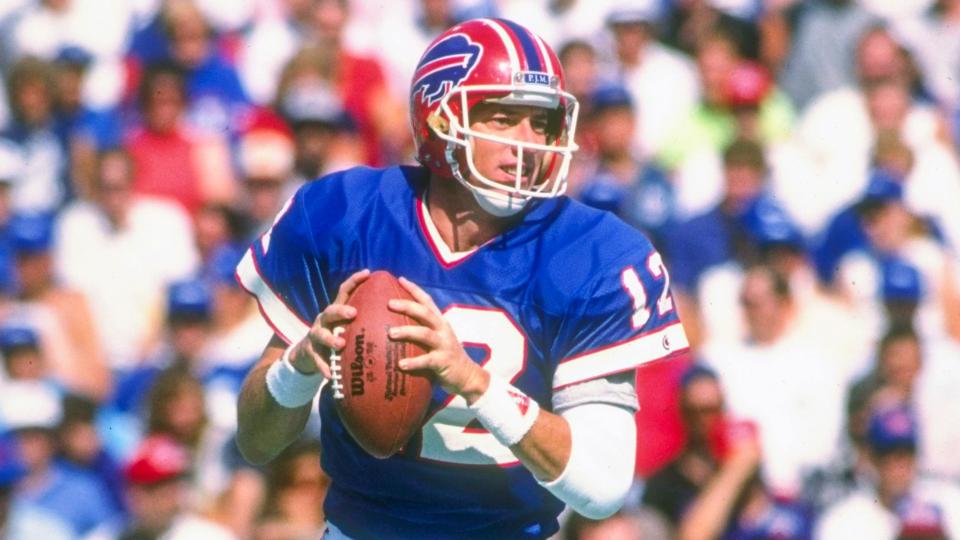 Kelly initially passed on the Bills in favor of the Houston Gamblers of the USFL, but he returned to Buffalo after that league folded. He went on to a Pro Football Hall of Fame career that included four Super Bowl appearances. He finished with 35,467 yards, 237 TDs and 175 interceptions.

This is a toss-up with Tony Eason, who was part of the legendary 1983 class. Wilson was a star at BYU who played 10 seasons, and he had his best season in 1985 when he went 11-2 as the starter for the Raiders. New England’s Mac Jones will take over the spot pretty soon at this rate.

Who? It’s not the Hall of Fame pitcher. Johnson is one of three quarterbacks who has been selected No. 16, and it’s a thin group. Johnson played nine NFL seasons, which was broken up in 1974 when he played one season with The Hawaiians in the World Football League.

Williams, a Grambling State star, played his first five seasons with the Buccaneers before a stint in the USFL. He returned for a productive four-year career with Washington, where he became the first African-American quarterback to win a Super Bowl. He passed for 340 yards and four TDs in Washington’s 42-10 win against Denver in Super Bowl XXII.

Flacco joins this elite list after all. He is one of only two quarterbacks taken with the No. 18 pick, and he was the MVP of Super Bowl XLVIII. Flacco has 41,269 passing yards with 227 yards and 144 interceptions. He is still active and will begin 2022 with the New York Jets, who drafted the only other QB in this spot in 2000.

In this draft, Boller, a former Cal quarterback, is taken ahead of Aaron Rodgers. Boller played 10 NFL seasons, had a 20-27 record as a starter and finished with 8,931 yards, 48 TDs and 54 interceptions.

A quarterback has not been selected with the No. 20 pick in the first round of the NFL Draft. Jack Trudeau was the 20th pick in the second round (47th overall) by Indianapolis in the 1986 NFL Draft. 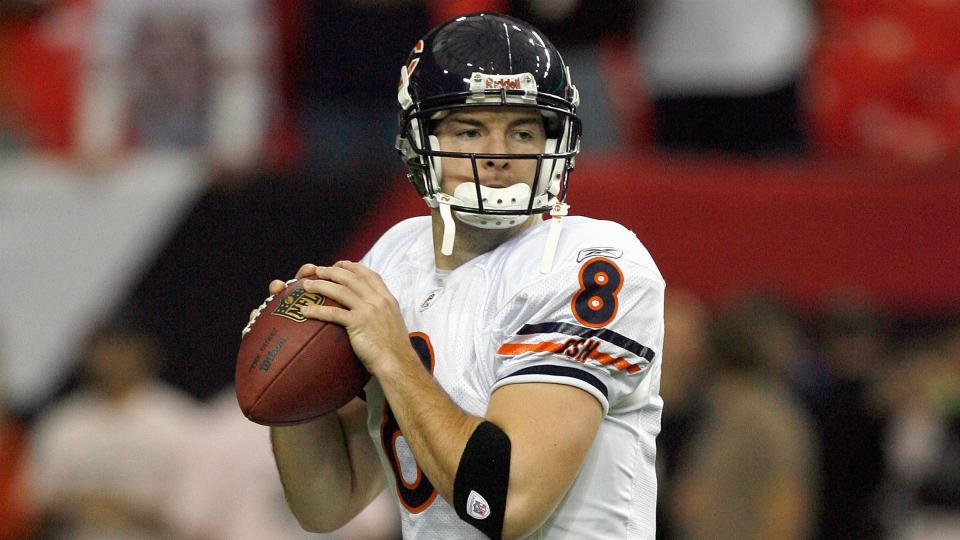 The No. 22 pick has been an interesting ride for the Browns (see below), but the Bears found fleeting success with Grossman, who was the starting quarterback for Chicago in Super Bowl XLI. Grossman finished his career with 10,232 yards, 56 TDs and 60 interceptions.

Fuller is the only quarterback that has been selected with the No. 23 pick in the history of the NFL Draft. He played eight NFL seasons and had 28 TDs and 41 interceptions. Fuller was a backup for Jim McMahon for the Chicago Bears’ Super Bowl championship team in 1985.

Stop if you’ve heard this one before. Rodgers slid down the draft board after San Francisco passed on him at No. 1 and went on to become the successor for Brett Favre in Green Bay. Rodgers is a four-time NFL MVP winner with 55,360 passing yards, 449 TDs and 93 interceptions. He’s still looking for that second Super Bowl appearance with the Packers.

Campbell was taken with the pick after Rodgers. He had a 10-year career in the NFL where he compiled 16,771 yards, 87 TDs and 60 interceptions.

Harbaugh had a 66-74 record as a starter in 14 NFL seasons. He led the Colts to the 1995 AFC championship game and was a Pro Bowl selection that season. He is now the head coach at Michigan. 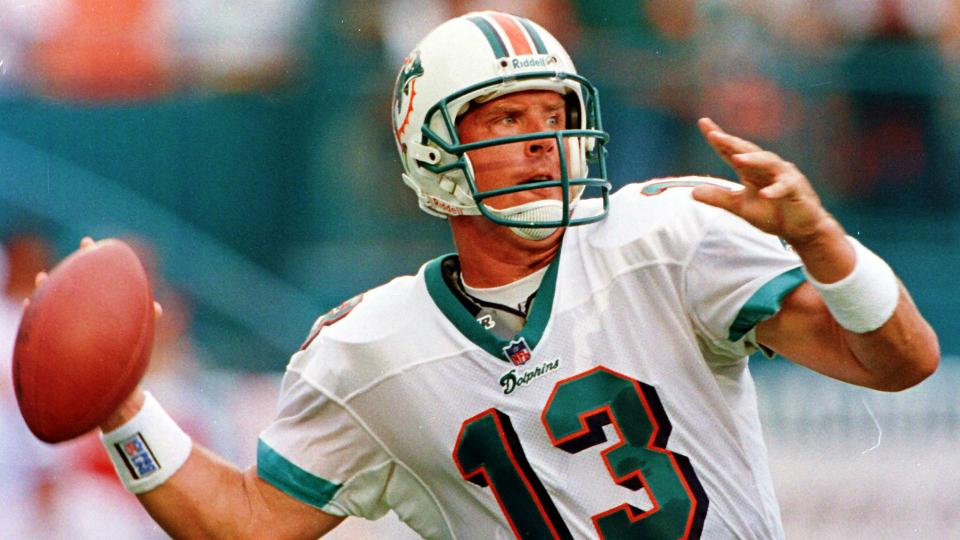 Marino was the last quarterback taken in the first round in the 1983 NFL Draft, which also included Elway. Marino set then-records with 61,361 passing yards and 420 TDs. He was the NFL MVP in 1984 and considered one of the greatest arm talents of all time.

Malone is the only quarterback to be taken with the 28th pick in the first round. Malone played nine seasons and finished 23-30 as a starter. He continues to be a sportscaster and radio talk show host.

No quarterbacks have been selected with the No. 31 pick. Cody Kessler was taken with the 31st pick in the third round of the 2016 NFL Draft. 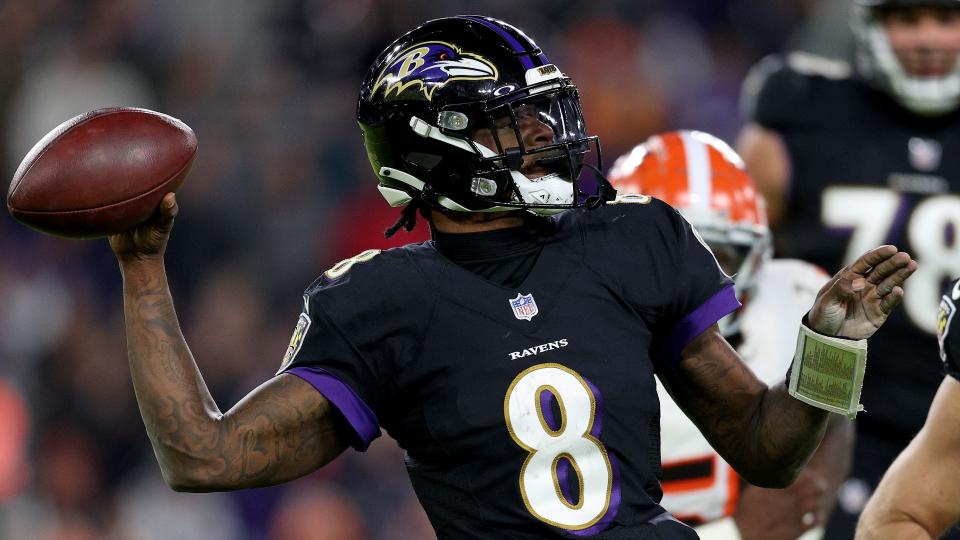 Ravens general manager Ozzie Newsome rescued Jackson with the last pick in the first round in 2018. The Heisman Trophy winner won the NFL MVP award in 2019. He’s a two-time Pro Bowl selection.