Chelsea almost completed one of the greatest nights in their history when they visited Real Madrid, looking to overcome a 3-1 deficit from the first leg of their Champions League quarter-final. They managed it, at least for a while. Thomas Tuchel’s men played with confidence and aggression, and looked like the home team for much of the match, with the away fans audible over a disgruntled Bernabeu earlier this month.

It wasn’t to be for the Blues. Rodrygo’s finish after Luka Modric found him with a sublime outside of the boot cross levelled the tie. Karim Benzema was the man to make the difference, heading Real back into the lead during extra time.

Still, the West London side can be proud of how it played for much of the match. The 120 minutes in Madrid were a perfect example of an ‘almost-comeback’: A team leaving themselves with an impossible task in the first leg, only to come agonisingly close in the second.

In honour of Chelsea’s efforts, we’ve compiled a list of the best almost-comebacks in the Champions League in recent years.

It was another English loss at the Bernabeu, as Raul scored a brace in the first leg as Real Madrid ran out 3-1 winners at home to put themselves in the driver’s seat.

United would host the Galacticos at Old Trafford and, with Raul sidelined by appendicitis, they had hope of a comeback. But a hat-trick by Brazilian star Ronaldo gave the visitors the lead three times.

But at 3-2 for Real Madrid (and 6-3 on aggregate for the Spanish side), it wasn’t over yet. David Beckham picked up a brace to give United the second-leg win: a trademark free kick was followed by a scrappy second with minutes left on the clock. However, the United comeback fell two goals short (Real Madrid would have advanced on away goals). 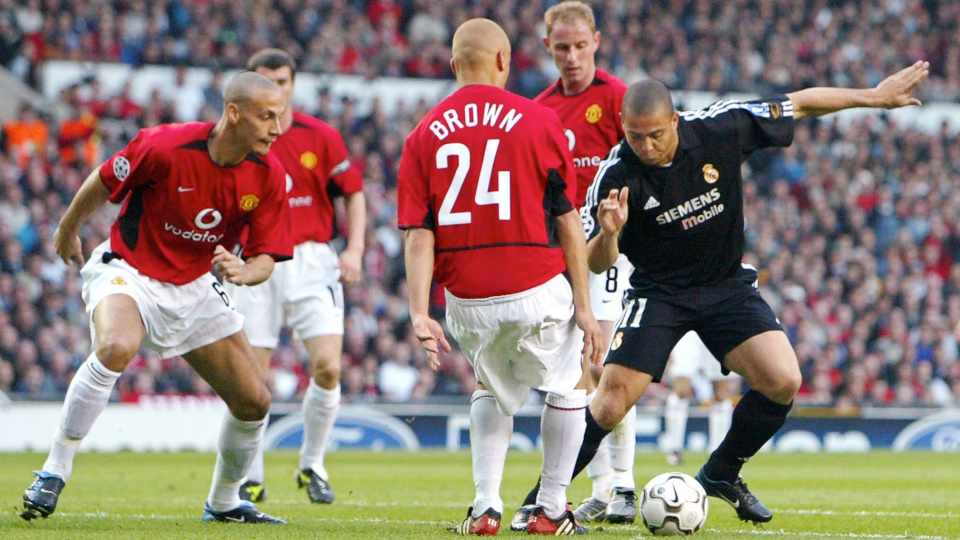 Jupp Heynckes’ side won 3-1 in North London in the first leg of this tie to put themselves in control. Bayern were in all-conquering form, setting a new record for the fastest Bundesliga title win in history, and Arsène Wenger was asked whether a comeback was “mission impossible” ahead of game.

Impossible or not, Arsenal tried. It only took three minutes for them to score, Olivier Giroud sliding home Theo Walcott’s cross to give them an unlikely goal. Bayern were knocked, but not for long, and soon gained control of the game. Both sides had chances, but defences were on top in the game and the comeback looked unlikely for the Gunners.

A second goal late on changed the complexion of the tie, as Laurent Koscielny headed home a Santi Cazorla corner with minutes to go, prompting a manic end to the game. Bayern Munich went through on away goals, with Arsenal unable find the goal they needed in the final few minutes.

A mirror image of the tie above, this time it was PSV Eindhoven who failed in their comeback. The Dutch side lost 2-0 in the first leg, but welcomed Milan with a comeback on their minds.

They started brightly, with Ji-Sung Park getting a goal back within the first ten minutes. Milan were difficult to break down, with manager Carlo Ancelotti packing his side’s midfield, but the Dutch side got the goal they were looking for just after the hour. Phillip Cocu headed home from a Young-Pyo Lee cross and the tie was 2-2 on aggregate.

PSV’s task was made harder when Massimo Ambrosini scored a crucial header from a Kaka cross and, although Cocu gave his side hope with an excellent volley, the Italians went through on away goals.

A #UCL epic 16 years ago today as PSV & Milan went toe-to-toe in the semi-finals 🍿🍿 pic.twitter.com/gMHPgibeaf

Arsenal were faced with a mountain to climb after a meek display in the first leg, with AC Milan winning 4-0 at the San Siro. While Milan went through in the end, Arsenal gave them a scare in North London. The second leg started well for Arsenal, with Laurent Koscielny heading a corner past Christian Abbiati with less than ten minutes on the clock.

Less than 20 minutes later, Tomas Rosicky turned a Theo Walcott cross home. Milan were rattled, and Arsenal were rampant. Alex Oxlade-Chamberlain earned a penalty just before half-time after driving at Djamel Mesbah, who had one of the worst Champions League debuts in living memory. Robin van Persie converted from the spot, and Arsenal were almost level.

The Gunners continued their efforts after half-time and, just before the hour mark, van Persie had the chance to level the tie. Close to goal, he chose a delicate dink over Abbiati, who held on to the ball. That was the game. Arsenal began to tire, Oxlade-Chamberlain had already gone off with an injury, and Milan had the better of the game in the dying stages. Arsène Wenger’s side came close, but ultimately fell short. 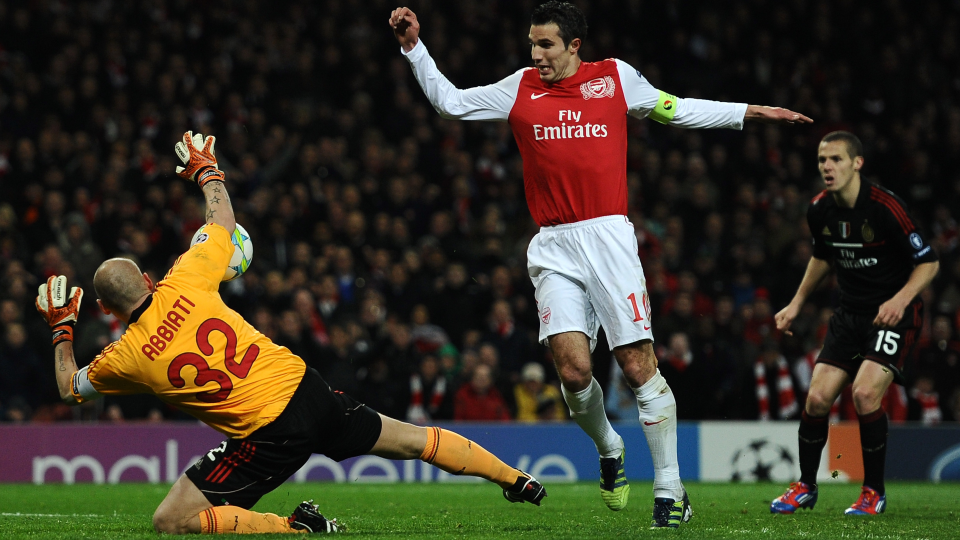 This tie saw an eight-goal thriller in the second leg, as Guus Hiddink’s Chelsea survived a major scare at home to Liverpool.

Having won the first leg at Anfield 3-1, Chelsea could be forgiven for thinking that they’d done the hardest part. However, the visitors had the best of the first half at Stamford Bridge. The Reds went in two goals ahead after Petr Cech misjudged Fabio Aurelio’s free kick, and Xabi Alonso converted a penalty. Liverpool’s comeback was almost complete, before Chelsea hit back.

The Blues scored twice in six minutes, with a deft finish from Drogba forcing a fumble from Pepe Reina before Alex rifled home a free kick. Drogba then turned provider, as Frank Lampard turned home his cross. Chelsea were ahead on the night, and the tie looked out of Liverpool’s reach, but the Merseyside club came again.

Lucas Leiva’s shot found the back of the net, via a deflection, and Dirk Kuyt quickly followed with a header at the near post. Stamford Bridge fell into an uneasy quiet as Liverpool needed just one more goal in the dying stages of the game to go through on away goals. However, the final goal went the way of the hosts. Anelka’s pass was turned home by Lampard. He picked up his second of the game and the tie really was beyond Liverpool.

In what has become a recurring theme, Arsenal once again found themselves with an unenviable task after a disappointing first leg. Arsenal lost 3-1 in North London, an agonising game in which Alex Oxlade-Chamberlain scored a wonderful goal after ninety minutes, to bring the tie back to 2-1, only for Yannick Carrasco to get in behind as Arsenal were caught upfield chasing the game, and scored a third away goal.

Nevertheless, Arsenal were used to attempting second-leg comebacks. They were much improved in the second leg, the better team in Monaco, and they reaped their reward as Olivier Giroud scored after 36 minutes. Danny Welbeck went close just before half-time, but Arsenal went into the break 3-2 down on aggregate.

Aaron Ramsey came on and made a difference, latching on to Layvin Kurzawa’s poor clearance to pull another goal back with ten minutes to go. Monaco began to regain their composure in the second half and caused Arsenal problems of their own. In the end, a 2-0 loss on the night saw the hosts through on away goals.

MORE: Which teams are in next season’s Champions League?

At the same stage of the competition that year, Real Madrid were given an almighty scare by Schalke. The Spanish side won the first leg in Germany 2-0, with goals from Cristiano Ronaldo and Marcelo, and would have been confident of getting through to the quarter-final with the second leg at home. The two sides had met at the same stage the previous year, with Real winning 9-2 on aggregate, but it was a much closer run thing on this occasion.

Christian Fuchs fired home after 20 minutes to give the visitors the lead, before Cristiano Ronaldo equalised with a header minutes later. He had to repeat the trick just before half-time, as Klaas-Jan Huntelaar had once again put the visitors ahead on the night. Karim Benzema made it 3-2 to the hosts in the second half, but that goal was met by a stunning strike from Leroy Sané, curling the ball past Iker Casillas from outside the area.

Carlo Ancelotti’s team had taken criticism in recent months, and Schalke’s stubborn resistance continued to expose frailties. The visitors scored again, Huntelaar putting them ahead on the night after 84 minutes. They were just one goal away from levelling the tie on aggregate and going through on away goals, but that proved a step too far. A frantic finish saw Madrid reach the quarter-finals by the skin of their teeth. 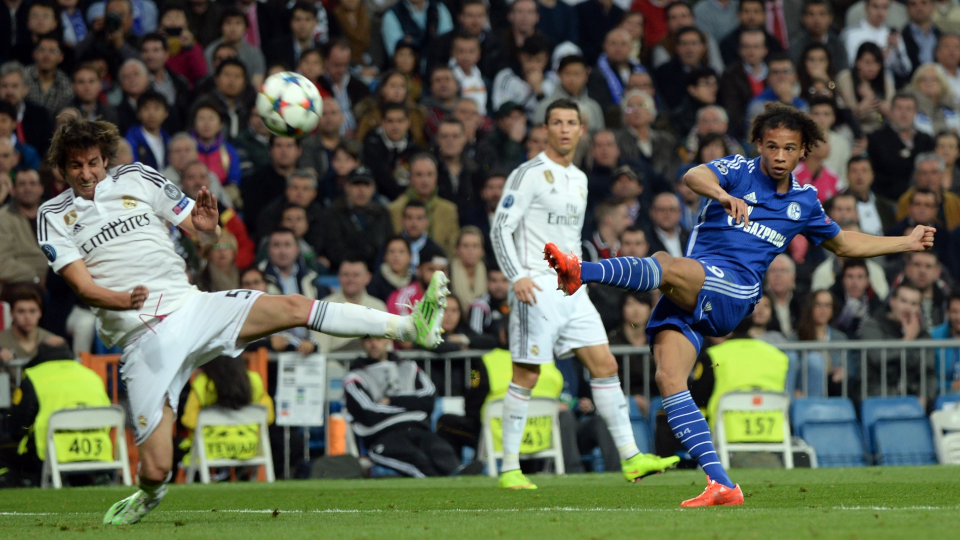 Real Madrid needed a Cristiano Ronaldo penalty, right at the death, to see themselves through this one. They were 3-0 up from the first leg, a game in which the Portuguese forward scored a stunning bicycle kick. Right from the start, things didn’t go the way of the hosts in this game, with Mario Mandzukic heading home from a Sami Khedira cross just two minutes in.

Mandzukic got the second too, just before half-time. This time Stephan Lichtsteiner was the provider, as the Italian side just needed one more goal to level the tie. That goal came through Blaise Matuidi, the French midfielder capitalising on a Keylor Navas error to make it 3-3 on aggregate, and the tie was level.

Juventus tried to push for a fourth, but couldn’t find it. After 90 minutes, Medhi Benatia brought down Lucas Vazquez in the box. Several minutes passed with Juventus players angrily remonstrating. Gianluigi Buffon was sent off, and eventually Gonzalo Higuain came off for Wojciech Szczęsny to go in goal for the spot kick. Seven minutes after it was awarded, the penalty was converted by Ronaldo and Juventus hearts were broken.