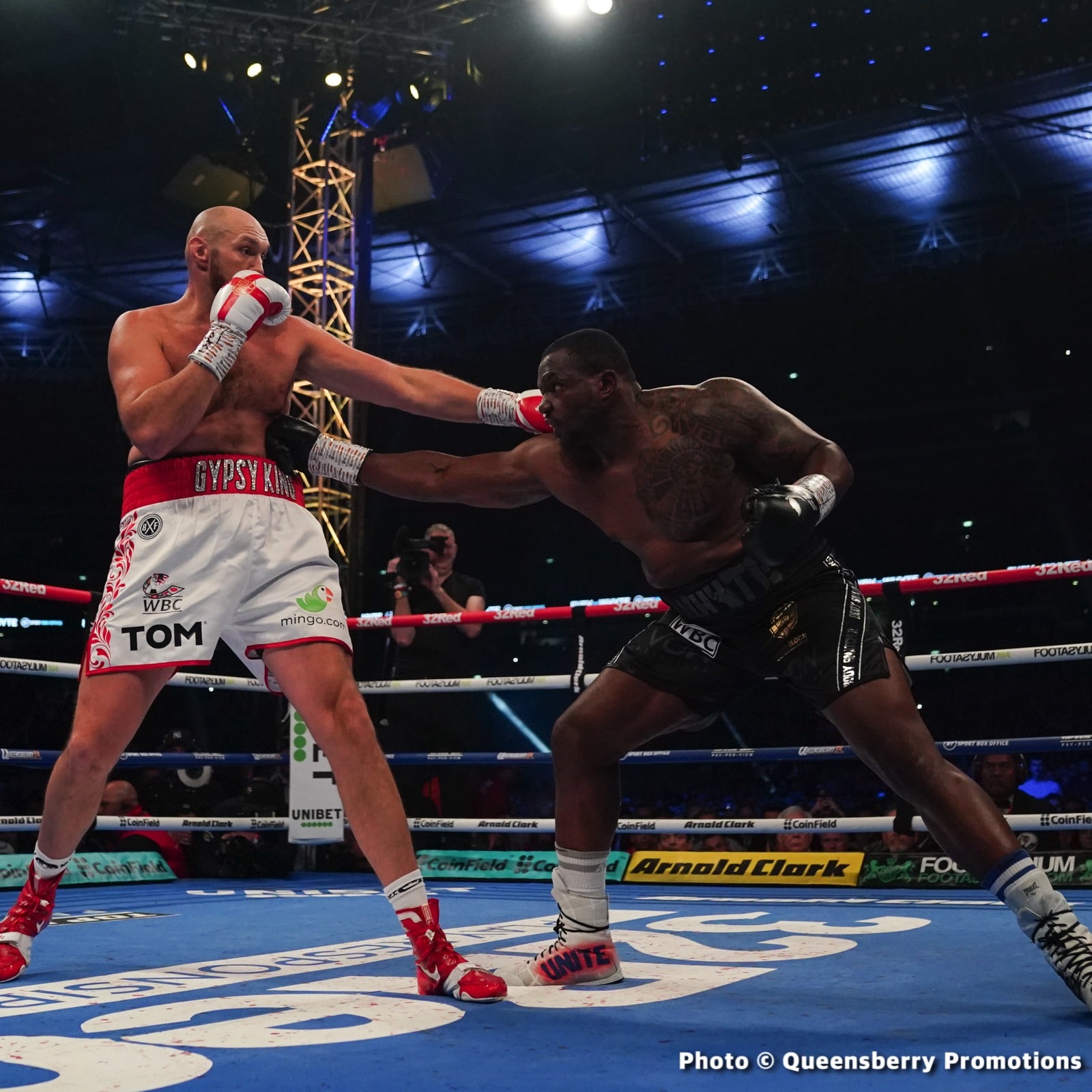 By Barry Holbrook: Trainer Dominic Ingle wants to know who told Dillian Whyte to come out southpaw in his fight last weekend against Tyson Fury.

Whyte may have ruined his only shot at winning by an early knockout with his decision to fight southpaw because he wasted energy and appeared gassed out after two rounds.

Like many people, Ingle was surprised to see Whyte (28-3, 19 KOs) try and fight southpaw against Fury (32-0-1, 23 KOs) because he looked awkward and uncomfortable the entire time.

Whyte should have known that he wasn’t qualified to southpaw against a highly skilled heavyweight like the ‘Gypsy King.’

Did Whyte’s trainer come up with the idea of him fighting southpaw? If not, did he try and talk Dillian out of the idea?

Whyte waited close to three years to get a title shot finally, and he messes it up by fighting southpaw.

Granted, Whyte was so bad that he probably would have lost even if he fought out of the orthodox stance the entire fight, but we’ll never know for sure.

All we can say is Whyte looked subpar fighting southpaw, and by the time he switched to orthodox, he was breathing heavy, looking spent.

“He probably saw Tyson Fury training southpaw, and he thought, ‘I’ll negate that by going southpaw,’” said Dominic Ingle to Boxing King Media. “That’s not the way you do it; that’s not what you do.

“You’ve got to stick with what you’re good at, and Dillian Whyte is not capable of boxing from the southpaw stance,” Ingle said. “Tyson Fury has fought full-fights boxing southpaw. Dillian Whyte hasn’t.

“It’s never going to be an advantage to put yourself at a disadvantage. So straight away, the alarm bells are ringing. Who’s telling him to do that? What’s going through his mind? You’ve got to stick with what you’re good at.

“That’s kind of where the fights are lost. When you get into somebody’s head so much that they come out with a stance, they’re not familiar with, not really comfortable or good at, you’ve gotten to them straight away. Tyson must have been smiling to himself.

“I thought Tyson won every round. I don’t think he threw any uppercuts until the uppercut that knocked him out. So, he kind of got Dillian comfortable, tapping him, making him move, keeping him active.

“He’s never effective on the outside, waiting to land shots, trying to outbox somebody. He’s got to get in on your chest and throw, but Tyson never allowed that.

“Out of nowhere, Tyson pulled out the uppercut, and he clipped him. He kind of hit him & shoved him, which he really didn’t need to do. I think the shot was damaging enough, but it was all wrong for Dillian,” said Ingle.

Read: Valdez vs. Stevenson will have Ring Magazine 130-lb title on the line

NEXT: This isn’t the end for Dillian Whyte says Eddie Hearn