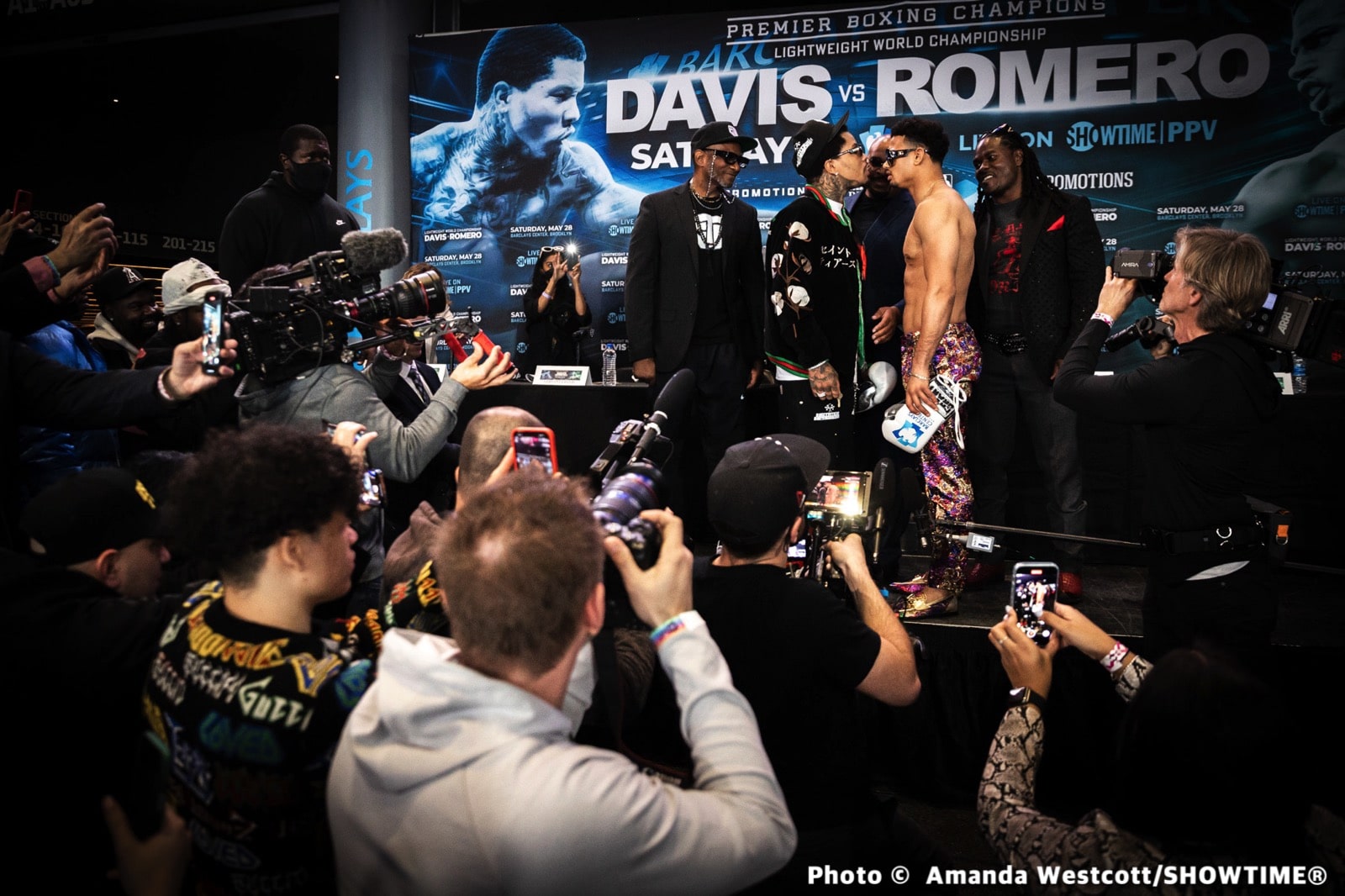 By Dan Ambrose: Tickets are reportedly selling fast for the May 28th fight between WBC ‘regular’ lightweight champion Gervonta ‘Tank’ Davis and Rolando ‘Rolly’ Romero at the Barclays Center in Brooklyn, New York.

Davis vs. Rolly will be shown on Showtime PPV, and there’s already a lot of interest from boxing fans in this match-up.

Rolly (14-0, 12 KOs) is predicting an early knockout of Tank, saying that he’s going to take advantage of his lack of size and his tendency to pressure.

If Tank Davis wins this fight, which is expected to be his last with Mayweather Promotions, he says he wants to face unbeaten Ryan Garcia next later this year. Tank vs. Ryan would be a huge fight on pay-per-view.

For the time being, Tank, 27, needs to defeat the dangerous knockout threat Rolly, and Ryan could be facing Isaac ‘Pitbull’ Cruz next in July.

Gervonta had all he could handle from Pitbull Cruz in their fight last December at the Staples Center in Los Angeles.

Fighting with an injured hand, Tank was forced to use movement to keep out of the wheelhouse of the hard-hitting Cruz.

Tank doesn’t want to look past Rolly, who feels is a better fighter than he’s given credit for. Although Rolly looks awkward, he can fight, and his power is second to none.

“May 28th at the Barclays Center in New York, I’m fighting Rolly Romero, somebody that talks trash,” said Gervonta Davis to I am Athlete.

“He’s just awkward, so people aren’t used to that. He can hit, and he’s going on pay-per-view, so he’s got to be someone that can fight a little bit.

“I feel like it’s going to be a good fight as long as it lasts. Showtime pay-per-view at the Barclays Center. I don’t know yet [how much the PPV price will be for Tank vs. Rolly].

“Let’s not look past Rolly, though,” said Tank, when asked bout the date for his fight against Ryan Garcia.

“I think my toughest fight would be someone like Gervonta Davis,” said Oscar Valdez to the TheMistode. “That would be a great fight at 130. At 135, I’m not looking to go to 135 anytime soon, but you’ve got some great names there.”

Little bit of boxing buzz at Barclays: Tickets for Tank Davis-Rolly Romero selling extremely well, I’m told. Tank has proven to be one of boxing’s biggest draws, and will add New York to the list of cities he does big-time gates in.

NEXT: Jessie Vargas vs. Liam Smith on April 30th live on DAZN

Exeter promoted to League One