Liverpool face Villarreal at Anfield in the first leg of this Champions League semi-final tie.

Jurgen Klopp’s side are still chasing the quadruple but know that they won’t be able to take anything for granted against a Villarreal team that are likely to be well organised again.

Villarreal, the current Europa League holders, caused a major upset in the quarter-finals as they managed to get the better of Bayern Munich.

The winners of this game will face either Manchester City or Real Madrid in the final.

The Sporting News is following the match live and providing score updates and commentary below.

87 mins: A rare chance for Villarreal as Dia shoots straight at Alisson. The flag goes up anyway.

84 mins: Liverpool have been utterly dominant and since going 2-0 up they have looked very calm and assured. Villarreal bring on Alcacer for Danjuma.

81 mins: Joe Gomez replaces Alexnader-Arnold. Origi is on for Diaz.

76 mins: Diaz, who has been lively throughout, sends the ball across the face of goal but there isn’t a connection from a team-mate.

75 mins: Liverpool seem confident they will see the first leg out and there is still time for them to add a third.

70 mins: Changes are made for both teams. Villarreal bring on Aurier, Trigueros and Dia for Parejo, Estupinan and Chukwueze.

Liverpool bring on Jota and Keita for Mane and Henderson.

68 mins: Liverpool now seem firmly in control and are retaining possession well. Van Dijk hits a powerful effort from distance that catches Rulli by surprise but the goalkeeper eventually deals with it. Diaz then sees a shot deflected wide by Albiol.

64 mins: Liverpool have another goal ruled out for offside. It’s another cross from Alexander-Arnold, Robertson finds the net but the flag is up.

61 mins: Salah goes down in the box under pressure from Torres but play is waved on. Lo Celso is now booked for a challenge on Robertson.

Villarreal have brought on Pedraza in place of Coquelin.

All of a sudden the Reds are dominating Villarreal 💪#UCL pic.twitter.com/PDphIrPTAx

GOAL – Liverpool 2-0 Villarreal (Mane) It’s a quickfire double for Liverpool, who get their second goal in two minutes. Mane steers the ball home after being found by Salah.

76 mins: Diaz, who has been lively throughout, sends the ball across the face of goal but there isn’t a connection from a team-mate.

LIVERPOOL GET THE BREAKTHROUGH. 🔴 pic.twitter.com/tK41GaKwQj

GOAL – Liverpool 1-0 Villarreal (Estupinan o.g.) Now Liverpool are in front. Henderson’s cross takes a significant deflection off Estupinan, which deceives Rulli and goes into the net.

49 mins: Fabinho puts the ball in the net and thinks he’s given Liverpool the lead but the goal is ruled out as Van Dijk is offside.

46 mins: Estupinan is booked for pulling down Salah just outside the penalty area.

The second half is underway at Anfield. Liverpool start brightly with Salah’s ball in being deflected off Pau Torres and into the path of Rulli.

Could Liverpool’s bench make the difference in this tie. Diogo Jota in particular could have a major impact.

Half time: Liverpool 0-0 Villarreal: The game is goalless at the break. Liverpool have tried their utmost to break the deadlock but Villarreal have managed to withstand the pressure so far. Thiago has come closest to scoring.

40 mins: Foyth makes an excellent challenge as Villarreal deal with the danger. Can they get through to half time with their clean sheet intact? Thiago then strikes the post with a dipping effort.

33 mins: Mane turns and has an effort deflected wide. Salah’s effort is deflected over from the resultant corner, with Lo Celso defending well. Shortly afterwards Alexander-Arnold delivers an excellent cross but Salah’s shot lacks conviction. At the other end Lo Celso makes an intelligent run but can’t connect properly with the ball.

30 mins: Diaz looks a major threat for Liverpool, with the winger going for goal again and testing Rulli with a powerful effort. Liverpool are looking to increase the intensity now. Van Dijk is booked for a foul on Chukwueze.

25 mins: Diaz drifts a little more centrally as he tries to combine with Alexander-Arnold, but Liverpool are still having to be patient as they look to break Villarreal down. Salah then shoots over after being found by Mane.

21 mins: Thiago finds Jordan Henderson, with the Liverpool captain’s effort striking the underside of the post.

18 mins: Liverpool will be wary of the threat Villarreal pose on the counter-attack. Unai Emery’s side are trying their best to slow the game down, much to the annoyance of the Liverpool fans.

14 mins: Diaz’s effort causes problems for Villarreal goalkeeper Rulli, who initially struggles to hold the ball before eventually claiming it.

12 mins: A good chance for Liverpool as Salah plays a dinked ball in towards Mane, who finds it difficult to make a proper connection as his header goes wide.

10 mins: Villarreal exert some pressure but the offside flag is raised against Danjuma.

6 mins: Fabinho sends a ball in towards Robertson, whose header goes over. The pattern of the game certainly seems set.

3 mins: Liverpool have started with a lot of intensity as expected. Will they be able to break down this well-organised Villarreal team?

Kick off: The game is underway.

10 mins to KO: You’ll Never Walk Alone rings around Anfield in the build-up to kick-off.

15 mins to KO: It will take something special to match the quality of last night’s clash between Manchester City and Real Madrid, but this is still an interesting encounter in its own right. Could Liverpool’s overall quality make the difference?

30 mins to KO: Liverpool’s improved squad depth has been an important factor in their impressive performances. Against Everton last weekend for example Divock Origi and Luis Diaz both made a significant impact off the bench. Diogo Jota is among those named among the substitutes tonight.

1 hour to KO: Villarreal are renowned for their defensive approach, but they can also pose an attacking threat themselves, with the likes of Samuel Chukwueze and Arnaut Danjuma capable of causing problems for Liverpool.

Here are the 1️⃣1️⃣ Yellows who will line up against @LFC.#UCL pic.twitter.com/0Jz2cNDTal

How we line-up for tonight’s #UCL semi-final! 👊#LIVVIL

90 mins to KO: The Anfield crowd could certainly have an impact tonight, but Villarreal have plenty of players who have played in this stadium before including former Arsenal midfielder Francis Coquelin. Villarreal certainly won’t be fazed by the size of the task facing them.

2 hours to KO: Welcome to The Sporting News’ live coverage of Liverpool vs. Villarreal. The stage is set for another memorable European night at Anfield, but will Liverpool be able to get the better of a Villarreal side that has already knocked out Bayern Munich and Juventus?

Liverpool forward Roberto Firmino remains doubtful with a foot problem but Jurgen Klopp should have the rest of his squad available. 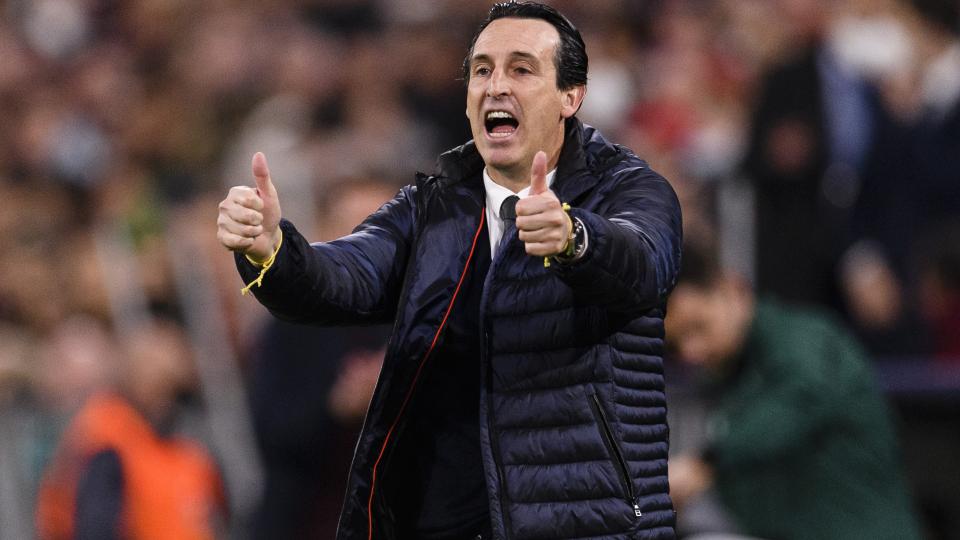 Former Liverpool defender Alberto Moreno is out with an anterior cruciate ligament injury, while Gerard Moreno is sidelined with a hamstring problem.

How to watch Liverpool vs. Villarreal

UK: In the UK the game will be shown on BT Sport

USA: Viewers in the USA can watch the game live on CBS with streaming available on Paramount +

Canada: In Canada the game will be available to watch on DAZN

Australia: Stan Sport will be showing the game in Australia