Tony Mullins’ star mare Princess Zoe bounced back to winning ways with a determined success in the Group Three Sagaro Stakes at Ascot on Wednesday.

The Group One-winning mare fought off several rivals and survived a stewards’ enquiry to land the Royal Ascot Trials Day feature under rider Joey Sheridan, edging out Quickthorn by a diminishing head at the finish.

Arguably the hard-luck story was Enemy and William Buick back in third, who was denied a clear run by the winner and didn’t have much space up the rail in the closing stages, eventually going down by a further neck, with Aidan O’Brien’s Wordsworth an unplaced favourite back in fourth. 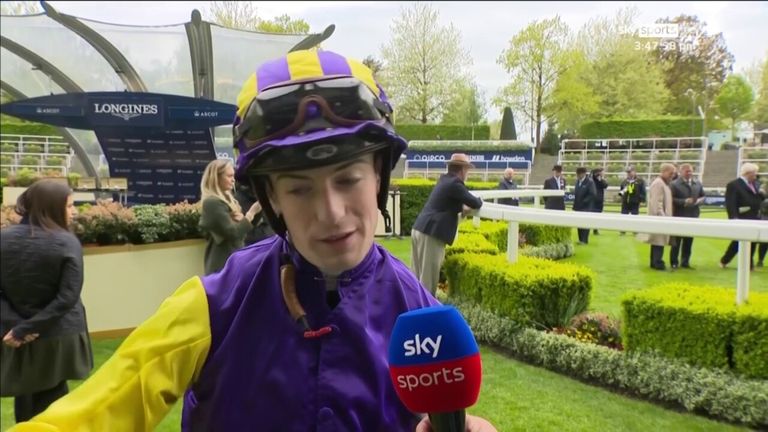 Winning jockey Joey Sheridan says Princess Zoe has given him the best days of his life after winning the Sagaro Stakes at Ascot on Wednesday.

The victory represented a first success for the seven-year-old since landing the Prix du Cadran back in October 2020. She has now been cut into 14/1 for Ascot Gold Cup success at the Royal meeting by Sky Bet.

Speaking after the race, winning rider Sheridan told Sky Sports Racing: “She changed her legs and as I pulled my stick through she came in. I thought it was a minor bump and I straightened her up straight away. I’m delighted.

“She’s been a revelation for me. I’m only 20 and she’s brought me to all these big days. Second in a Gold Cup, first Group One winner and she’s given me the best days of my life.

“I’m absolutely delighted to see her back to form on ground that still isn’t really ideal for her.”

Go Bears Go (5/4f) was cut into 10/1 for Commonwealth Cup success at Royal Ascot after landing the Trial in decisive fashion for David Loughnane and Rossa Ryan.

Despite briefly looking under pressure with Hierarchy and Ehraz travelling as well as the market leader, the Group Two-winning juvenile was well on top at the line to score by a length-and-a-half at the line. 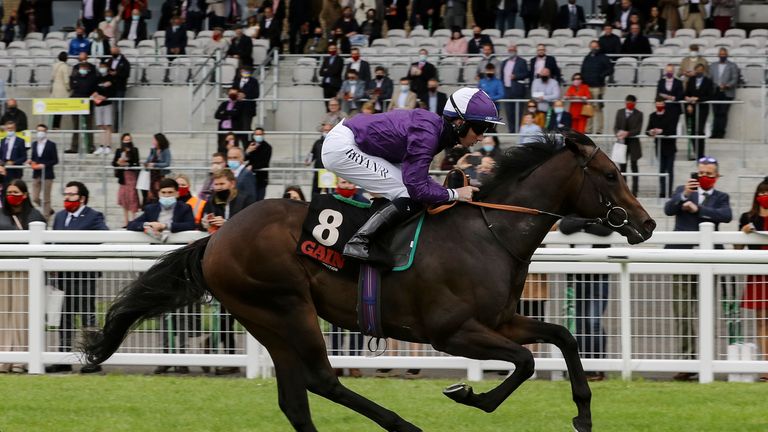 Despite being pushed along half a mile from home, she soon got the idea under Ryan Moore and weaved a way through the field to eventually score by over a length from fellow favourite Mukaddamah back in second.

Trainer John Gosden ruled out a run at the Royal meeting, despite having an entry for the Coronation Stakes, stating it would come too soon for the three-year-old filly. Despite lacking the experience of several rivals, he looked ultra-professional and knuckled down well to see off the threat of favourite Whistle and Flute, coming away to win by just over a length at the line.

After the race, trainer Andrew Balding suggested he would head to the Royal meeting, introduced at 20/1 for the Coventry Stakes.

The opening race went the way of Repertoire (6/1) for Saffie Osborne and David Simcock, sprinting clear to land the Manny Mercer Apprentice Handicap by six lengths at the finish.

The battle for the places was harder-fought, with Mostawaa ahead of Enough Already in third and Mark Of Respect back in fourth.