The 2022 NFL Draft is being talked up as one of the most difficult to predict in recent years, but that won’t stop Sky Sports’ resident coach Jeff Reinebold from giving it a go.

Ahead of Thursday night’s first round – live on Sky Sports NFL from 1am, Friday – Jeff, who will also join Neil Reynolds live on the Las Vegas strip from 9pm for a special Draft preview show that night, has given his mock draft on the top 10 picks.

I think, when all is said and done, it will be Aiden Hutchinson who ends up as the first overall pick.

I do believe there is some truth to the fact that Jaguars general manager Trent Baalke is in love with Travon Walker – a great athlete, with a lot of upside – but he is a long way from being a great football player just yet.

Walker ran a freaky 40-yard dash at the Combine that made everybody say ‘wow!’, but if you’re having to run that quick off the D-line, it usually means you’re in trouble and chasing a running back down.

I just feel that when you compare the two prospects, Hutchinson’s production stands out. If the Jags don’t pick him I think it’s a huge mistake. I think the Lions will think about Walker here, but actually, the next-most productive guy available is Kayvon Thibodeaux – there’s just all of the questions surrounding him and how much he loves football.

I tend to think all of that stuff is over-rated. But the question is, is he head coach Dan Campbell’s kind of guy? Because the Lions don’t need guys with questionable commitment.

Offensive line is one area the Texans have got to address as there’s no guarantee on the long-term future of Laremy Tunsil.

If that’s the way they go here then, in my opinion, the best offensive lineman all around, and the guy with the most position flexibility, is Evan Neal out of Alabama. He would be the ninth first-round offensive lineman coached by Nick Saban – an all-time record. 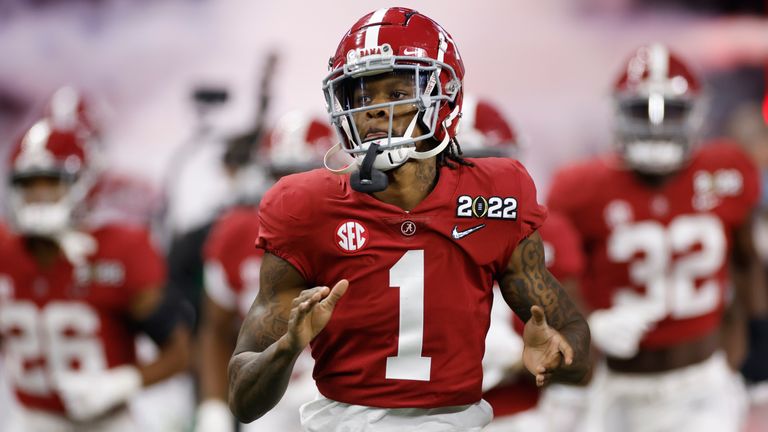 That said, I would not be surprised at all if the Texans went a different route and went for a cornerback here and Sauce Gardner out of Cincinnati.

The Jets are in a division that has Josh Allen and all of his weapons in Buffalo, Tua Tagovailoa now with Tyreek Hill and company down in Miami, plus there’s Mac Jones in New England – they have got to be able to get to the passer.

The best pass rusher available here has to be the pick. Jermaine Johnson II is my third-ranked rusher in this draft class, so if he’s not already off the board, he’d be my pick. If not, Walker has the chance to go here.

The Giants need help in the trenches and have to start picking bigger guys on the offensive and defensive line.

Quarterback Daniel Jones needs some protection – he has been batted around his whole career – and so Ickey Ekwonu, the tackle out of N.C. State, would be a great pick for them.

He is not a finished pass protector yet, but he is an outstanding run blocker, he plays extremely hard and he does have some position flexibility – he can slide in and play guard if they need.

The Panthers have got to fix the quarterback situation. They know in their heart of hearts that they can’t go into another season with Sam Darnold as the starter.

But there is no Joe Burrow in this draft, so this could go right down to the wire when Carolina are on the clock and I would not be surprised to see them trade out of this pick. 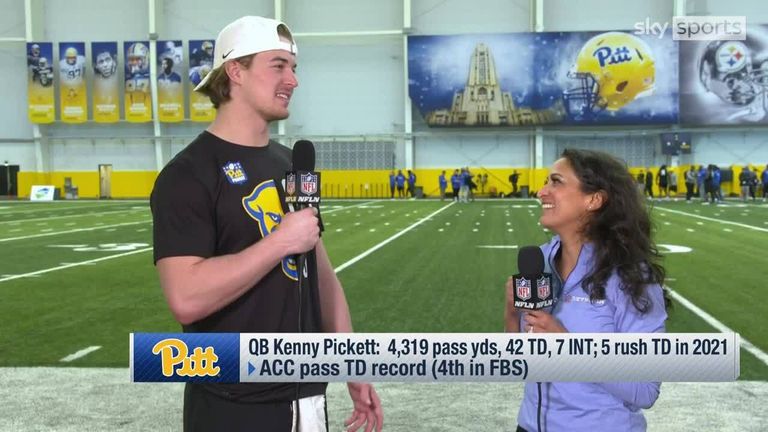 If they stay there and go quarterback, then it has to be Kenny Pickett because he is the most pro-ready right now. If they pick Malik Willis, then they’re drafting him for the next head coach of the Panthers, because Matt Rhule won’t survive till when the kid is ready to play.

I personally like Matt Corral from Ole Miss, who is a bit of a combination of Pickett and Willis, but I think Pickett will be the pick.

Having hopefully solved their O-line issues with the pick at No 5, here the Giants could have a look at a receiver – Jones needs weapons, and their new head coach Brian Daboll is an offensive guy who loves throwing the football.

The choice is whether they take Jameson Williams out of Alabama, who has an ACL injury, or go for the safer guy, Garrett Wilson from Ohio State?

Wilson is probably the best route runner of this class, but he doesn’t have the explosiveness and speed that Williams has.

It will come down to what the doctors tell them I think. What I’ve heard is that Williams is ahead of schedule in his rehab, he’d be a smart pick for the long-term.

Atlanta just need to take the best player available on the board, whoever that is at this point – as they need help everywhere!

Guys I’d have my eye on are Gardner at corner, Kyle Hamilton, the safety out of Notre Dame – a very good player – and the kid from Utah, linebacker Devin Lloyd.

Lloyd is really unique. He is a great leader, great tackler, he plays sideline to sideline and is great in coverage. I think he would be a huge pick for the Falcons. 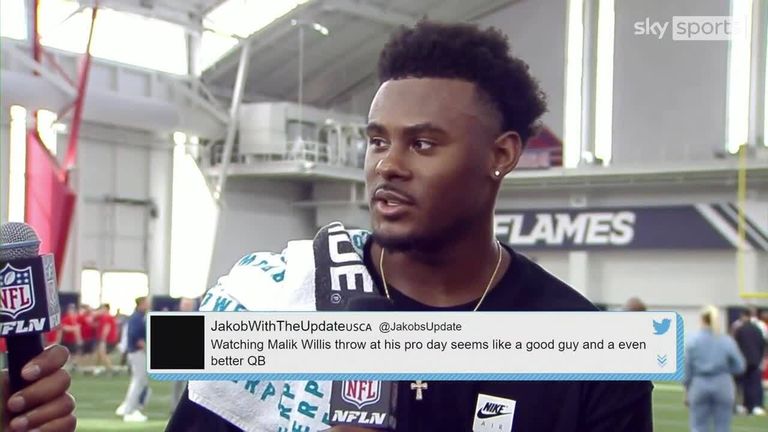 Here’s a team that just lost their star quarterback. If Willis was to go in the first round, here’s a place I think he might go.

There is some similarity between Willis and Russell Wilson in terms of their game, as he can avoid the rush and make plays with his feet like Russ used to behind a bad Seattle offensive line.

They could take a different route and go for a corner, perhaps Derek Stingley Jr., or one of the big defensive linemen from Georgia, maybe even an offensive lineman as head coach Pete Carroll wants to run the ball.

It will be a fascinating pick, but I think they’ll look really hard at Willis. 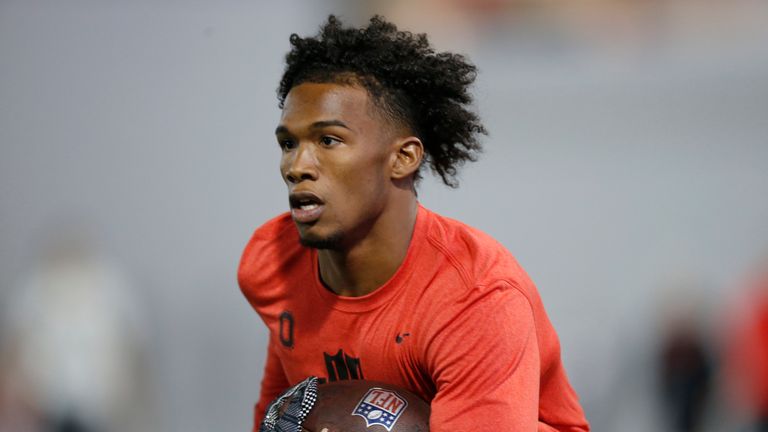 At his pro day, Ohio State wide receiver Garrett Wilson reveals what he believes is his greatest skillset as a wide receiver

At his pro day, Ohio State wide receiver Garrett Wilson reveals what he believes is his greatest skillset as a wide receiver

The Jets need weapons, playmakers on offense, so I’d go get myself a receiver here when back on the clock.

Either of the guys from Ohio State are up for consideration here; Chris Olave has the dynamic speed, while Wilson again is the more polished guy.

There will also be some talk about Drake London out of USC, but what scares me about him when I watch him on tape is he lumbers, he is not a smooth runner. He is big and can out-muscle defenders on the 50-50 balls – he’ll be a redzone target for sure – but I’m not sure you take him this high.

Lampard: We should’ve had penalty before Branthwaite red card

Lampard: We should’ve had penalty before Branthwaite red card