England face France in Bayonne on Saturday at 2.15pm; both teams go into the match with the aim of winning the Six Nations Grand Slam; follow live updates of the competition decider on skysports.com and the Sky Sports app 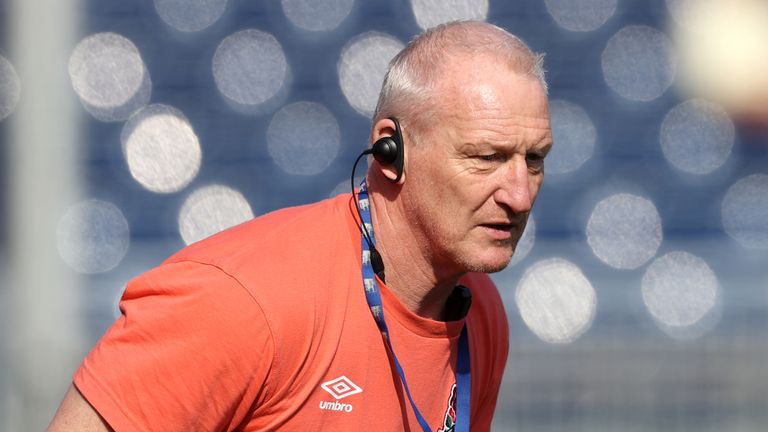 England are preparing for the “toughest game” possible in international rugby, as Simon Middleton’s take on France and aim to win a Women’s Six Nations Grand Slam in Bayonne.

England and France are the only two unbeaten teams in the competition and they will take to the field at the Stade Jean Dauger for the second of the three matches on Super Saturday.

England will be without Sarah Hunter after she suffered a rib injury in their 69-0 victory over Ireland in Round Four. Middleton said if it was up to Hunter she would play, but medically she was advised not to.

Emily Scarratt will lead the team out, with Poppy Cleall coming into the side to fill the void left by Hunter in the back row.

Alex Matthews will earn her 50th cap, starting at blindside flanker and Middleton has opted for a 6-2 split on the bench due to the nature of the contest.

“It’s going to be an incredibly physical game. The ability to sustain the up front battle could be the pivotal factor,” Middleton said.

“Ultimately, the winner of the up front battle will provide the platform for the backs to play. Our backs were tremendous last week [against Ireland] when they got a platform, so providing at platform at the back end of the game will be really important for us.

“The nature of the players we’ve picked as finishers will be important, the head coach continued.

“You’ve not seen loads of Sarah Beckett and Sadia Kabeya but both are unbelievably destructive players. They’re both great ball carriers, very robust and dynamic in the contact area, carrying and tackle wise.” 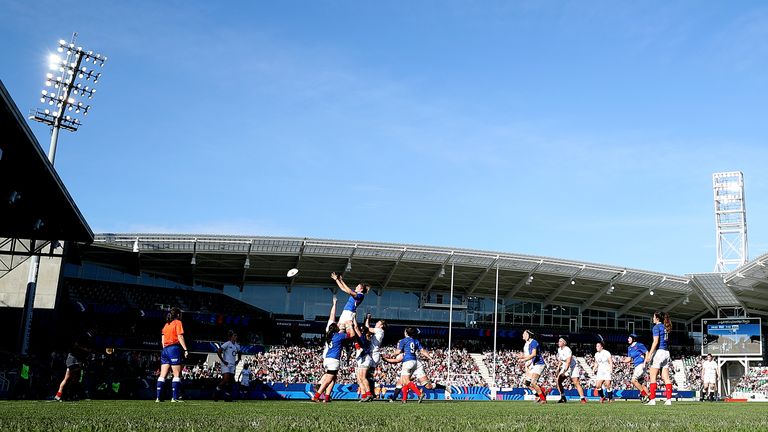 France, in France is probably the toughest game that you can play in international rugby, at this moment in time. For us, it will be a benchmark of where we’re at. It will be a proving point and that’s probably as important as any result outcome given the nature of this year.

England go into this Grand Slam decider, which is taking place in a Rugby World Cup year, having scored 42 tries and 258 points over the course of their four matches.

They continue to set the standard in the women’s XV-a-side game, but as you’d expect, head coach Middleton isn’t fully satisfied.

“Could we have done more? You can always do a bit more, but we’ve done an awful lot,” he said.

“We’ve proved a lot of the stuff we’ve done in training. The energy with which we played, the intensity and how we’ve managed to get stronger, that’s what we want to see. In terms of that side, I couldn’t be happier.

“We’re not the finished article by any means, and we don’t want to be. That’s the very last thing we want to be at this moment in time.”

Scarratt, like her head coach, is eager to see what this England side are made of, given the challenge of meeting France – in France.

French rugby crowds are known for being extremely passionate and partisan. The atmosphere awaiting England is yet another feature of this Six Nations decider which will Test the team, and it’s one that should prepare them well for the World Cup stage.

“It’s one of the toughest games that we’ll have; the crowd are always amazing,” Scarratt noted. “We know the stands will be absolutely packed, obviously it’s been sold out for a long time.

“We’re just really excited as it’s a huge opportunity to test ourselves against very good opposition and in what could be a tough environment with a lot of French fans there. It’s really exciting for us to see what we’re capable of against that kind of opposition.”

A World Cup year is always a balancing act but with England having won the last three Six Nations titles, it’s no wonder they remain focused on the here and now.

“At the end of the day, it’s not the be-all and end-all because of the nature of the year [with the World Cup] but it’s still a huge, huge game,” Middleton concluded.

“The Six Nations is a pinnacle event, alongside the World Cup for us, and we want to win it every time we play in it. It’s as simple as that.”

Follow live updates from the Women’s Six Nations decider between France and England from 2.15pm on Saturday, via skysports.com and the Sky Sports app.