What can we expect from Raducanu on clay? I ‘Tough conditions coming up’

Tennis commentator Barry Cowan says clay will be the hardest part of the year for Emma Raducanu – although he warns outdoor dirt will be a different challenge in Madrid and Rome but can the teenager achieve a feat in Paris at the French Open? It begins on May 22 Emma Raducanu will have some difficult hurdles to overcome on clay as she prepares for Madrid, Rome and the French Open, tennis commentator Barry Cowan says.

Raducanu, who is up to 11 in the world rankings, enjoyed back-to-back wins on clay at the Porsche Tennis Grand Prix in Stuttgart last week before putting in a hugely encouraging performance in defeat to world No 1 Iga Swiatek.

She will continue her clay-court baptism in Madrid this week with Iain Bates, who is head of women’s tennis at the LTA, joining the set-up following her split from German coach Torben Beltz.

“Stuttgart was a really positive week for Emma to win a couple of matches when she was the overwhelming favourite and then to make it a competitive match against Swiatek. It was on clay, but it was indoors,” Cowan explained to Sky Sports.

“Indoor clay plays totally different to outdoor clay and she’s got some tough conditions coming up.

“Madrid is very, very difficult conditions because it’s at altitude. It’s quick and the ball will fly all around the place. The courts at times can be difficult to move on.

“With it being in Europe, you’ve got the temperature which can change day by day, but I’ll keep stressing this is not about Raducanu making a quarter-final of a semi-final, this is about Emma developing as a player and becoming a better match player, understanding what the tour is week-in-week out because there will be some difficult hurdles to overcome in the next couple of weeks and months.

“Those experiences will shape you and I feel she’s mentally got it within her capability that if she does have a few setbacks it will make her even stronger, but she’s got to have a consistent team around her to help her around those difficult periods.” 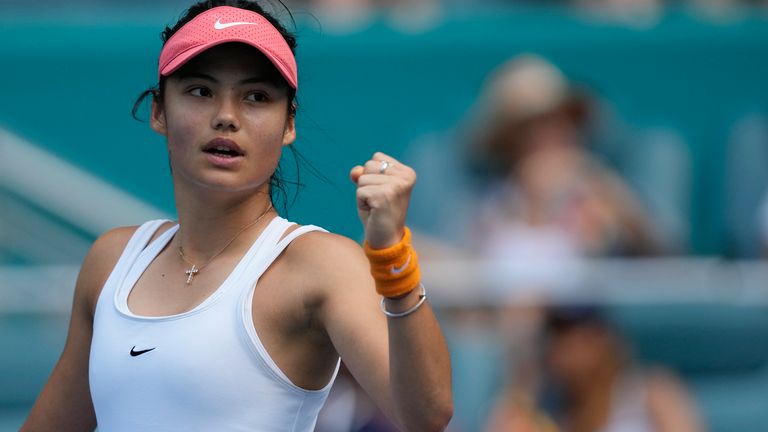 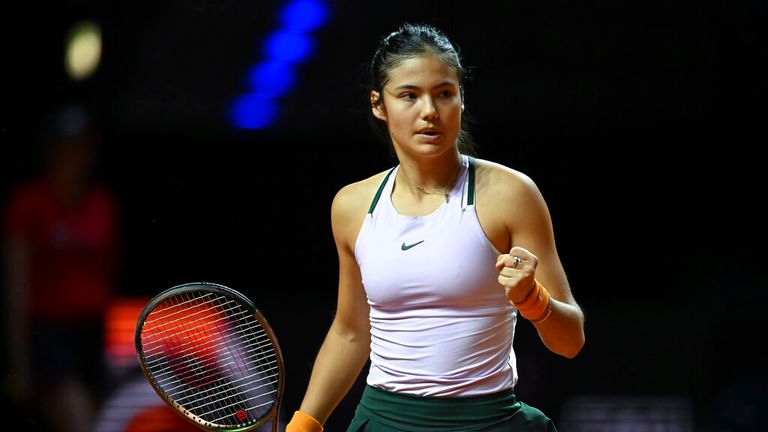 Stuttgart was a ‘really positive’ week for Raducanu, but now it is time to build on it

Stuttgart was a ‘really positive’ week for Raducanu, but now it is time to build on it

Cowan says it will take time for Raducanu to adjust to the conditions on clay, but it’s an important “starting block” for her as she aims to make a positive impact on the surface ahead of the French Open, which begins on May 22.

He said: “I always felt that this period was going to be the hardest period for her because Indian Wells and Miami are such tough conditions given the slow court surface in both events, and then you’re moving on to the clay, which is going to be Emma weakest surface. That’s only natural because she’s played so little tennis on it.

“What she will hope is that she can evolve to become someone who is comfortable in her movement and also in terms of picking the right shot at the right time.

“It’s really important that this is a starting block for her to build up a head of steam and just because she’s won a couple of matches it doesn’t mean going forward she’s going to make a semi-final or final of the next tournament.

How can Raducanu adapt to clay? 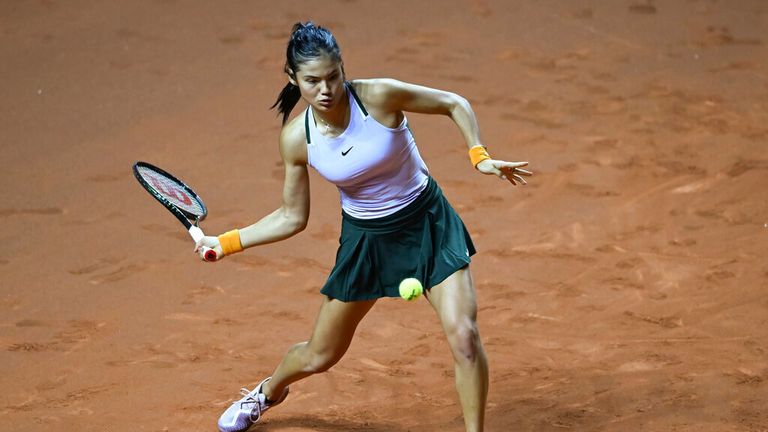 “An average rally length on a clay court is not too dissimilar to that of a hard court and you can make a case when it’s hot that actually the clay court plays a little quicker than some of the hard courts, even indoors,” explained Cowan.

“Emma, like a lot of women players, does play very flat but someone like Swiatek plays with a bit of spin and then you’ve got the twisting and turning. You have got to have the ability to defend intelligently and be able to use those shots at the right time. That’s only going to come by playing more matches on the surface.

The British No 1 recently revealed she had lost all of her toenails due to the intense training regime ahead of her clay-court debut in Stuttgart last week.

Cowan, who is best known for taking Pete Sampras to five sets at Wimbledon in 2001, explained what causes players to lose their toenails and what can be done to combat it.

“Think about it. You are twisting and turning and you’re pushing your body to the max, so I can definitely vouch for that,” he said.

“I stopped nearly 20 years and my toenails are still not good. It’s a horrible sight.

Klopp's warning: We must be alert | Emery: Liverpool will suffer more in Spain