Why hasn’t Tyson Fury vacated his WBC title yet? 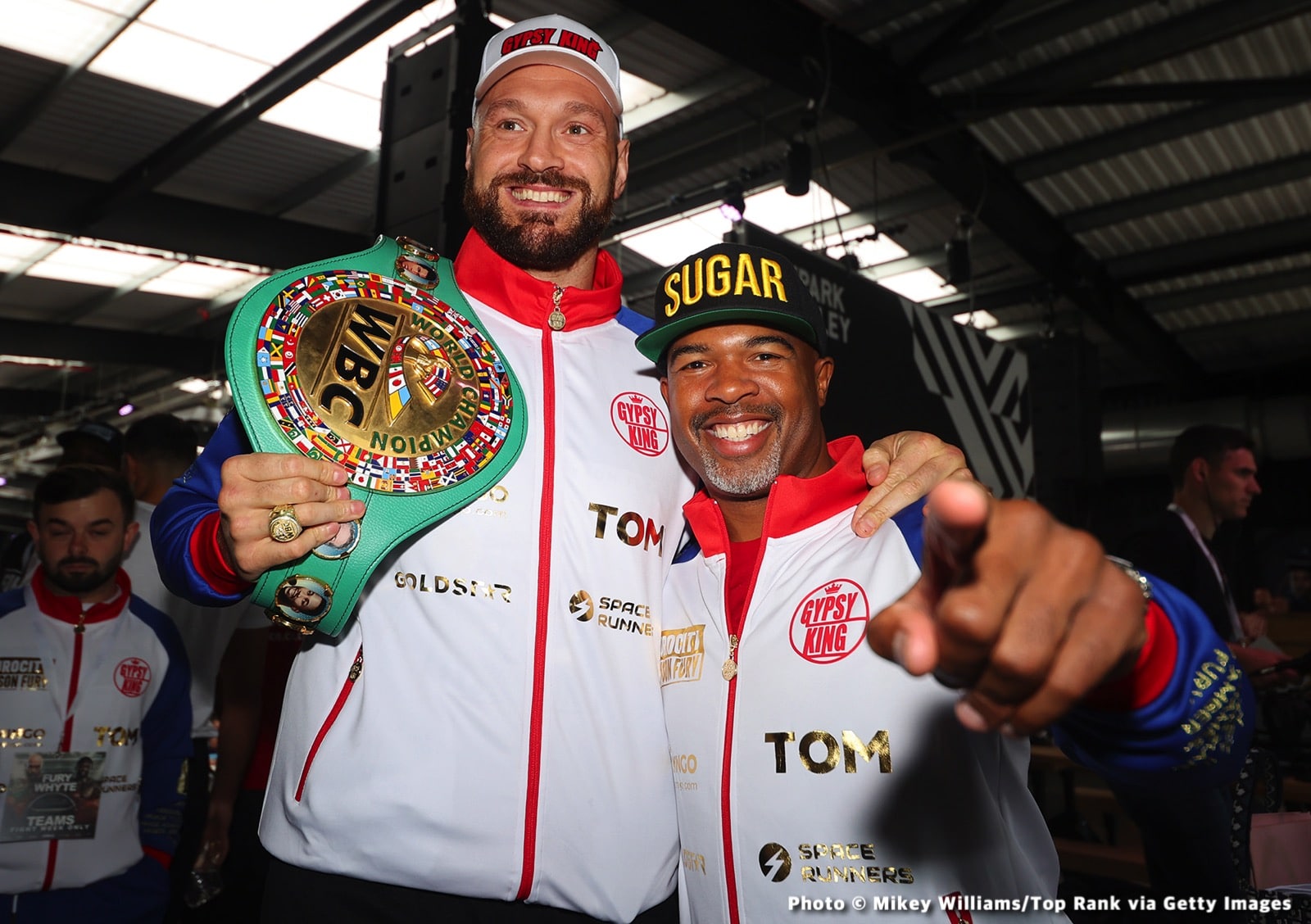 By Charles Brun: Tyson Fury still hasn’t vacated his WBC heavyweight title for some reason despite all his talk about retiring from the sport. Why is Fury not vacating his WBC belt?

#1 WBC ranked contender Deontay Wilder is one of the leading contenders that will fight for the vacant crown once Fury vacates. We could see Deontay face the Joe Joyce vs. Joseph Parker winner if they want to go that route for the WBC strap rather than the WBO belt.

If Fury is going to return to the ring, then he needs to tell the fans that he’s not serious about his retirement blather. He needs to give up the WBC belt if he is serious about retiring because he can’t sit on it like a mother hen, hatching her egg.

The fact that Fury hasn’t already vacated his WBC  belt can be viewed as a sign that he’s playing games with the public, trying to get them to show how much they appreciate him by praising him.

If Fury (32-0-1, 23 KOs) is serious about his retirement talk, he needs to free up his WBC belt by vacating it so that the top contenders can fight for the belt.

Fans have already heard that Fury is retiring, so he needs to relinquish his WBC belt already, and go focus on whatever he wants to do.

While Fury is fun to listen to outside of the ring, he’s proven to be a boring fighter inside the ring.

“I don’t see Tyson retiring forever and I don’t see Whyte getting a rematch,” said Gareth Davies to iFL TV.

“He’s had three fights with Deontay Wilder, and he beat [Wladimir] Klitschko when he was at his best.”

Wladimir Klitschko was NOT at his best when Fury beat him in 2015. He was 39-years-old, fighting with a new trainer in Johnathon Banks after his previous coach Emanuel Steward passed away.

It’s fair to say that Wladimir was at his worst when Fury fought him, and it’s patently obvious that his accuracy was gone on his shots.

Not just against Fury, but in Wladimir’s matches before that against Kubrat Pulev and Bryant Jennings.

“Yes, Joshua has had a fantastic run. He beat Klitschko, he beat [Alexander] Povetkin, he beat Pulev, he beat Parker, Whyte, he rematched against Ruiz.