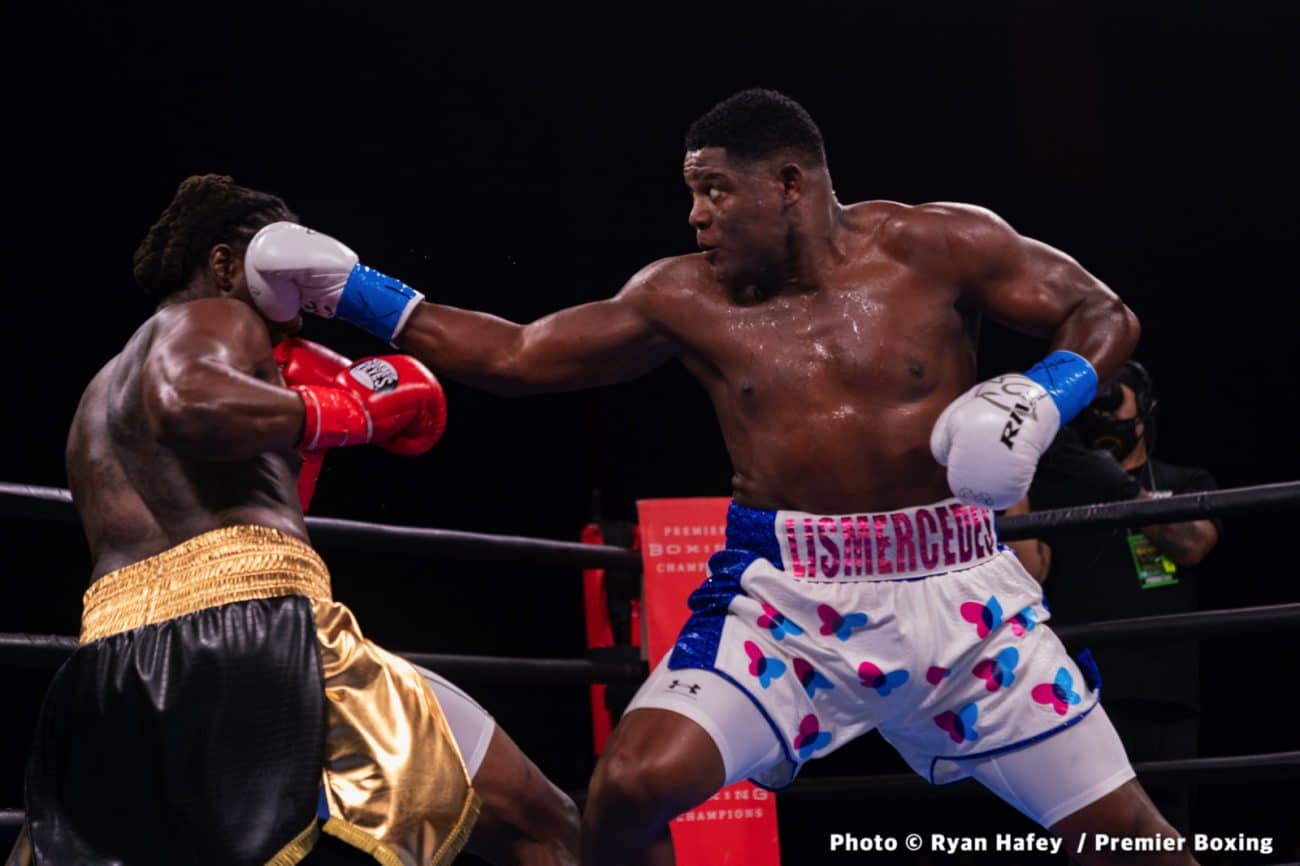 By Allan Fox: Andy Ruiz Jr. will be starting training camp with trainer Eddy Reynoso in two weeks to begin preparation for a fight against Luis ‘King Kong’ Ortiz in the summer.

Despite rumors circulated by fans about the former IBF/WBA/WBO heavyweight champion Ruiz (34-2, 22 KOs) having left trainer Reynoso, he says it’s not true.

Ruiz, 32, says he wanted his own gym to train at when Reynoso is at home and Canelo Alvarez is away.

The 43-year-old former two-time world title challenger Luis ‘King Kong’ Ortiz (33-2, 28 KOs) will be a formidable threat to Ruiz, as he’s still as powerful as ever, as we saw in his recent come from behind sixth-round knockout over former IBF heavyweight champion Charles Martin on January 1st.

Ortiz, 6’4″, was knocked down twice by the heavy-handed Martin, going down in rounds one and four, before coming on in the sixth to win by a knockout.

It was ‘King Kong’ Ortiz’s first fight in a year and a half, and he looked sluggish early on.

“I’ve been watching a lot of Luis Ortiz lately,” said Andy Ruiz Jr. to ESNEWS. “I’m just learning because I want to get the rhythm. I don’t want my feet to get stuck with his feet. I’m trying to be smart.

“I want to win this fight so badly because I need to get back on top. He did really good,” said Ruiz about Luis Ortiz’s victory over Charles Martin last January.

Ruiz says he’ll be fighting 36-year-old Tyrone Spong later his year in December in Mexico City. The Ruiz vs. Spong fight will likely be shown on Triller Fight Club, as that was a match that had been scheduled for July 16th.

It’s unclear why Triller would want to put on a show between Ruiz and the little-known Spong, as boxing fans aren’t familiar with that non-contender. It would be more worthwhile for Ruiz to face a top tier like one of these guys:

“I’m different than Charles Martin, so it’s going to be an explosive fight. That’s what the fans wanted and that’s why I’m giving it to them,” Ruiz said about his rationale for fighting the 43-year-old ‘King Kong’ Ortiz.

“I wanted this fight first before Tyrone [Spong]. That will happen, but in December in Mexico City. I owe my fans that. I want the president [of Mexico] to be there, I want everyone to attend. I just want a lot of people to go.

“In two weeks, I’ll be back with Eddy Reynoso, we’re going to be training. I know a lot of people were talking, ‘Oh, left the Canelo team.’ No, I just wanted my own facility because when Eddy and Canelo go back home to rest, I need my own place to start working out.

“I need to stay ready to not get ready. Right now is my time and I need to take advantage,” said Ruiz.

NEXT: Why hasn’t Tyson Fury vacated his WBC title yet?

EFL ups & downs: What can happen this weekend?