There was a moment in Wigan Warriors’ opening game of the 2022 Betfred Super League season where two old adversaries from their U18s days in Australia linked up to produce a spectacular try.

It came from a scrum 26 minutes into the first half when stand-off Cade Cust spied a gap behind the Hull Kingston Rovers defence and launched a kick to the left wing which full-back Jai Field raced onto to score from.

That marked the start of what has been a spectacular season so far for Field, who has rebounded from an injury-plagued first season in the Cherry and White to sit top the Man of Steel leaderboard by seven points heading into Round 11 of the regular season.

Cust, signed by Wigan from Manly Sea Eagles in the off-season, is not surprised to see his now-team-mate performing so well, remembering what the former St George Illawarra Dragons man was like as an opponent in New South Wales’ SG Ball Cup during their teenage years.

“I played against him as a young bloke, so to see him going well after an injury last year, I’m really happy for him,” Cust said, following a week which saw Field grab the headlines again with the game-clinching try in Wigan’s 30-24 win over Salford Red Devils.

“As a half, he’s someone you don’t want to come up against at full-back because he’s got that much speed. He’s really tough to defend.

“I’d rather him on my team than against, I can tell you that much.” 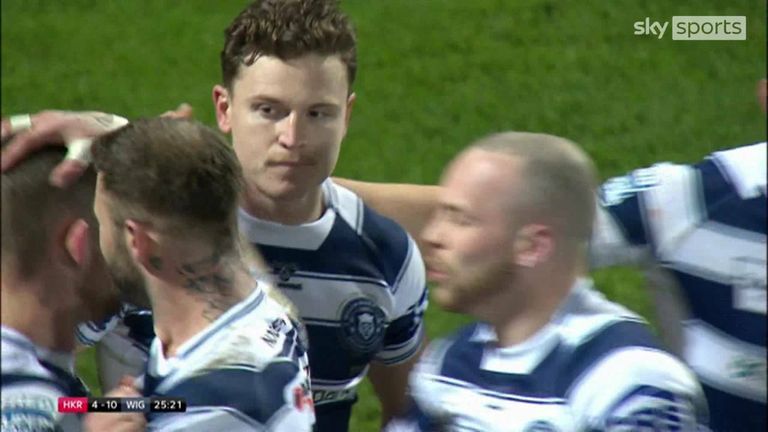 Cust has enjoyed a strong start to his first year with the Warriors too, being ever-present so far in a campaign which sees them level on points at the top of Super League with St Helens and a semi-final of the Betfred Challenge Cup against their old rivals on the horizon too.

The 23-year-old is enjoying being able to express himself on the attacking side since moving from the NRL, while he has found life off the field in the North-West easy to adapt to as well – helped by the Wigan fans he has encountered as well as everything the club have done for him.

“The coaching staff have been really helpful with that,” Cust said. “They’ve helped me settle in really well.

“I get along with all of the boys and they’ve helped me find my feet, shown me around and made me feel as comfortable as possible. It’s been a pretty easy transition. 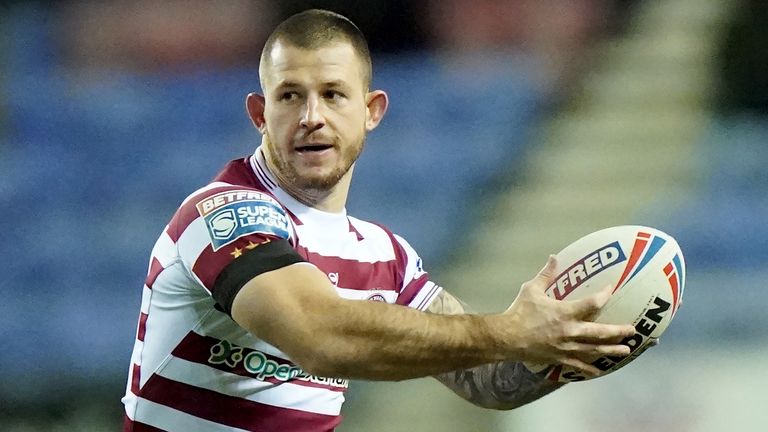 That’s something I probably haven’t experienced before, like when you’re out getting groceries and you get a few fans come up to you. It makes you feel good.

“I’m living just outside Wigan and the fans are really involved, and I like that side of it. I’m enjoying my time here so far.

“That’s something I probably haven’t experienced before, like when you’re out getting groceries and you get a few fans come up to you. It makes you feel good.”

The upcoming Cup semi-final at Elland Road on May 7 will be another opportunity for Cust to experience a St Helens-Wigan derby, although from his point of view he will hope to be on the winning side this time after the Warriors went down 22-4 at Totally Wicked Stadium on Good Friday.

First though, they face a rivalry of a different kind when they tackle Warrington Wolves at the Halliwell Jones Stadium in Super League on Friday, live on Sky Sports, and Cust is prepared for Daryl Powell’s team to bring the intensity in what is always a fiery encounter. 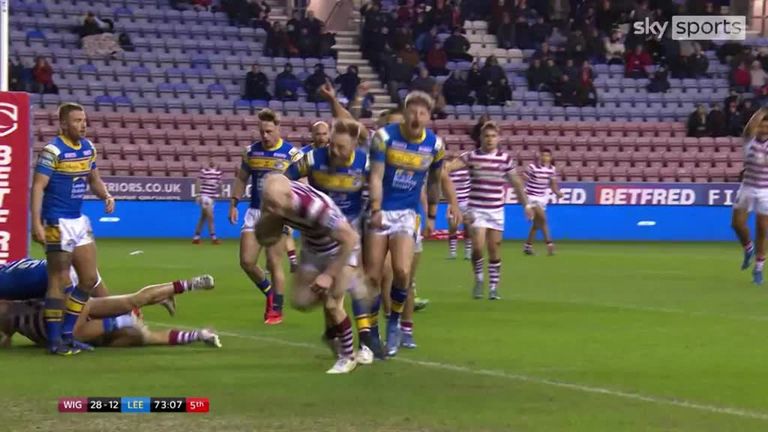 “Our big derby is with Saints and theirs [Warrington’s] is probably with us, so we know they’re going to come out and try to give it to us,” Cust said.

“We know it’s going to be a real tough game; we’ve prepared that way and we’re looking forward to it.

“We can’t wait to get out there and put our best foot forward. It’s an important game for us as well because we want to keep building, keep working hard and progressing up the ladder.”