Over the past year, Harlequins pair Marcus Smith and Alex Dombrandt have tasted Gallagher Premiership glory and become established England players; plenty of hard work has gone into those achievements, and there are more in their sights

Marcus Smith has been living his childhood ambition to be a professional rugby union player since making his Gallagher Premiership debut in 2017, but the past 12 months have seen the spotlight trained on him like never before.

From starring for Harlequins as they claimed a first Premiership title for nine years, to making his England Test debut, earning a surprise mid-tour call to join the British and Irish Lions in South Africa and becoming Eddie Jones’ first-choice fly-half for the national team, it has been a year like no other for the 23-year-old.

It would be understandable if Smith were to be unnerved at suddenly finding himself the centre of attention at what is still a relatively early stage of his career. Yet given the ice-cool demeanour he displays in his performances for both club and country it should come as no surprise he is taking it in his stride.

“It’s grown massively in the last year, but I’m very grateful for it,” Smith told Sky Sports at the premiere of Prep To Win: Harlequins, the new three-part documentary mini-series produced by Bath and England prop Beno Obano which lifts the lid on Quins’ preparations for the 2021/22 season.

“For me, I’m very lucky I’ve got a brilliant support network around me. My family, my mum, my dad, my brothers and my girlfriend all support me through everything.

“For me, it makes it easier when I can go home, eat my mum’s food and just spend time with my brothers talking about the things 23-year-old boys should talk about.” 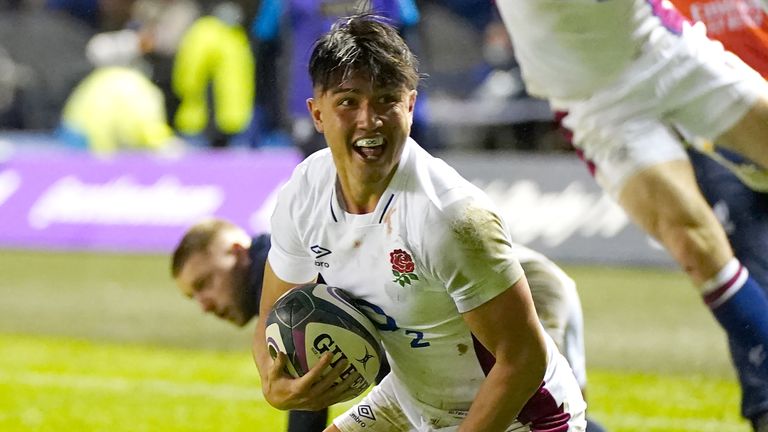 It makes it easier when I can go home, eat my mum’s food and just spend time with my brothers talking about the things 23-year-old boys should talk about.

Smith’s try-scoring Test bow against the USA last July was followed a week later by another of his clubmates earning his first England cap in the win over Canada at ‘The Big Stoop’ – the colloquial Harlequins name for Twickenham, which sits just across the A316 from their home ground.

That was Alex Dombrandt, the No 8 who has enjoyed his own rapid rise albeit via the lesser-trodden path of junior club rugby to playing for Cardiff Metropolitan University while studying for a degree in sport and physical education.

He, too, is now an established part of Jones’ England squad, featuring in all five matches of this year’s Six Nations campaign, underlining how well he has adapted to the rigours of elite-level rugby since joining Quins in 2018.

“I guess coming from university, it was probably a bit of a shock to the system, but I soon adapted, and it was obviously great,” Dombrandt told Sky Sports. “You’ve got everything you need; the facilities are great, the gym, the nutrition, the advice you get at Quins is great.

“You definitely have to work hard at it and it’s never going to come easy, especially coming from university and making that step up. But the good thing at Quins is you have a great support network around you of the coaches and staff.

“Most importantly, all of the players were really welcoming and helped me settle in, and that’s really important to get settled in as quickly as possible and hit the ground running.”

Having got to that point, the 25-year-old is now working to ensure he continues to have the opportunity to challenge himself on the international stage, starting with England’s three-Test tour of Australia in July, which will be exclusively live on Sky Sports. 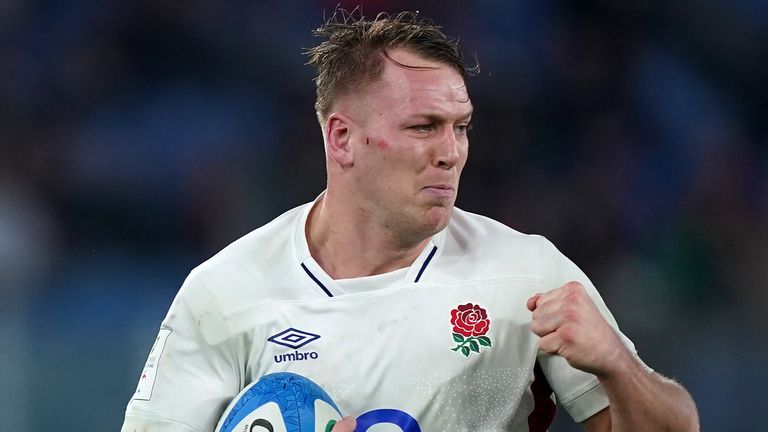 I guess coming from university, it was probably a bit of a shock to the system, but I soon adapted, and it was obviously great.

Alex Dombrandt on adapting to life in professional rugby

“I’m working hard to try to get back there in the summer, so we’ll see what happens.”

Before then, Harlequins still have plenty to play for on the domestic front: while their Heineken Champions Cup hopes are over after a narrow aggregate defeat to Montpellier in the last 16, they are still in contention to retain the Premiership crown.

Smith’s immediate focus is on ensuring a semi-final place from the three remaining regular-season games and then another trip to Twickenham, and he is well aware he cannot afford to ease off if he is to retain that England No 10 shirt, too.

“It’s one of those things that as you go up through different stages you’ve got to work extra hard,” Smith said.

“A lot of people want your spot and I want a lot of other people’s spot, so to chase people ahead of me is brilliant motivation. It’s one of those things that if you work hard, you get what you deserve.

“Fingers crossed we’ve got a brilliant end to the season with Harlequins coming up. It’s a shame we came out of Europe, but we’ve got other things to put our head into and focus on, so we’ll work as hard as we can to cement our place in the semi-finals and on the back of that see what happens in the summer and the future.”

PREP TO WIN: HARLEQUINS will be available exclusively on Prime Video on Thursday, April 28 in the UK and Ireland. Prime Video is available on Sky Q and Sky Glass via the app.