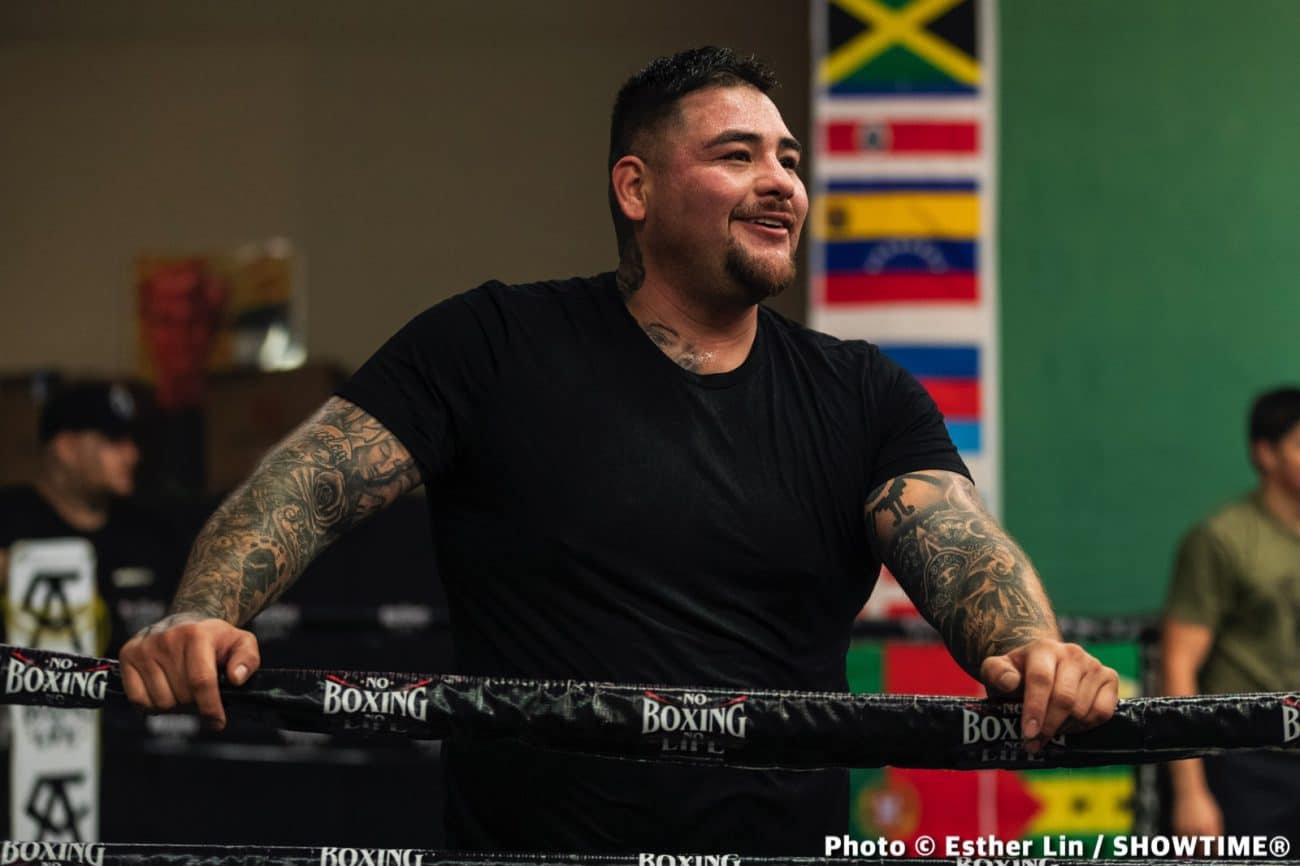 By Jim Calfa:  Andy Ruiz Jr. hopes to position himself for a world title shot when he faces Luis ‘King Kong’ Ortiz this summer on August 13th at the Crypto.com Arena in Los Angeles, California, U.S.

It’s excellent that Ruiz is finally taking the fight against the 43-year-old former two-time heavyweight world title challenger Ortiz, but it’s troubling that it’s taken him over a year to face him.

Ruiz badly wanted a trilogy fight with Anthony Joshua and needed to win over a highly ranked contender like King Kong Ortiz last year to speed up his getting the third match with AJ.

For Ruiz, this is the second consecutive fighter he’s faced that is over 40-years-old, and it makes one wonder whether he’s lacking in coincidence to take on younger fighters.

Fighting exclusively older heavyweights is arguably a backdoor route to a world title shot, and Ruiz is better than this, or at least he should be.

There’s no word yet whether Ruiz-Ortiz will be shown on pay-per-view, but given that Ruiz’s last fight against 40-year-old journeyman Chris Arreola was on PPV, it’s reasonable to assume that fans will need to pay to watch this contest.

Until recently, Ruiz (34-2, 22 KOs) had been scheduled to fight Tyrone Spong on Triller PPV on July 16th; that contest won’t happen because Andy was reportedly already under contract to face the former two-time world title challenger Ortiz.

Before Ruiz abruptly went in the direction of a fight against the 36-year-old Spong, Andy had been in talks with Ortiz for a fight.

Ruiz revealed this week that he’d fight Spong in December in Mexico City.

Not surprisingly, Ortiz was angry because he’d been waiting for over a year to fight Ruiz, who has rarely fought since losing his IBF, WBA, WBO heavyweight titles in a rematch with Anthony Joshua in December 2019.

Sadly, Ruiz has fought only once in the last 2.5 years since that fight with Joshua. Ruiz made a big production about changing trainers from Manny Robles to Eddy Reynoso but hasn’t shown the motivation to rebuild by staying active.

“Andy Ruiz will return to the ring on August 13 in Los Angeles to face Cuban Luis Ortiz with a double objective in mind: Show that he is ready to go back for a world championship, and cover the mouth of the man who dared to call him a coward,” reports Salvador Rodriguez at ESPN Deportes.

“My son will shut up the one who dared to call him a coward,” Ruiz Sr. said. “Andy is very motivated; he is ready to show the world that he belongs to the elite of heavyweights and that he is not afraid of anyone.”

Read: Is Shakur Stevenson the next Floyd Mayweather Jr?

NEXT: Teofimo Lopez vs. Josh Taylor in negotiations for undisputed at 140