Last year’s finalists both picked up wins on Friday night; Loughborough Lightning triumphed on the road while Team Bath Netball treated their home fans to a thriller against Saracens Mavericks; Round 16 of the Superleague is live on Saturday on the Sky Sports YouTube channel

Ella Clark produced another player of the match performance as Loughborough Lightning delivered on the road against Leeds Rhinos Netball.

Meanwhile at the Team Bath Arena, Anna Stembridge’s outfit produced a dramatic 50-49 victory against their play-off rivals Saracens Mavericks. Both encounters were rescheduled fixtures following postponements earlier in the season as a result of Covid-19.

Round 16 of the competition continues on Saturday, with Severn Stars taking on London Pulse being streamed on YouTube and Surrey Storm meeting Strathclyde Sirens.

Wasps’ encounter with Surrey Storm on Sunday will be also streamed live, with Manchester Thunder’s clash against Bath on Sky Sports Mix on Monday evening.

Lightning inspired by Clark in Yorkshire

Last year’s champions Loughborough Lightning are now just one win away from confirming their place on the final weekend, following a 71-56 result against Leeds Rhinos Netball.

Victoria Burgess’ outfit flew out of the blocks and set out their stall in Yorkshire with 21-goal first quarter. The team’s confidence was highlighted early by Hannah Joseph’s powerful feeds directly into Clark, who showed her shooting accuracy straight away.

Clark finished the 60-minute contest having scored 58 of Lightning’s goals and she missed just five. Meanwhile, Joseph’s influence was illustrated by her 25 feeds. 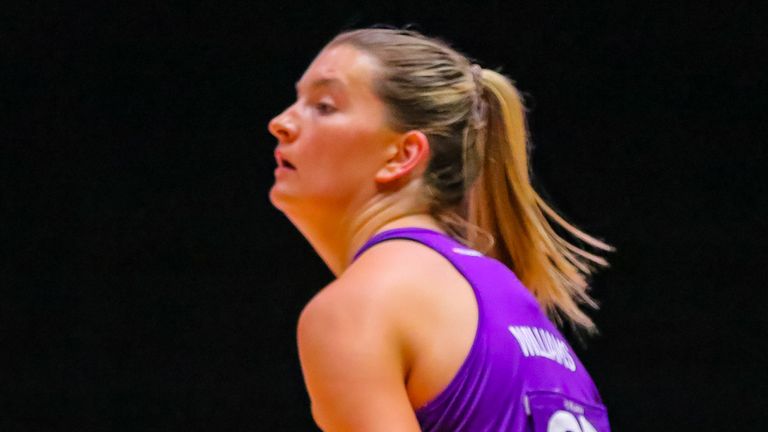 In defence, Fran Williams produced six interceptions which was a timely reminder to England’s head coach of her ability to read a game. Lightning’s captain Nat Panagarry also returned to court following an injury lay-off.

Tracey Robinson’s Rhinos were left to rue their slower start, as they drew the second quarter and only lost the final 15 minutes by two goals.

In Rhinos’ circle, Sigi Burger remained their target. The South African shooter put up 45 shots and missed just one. Out the back, the partnership between Rebekah Airey and Vicki Oyesola continues to grow and develop.

Rhinos now have a week to wait until their next fixture, while Lightning return to court on Monday against Mavericks.

Bath leave it late against Mavericks

Kim Borger scored the decisive goal for Team Bath Netball against Saracens Mavericks, before their defensive end shut Mavericks out.

Bath, who are continuing without Serena Guthrie after her retirement, were back at full strength following a period of injuries and Covid-19 absences.

Mavericks remain without shooter Ine-Marie Venter and their new defender New Zealander Temalisi Fakahokotau was also ruled out due to injury.

Venter and Fakahokotau were replaced by Bella Bayliss and Odiri Atirene in Mavericks’ squad, with Brit Clarke starting at shooter and Razia Quashie at goal keeper. 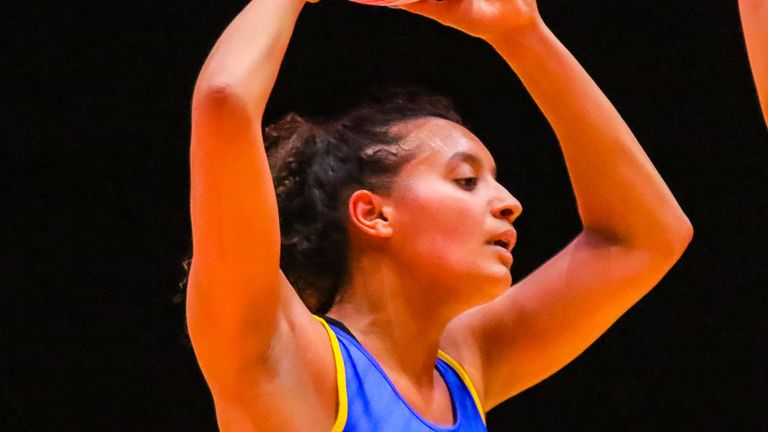 Saracens started the stronger of the two, before Bath turned a 7-4 deficit on its head and led 15-12 at quarter-time.

From there, Mavericks consistently outscored Bath across the second and third quarters, which resulted in a promising four-goal led at three-quarter time.

Mavericks, who like Bath are bidding for a top-four finish, maintained their advantage until the momentum shifted with five minutes to go.

A missed shot from Clarke, alongside two Phumza Maweni turnovers, gave Bath the chance to steal victory in the final moments.

The decisive shot from Borger was followed by more outstanding defensive pressure and the result keeps Bath in the hunt for the play-offs.

Anna Stembridge’s team will return to court on Monday and play against the only unbeaten team in the league, Manchester Thunder. The match is live on Sky Sports from 5pm.