That narrative will play out on the field for next several years, but the snap judgments are in after the draft concluded Saturday. The first round of the NFL Draft featured a run on six wide receivers, not to mention double-digit trades. The second day ended draft-day slides for quarterbacks Desmond Ridder, Malik Willis and Matt Corral, and the third day was the nuts-and-bolts as usual.

Which teams improved their stock the most? Kansas City and Baltimore, two teams with MVP-caliber quarterbacks in Patrick Mahomes II and Lamar Jackson, were among the winners. Minnesota and Washington, two NFC teams trying to get back in the postseason hunt, made some questionable draft-day moves.

Who were the biggest winners and losers from the 2022 NFL Draft? 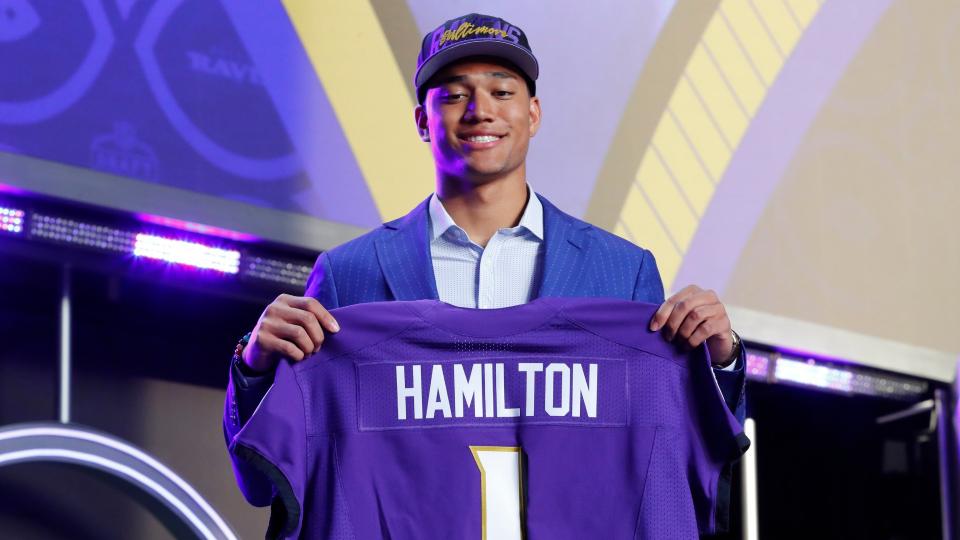 Baltimore has a history of drafting well. Ravens GM Eric DeCosta learned from one of the best in Ozzie Newsome, and it showed.

The Ravens could not overcome injuries in the secondary in 2021, and they responded by drafting Notre Dame safety Kyle Hamilton with the No. 15 pick. Baltimore also grabbed Iowa All-American center Tyler Linderbaum in the second round. That’s a no-nonsense pick that gives Baltimore another Week 1 starter.

Second-round pick David Ojabo will be an impact pass-rusher when he returns from a torn Achilles’ tendon. UConn defensive tackle Marcus Jones was a value pick in the third round. New defensive coordinator Mike Macdonald has some new pieces to work with.

Minnesota tackle Daniel Faalele and Iowa State tight ends Charlie Kolar and Isaiah Likely were among six picks in the fourth round. Missouri running back Tyler Badie could be a sixth-round steal.

Baltimore did trade receiver Marquise Brown, which did not go over well with star quarterback Lamar Jackson, whose contract remains a question for the organization. Still, this was a strong draft in all facets.

The Jets are 6-27 the last two seasons, and second-year coach Robert Saleh and general manager Joe Douglas needed a strong draft to build optimism ahead of 2022.

That meant bringing in impact players on both sides of the ball. 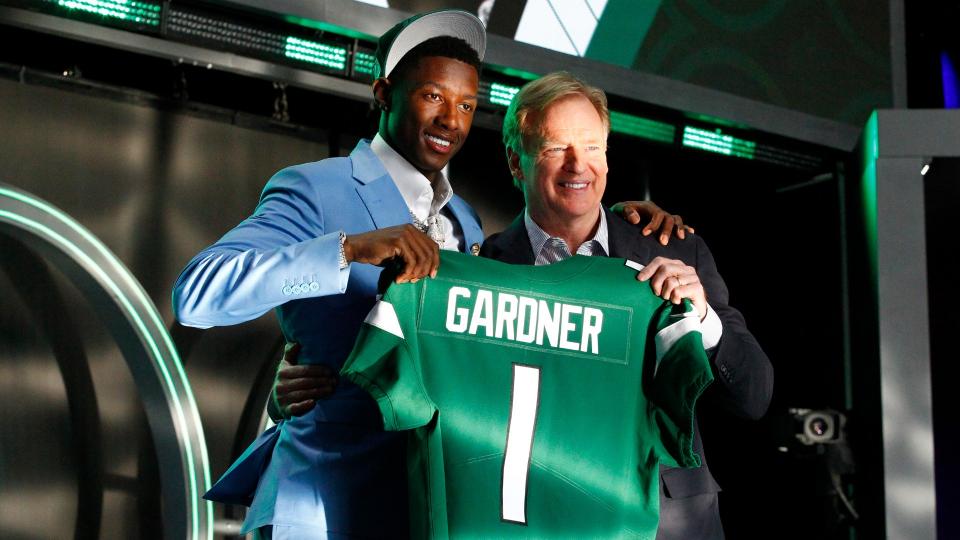 Kansas City missed the first-round receiver run, which was hyper-focused because of the offseason deal that sent Tyreek Hill to Miami. The Chiefs waited to take Western Michigan’s Skyy Moore in the second round. Moore is a speedy receiver who ran a 4.41 at the NFL Combine and should mesh well with Patrick Mahomes II.

The Chiefs also addressed that ranked 27th in the NFL in 2021. Purdue’s George Karlaftis adds another pass rusher. Kansas City selected Washington cornerback Trent McDuffie in the first round, Cincinnati safety Bryan Cook in the second round and Fayetteville State corner Joshua Williams in the fourth round.

Steelers fans might be split on Pickett. He’s either the home-town hero bound for a Big Ben-like career or a first-round reach who will flame out immediately.

Think something in between. Pickett was the only quarterback selected in the first round at No. 20. Pickett was a Heisman Trophy finalist at Pitt last season after passing for 4,319 yards, 42 TDs and seven interceptions in 2021.

Pickett landed with a stable organization, and he’ll have a chance to develop for a year behind likely starter Mitchell Trubisky, another QB who had a successful career in the ACC. Pickett is a one-year wonder in college, and his hand size will remain a topic if he flops in the NFL. The Steelers brought in help via the draft with Georgia receiver George Pickens and Memphis speedster Calvin Austin III.

Pickett is going to have every chance to succeed, and he has a better shot to start than Day 2 quarterbacks Desmond Ridder, Malik Willis and Matt Corral. 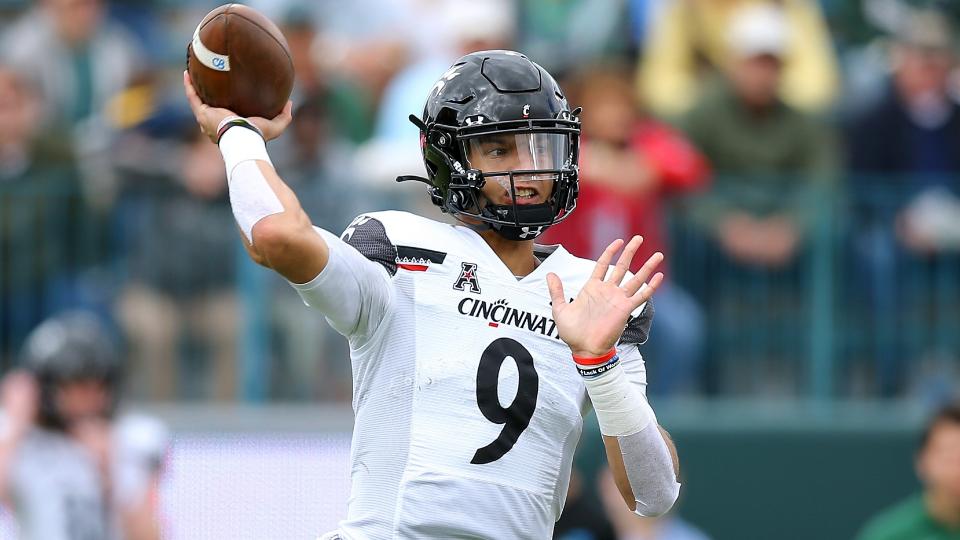 Georgia set a NFL record with 15 draft picks after winning the College Football Playoff championship. That didn’t shock anybody given the amount of defensive talent the Bulldogs had.

The Bearcats were the first Group of 5 to reach the College Football Playoff this season, and the windfall from that was a draft which nine players were selected; tied for second-most with LSU.That was a surprise.

Gardner should be a perennial Pro Bowl player with the Jets, and Ridder will get a chance to start at quarterback in Atlanta. Running back Jerome Ford could be a late-round steal at running back as a backup for Nick Chubb in Cleveland.

It was enough to compete with Georgia and Alabama off the field. Coach Luke Fickell can sell that on the recruiting trail as the program prepares for the transition to the Big 12.

Washington also made a first-round trade that will be second-guessed if it goes wrong. The Commanders traded the No. 11 picks to the Saints, who drafted Ohio State receiver Chris Olave. Washington drafted Penn State receiver Jahan Dotson five picks later. Dotson isn’t a bad pick; he’s a solid receiver who could develop into a Pro Bowl player.

He would have been available later. Or Washington could have just taken Olave.

The Commanders fell into their old habits and loaded up on Alabama players. Phidarian Mathis will work in as a defensive tackle, and running back Brian Robinson Jr. will fight for carries as a rookie.

Washington’s splash pick was taking North Carolina quarterback Sam Howell with the first pick in the fifth round. It was still a vanilla draft for a team that finished 7-10 in 2021. 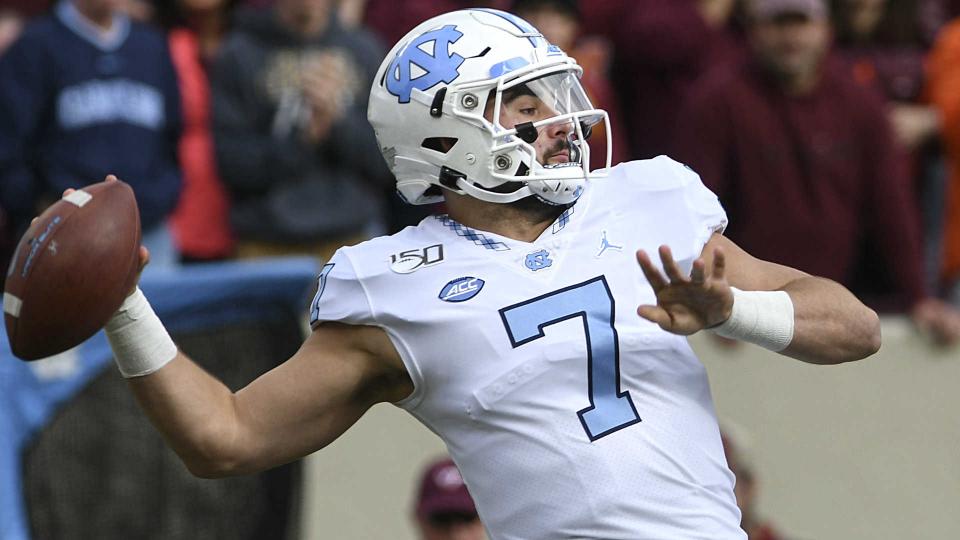 This was an admittedly-light QB draft, but it still was a surprise that Ridder, Willis, Corral and Howell slid to the second and third days, respectively.

Willis’ slide was remarkable given the talent displayed at Liberty and the strong Pro Day performance. Willis still landed in Tennessee, where he could challenge Ryan Tannehill over the next few years. Ridder will have a more-immediate opportunity against Marcus Mariota in Atlanta, and Corral will have time to develop in Carolina.

None of those quarterbacks, however, will be Week 1 starters unless there is an injury.

The only other quarterbacks drafted were Western Kentucky’s Bailey Zappe, who was taken by New England in the fourth round.

Will this become a trend? We don’t think so.

Ohio State’s C.J. Stroud and Alabama’s Bryce Young should be first-round picks next season, and there are several talented QBs coming over the next four years.

New Minnesota general manager Kwesi Adofo-Mensah made two trades with NFC North partners that will be analyzed for several yaers.

Minnesota traded the No. 12 pick to Detroit, which led to the Lions taking Alabama receiver Jameson Williams. The Vikings then took two third-round picks from Green Bay for the No. 34 pick, which the Packers used to select Christian Watson.

The Vikings’ draft might better be remembered for actor Ed Marinaro’s filibuster before announcing third-round pick Andrew Booth. First-round pick Lewis Cine will be an immediate contributor, and the secondary was addressed. First-year coach Kevin O’Connell better make sure those other NFC North receivers are covered, however. 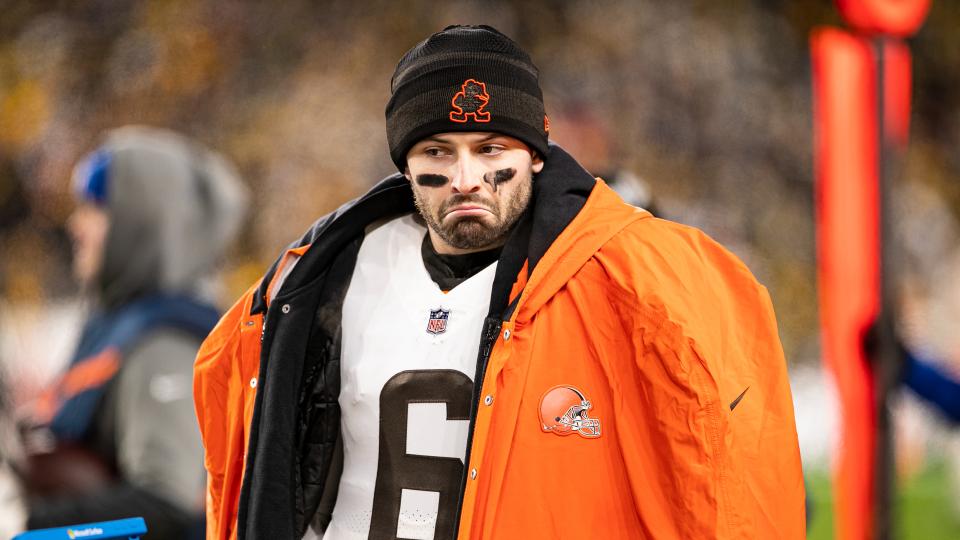 What are the Browns going to do with the No. 1 pick in the 2018 NFL Draft now? Trade talks with the Carolina broke down, and the Panthers leverage further discussion by taking Corral in the third round.

Cleveland traded for Houston’s Deshaun Watson, who could face a suspension to start the 2022 season. The Browns aren’t seriously going to keep Mayfield on the roster as insurance?

Another potential trade partner that could emerge is Seattle, which passed on the Day 2 quarterbacks in favor of taking Michigan State running back Kenneth Walker III in the second round. Mayfield remains a lame-duck QB without a true home, and the longer he stays in Cleveland the more uncomfortable it’s going to get.

Ryan Poles had his first draft at the Bears’ general manager, but Chicago was not an active player in the draft on the first two days.

Washington cornerback Kyler Gordon fell to Chicago in the second round, and the Bears doubled down in the secondary by taking a playmaker in Penn State safety Jaquan Brisker. Tennessee’s Velus Jones, who ran a 4.31 in the 40-yard dash at the NFL Combine, gives Justin Fields a potential deep threat.

Chicago didn’t have a fourth-round pick, however, and the Bears piled up with several picks in the final three rounds. Illinois center Doug Kramer, a sixth-round pick, is a good late-round add. Still, this isn’t going to scare Green Bay in the NFC North. At least not yet.

Steelers' Tomlin: QB Pickett could start in week one

Famous Knockdowns Scored by Boxers Who Went onto Lose the Bouts!

French Open 2022 qualifying results and wild cards: Who will compete at Roland-Garros?

What are parachute payments? What relegation payout could mean for Leeds United or Burnley

Famous Knockdowns Scored by Boxers Who Went onto Lose the Bouts!

French Open 2022 qualifying results and wild cards: Who will compete at Roland-Garros?

What are parachute payments? What relegation payout could mean for Leeds United or Burnley