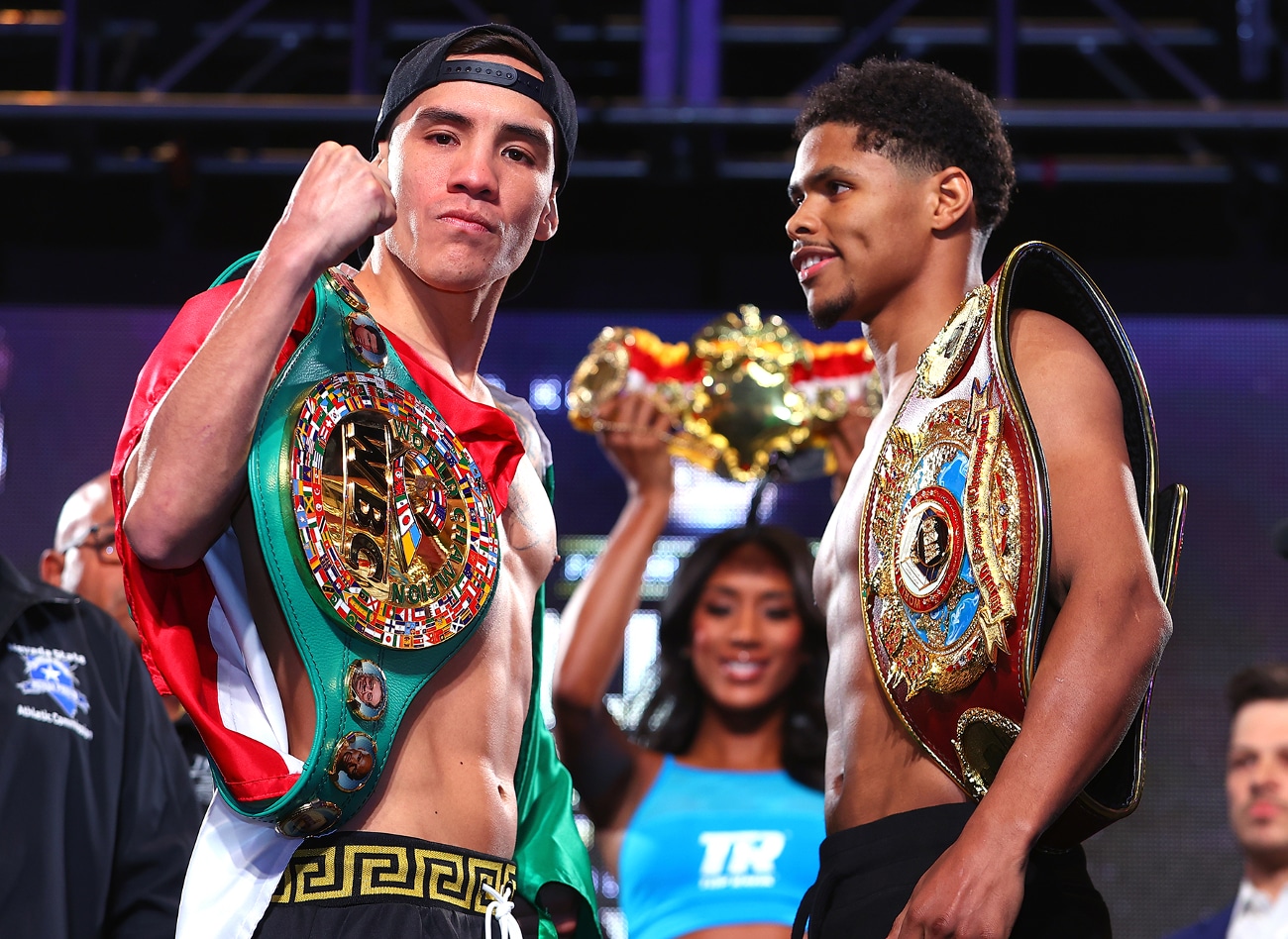 Stevenson has the faster hand & foot speed and is a superior defensive fighter than Valdez. Valdez’s advantage is in his power, toughness, and experience. Stevenson hasn’t been in any grueling fights where his toughness was tested.

The 2016 U.S Olympic silver medalist Stevenson is fast turning into a star after turning processional in 2017. He’s already captured two-division world titles. He hopes to quickly become the undisputed champion at super featherweight, if not this year, by 2023.

Given how drained the 24-year-old Stevenson looked at the weigh-in on Friday, scaling at the limit of 130-lbs, he’s not long for the division.

It’s doubtful that Shakur will be able to continue to make weight long enough for him to become the undisputed champion by defeating IBF champion Kenichi Ogawa and WBA champion Roger Gutierrez.

Shakur probably needs to forget about his goal of becoming the undisputed 130-lb champion and move up to 135, where it’ll be a little easier for him to make weight against fighters closer to his size.

“Oscar Valdez is Mexican, and you guys know that Mexicans come to fight. So he’s going to do what it takes to fight,” said trainer Robert Garcia to Fight Hub TV on the Oscar Valdez vs. Shakur Stevenson super featherweight unification match on Saturday night.

“It’s not an easy fight. Shakur is very technical, very smart, and has great power also. It’s a very difficult fight for both of them. I think Valdez is going to try and do what Mexicans have done.

“Break him down, body shots, elbows, shoulders, whatever. That’s what he needs to do, and he has a shot. Shakur is the more talented fighter, so Shakur by decision.

“I think he’s going to go out there and prove that he’s up there. He can compete against anybody in the junior lightweight division.

“I think so definitely, 100%,” said Garcia about this being Stevenson’s most difficult fight.