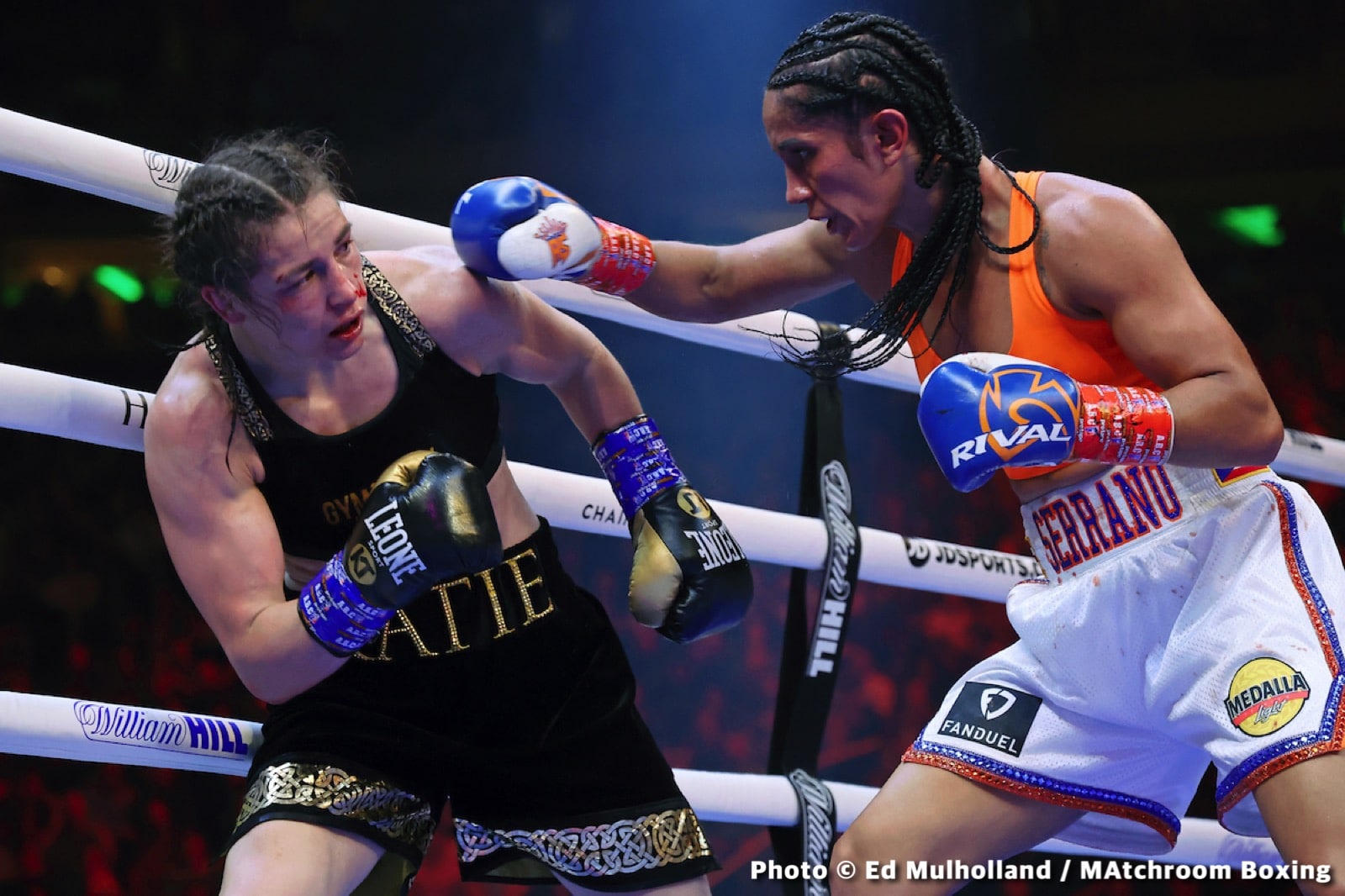 If there is a Taylor vs. Serrano rematch, it’ll likely be staged in Katie’s home country of Ireland. Of course, Serrano has problems with judges in the U.S; you can only imagine what it’ll be like for her to fight Taylor in Ireland. That’s where Hearn wants to take it.

She might need a knockout to win, which will be difficult because Taylor is a runner, and won’t stand and fight, as we saw last Saturday night.

Fans unhappy with the decision

1. What were the judges thinking?

Too many boxing fans felt that the 33-year-old Serrano was royally robbed by the two judges that gave the fight to the Irish fighter Taylor, given that she was running the last four rounds, not fighting.

Interestingly, the judges that gave Taylor the fight had her winning the last four rounds [7 – 10], which seemed like an insane thing because she was running.

This writer had Serrano win it 98-92, and it wasn’t a close fight because Taylor wasn’t fighting through many rounds. Serrano was magnificent. I wish I could say the same about Taylor, who had her track shoes on.

“She [Taylor] fought so well in the first three rounds, and then in the fourth, she decided to sit and potshot in the corner. I don’t know what she was doing. She didn’t get stopped, but she was in trouble.

“The fifth was tough as well, but she came back in the sixth. How she won the sixth, seventh, the tenth was close. She was incredible. Massive respect to Amanda Serrano; it was a close fight. I had Katie winning 6-4, but it could have been a draw.

“I thought Katie deserved it but delighted to get the decision,” said Hearn. “He [promoter Jake Paul] said he thought Amanda was robbed, but I thought we both had it 3-3, 4-4, and then Katie pulled away.

“I felt Katie nicked it, but I wasn’t sure we’d get it, to be honest with you. Obviously, he [Jake Paul] wants to run the fight back, and we’d definitely be looking at it.

NEXT: Results: Shakur Stevenson batters Oscar Valdez, to stay at 130 to become undisputed