Inspired from watching sports documentaries since his teenage years, Bath and England prop Beno Obano is now combining his own personal projects with a top-level playing career

From the age of 18, Beno Obano has been a voracious consumer of sports documentaries. When he started watching them though, little did he know it would lead to him one day making his own.

The Bath and England prop took his first steps into directing and producing in 2020 with the release of Everybody’s Game, which examined discussions around perceptions of race and class in rugby union, and how the sport should be open to all.

Obano, who cites the 30 for 30 documentary Fantastic Lies on the Duke University lacrosse scandal as a particular favourite of his, has now gone behind the scenes with his club’s Gallagher Premiership rivals Harlequins to document the reigning champions’ preparations ahead of the 2021/22 campaign.

“As I became an adult, I fell in love with sports documentaries and thought ‘I could try this’,” Obano told Sky Sports at the premiere of the first episode of his three-part mini-series Prep To Win: Harlequins.

“When you play sport you have a bit of confidence and you think ‘I’ll try this’ – and it worked out.

“We all have these conversations on the side saying ‘this looks like rugby has a story to tell’. All of the players say it amongst themselves, so I just thought ‘someone has got to do it!’.

“I just think there is a lot of content left on the table for rugby in general, so it just made sense to do it.”

It is as much of a personal project for Obano as Everbody’s Game was, lifting the lid on the intense and demanding training professional rugby players go through off the field to enable them to perform in front of thousands of spectators every weekend during the season.

The series does not shy away from tackling the hot-button issues of concussions and high tackles which are two of the major talking points in rugby at the moment either, with Obano eager to give a players’-eye view of those.

“I think it’s important to have people in the game doing stuff,” Obano said.

“When you make that content and you’re in the game, you just have a different way of viewing things and I thought that was pretty important. 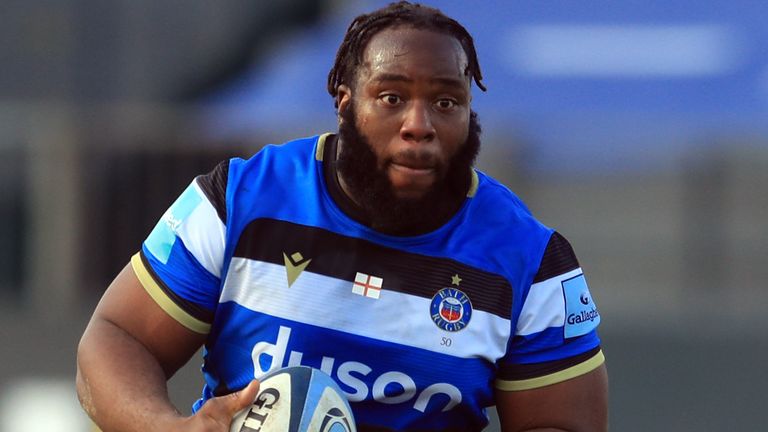 When you make that content and you’re in the game, you just have a different way of viewing things.

“The stories you tell, you feel authentic – or you try to be, at least, and that’s really the idea behind it.”

Obano has played a hands-on role in the editing and production side of the series, much of which has been done while he recovers from an ACL rupture – which, in a cruel coincidence, was sustained in Bath’s match against Harlequins back in October.

But while he is keen to get back playing as soon as possible, seeing the raw footage come to life to form the series has not had him hankering to get back to the rigours of training.

“Training is a necessary evil to get better, but I don’t miss it when I’m not training,” Obano said. “I miss games and I miss playing, I want to play, but training is so you can play well and enjoy playing.

“In a roundabout way, I was fortunate I was injured this year. I started it not being injured, but then a lot of stuff started to build up towards the release team.

“If I was playing it maybe would have got a little bit busy, but hopefully now what you’ve done puts you in good stead to do it while you have time to do it.”

Having won his first England Test cap last year as a replacement in the 2021 Six Nations clash with Scotland and followed that up with further appearances of the bench in the mid-year wins over the USA and Canada, Obano still has much to look forward to his playing career.

He admits he has not thought about whether he will be embarking on another documentary project any time soon, although it would not be a surprise to see him behind the camera again soon.

“Because there is so much work to it I said ‘I’m not doing another one’ – and that’s what I said about this one as well,” Obano said with a laugh. “So, we’ll find out if I end up doing another one or not.”

PREP TO WIN: HARLEQUINS will be available exclusively on Prime Video on Thursday, April 28 in the UK and Ireland. Prime Video is available on Sky Q and Sky Glass via the app.