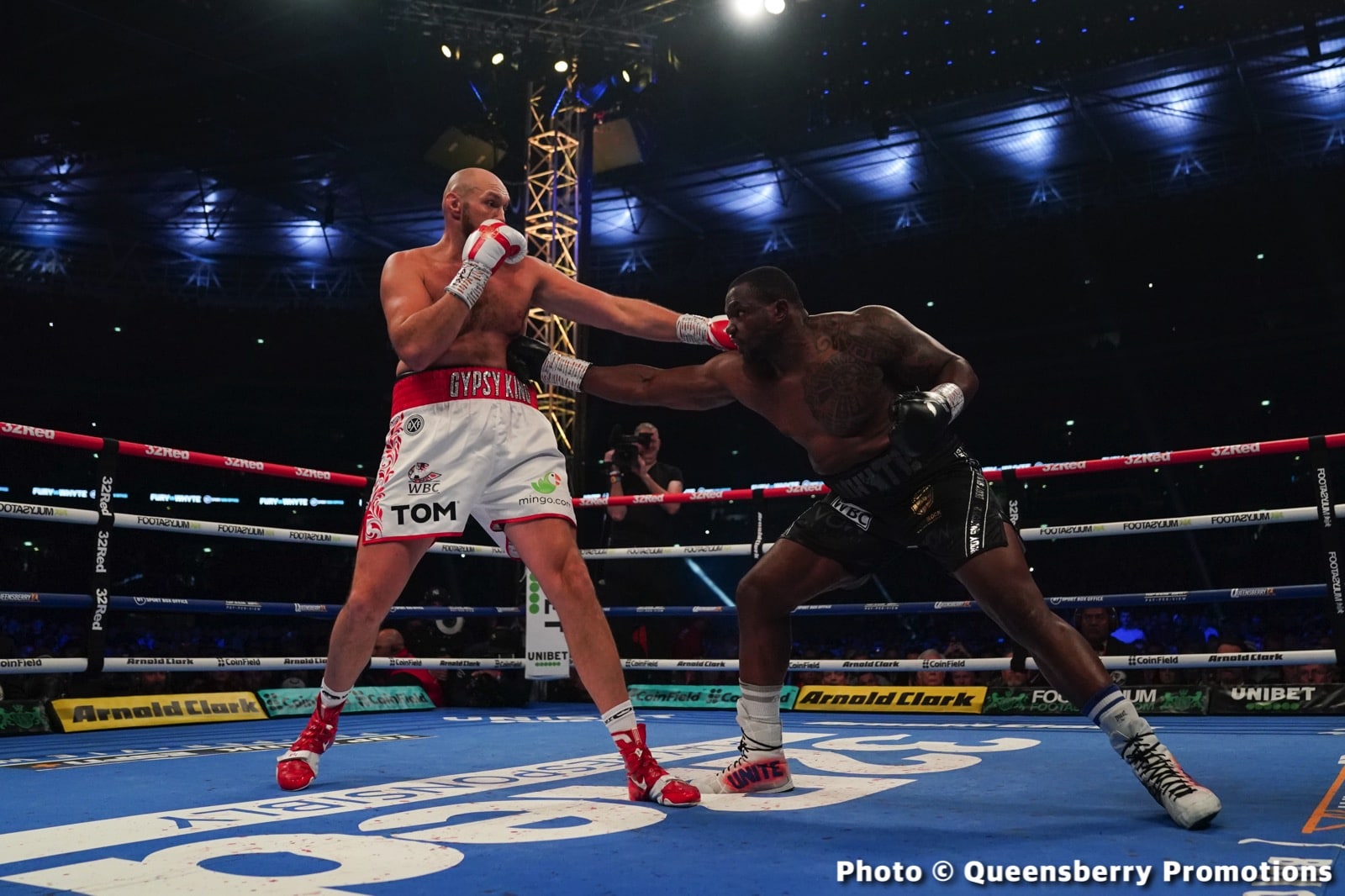 By Charles Brun: WBC president Mauricio Sulaiman is giving heavyweight champion Tyson Fury time to think about whether he wants to return to the ring to continue his career or retire as he claims he’ll be doing.

Sulaiman isn’t saying whether he’s giving Fury a time limit to decide, but that makes perfect sense if he does. We don’t need the WBC title to be frozen for 12 to 24 months by Fury, who sits on it, leaving fans confused about his career.

If Fury doesn’t decide whether he’ll vacate his WBC title, Sulaiman should order him to fight his leading contender Deontay Wilder.

That would put Fury in the position where he would have to let the WBC know if he would defend his belt or give it up.

Interestingly, the 33-year-old Fury (32-0-1, 23 KOs) still hasn’t contacted the World Boxing Council to let them know he’s retiring & vacating his WBC heavyweight belt, despite telling the media that he’s hanging up his gloves after his win over Dillian Whyte.

Many fans want Fury to give up his WBC title already, as they want the highest-ranked contenders to battle for the belt. Fans don’t want to hear Fury drag it out, talking endlessly about him retiring and yet still not doing it.

It’s pathetic to listen to someone talk about something without doing it. If Fury is serious about his retirement claims, he needs to vacate the WBC belt, so there’s the progression in the sport.

People don’t need a champion to be talking 24/7 about retiring month after month, but without doing it.

Promoters Bob Arum and Eddie Hearn both believe Fury will be back, and there’s no chance he’ll retire without fighting the winner of the July rematch between IBF/WBA/WBO heavyweight champion Oleksandr Usyk and Anthony Joshua.

However, Fury says he wants to fight UFC heavyweight champion Francis Ngannou in an exhibition and do WWE wrestling matches.

While Fury is still popular from his accomplishments in boxing, he can take advantage of that by making money against Ngannou and in WWE.

The longer Fury stays out of the ring; the fewer fans will be interested in those circus events.  There’s a short window of perhaps three years where Fury can make excellent coin in exhibition matches.

If Fury doesn’t fight again, his vacated or stripped WBC belt will be fought over by two of these contenders:

NEXT: Liam Smith vs. Sebastian Fundora: Who wants to see it?