The Los Angeles Lakers head coaching search continues, and there is a new Toronto Raptors coach whose name is being thrown into the mix.

“Sources tell me the Lakers are planning to interview Toronto Raptors assistant Adrian Griffin as part of the search for their next head coach,” Charania said.

“Griffin joins Bucks assistant Darvin Ham as two known candidates so far for the job, and expect the Lakers’ management to take a patient, diligent approach to this coaching search.”

Who is Griffin? Here’s everything you need to know about the Raptors assistant below.

Who is Adrian Griffin? Raptors assistant to interview for Lakers head coaching job

After going undrafted in 2016, Griffin played a few seasons in the Continental Basketball Association – a minor league in the United States. He also played professionally overseas in Italy.

Most notably, he started eight games for the Mavericks during their 2006 playoff run to the NBA Finals, earning three starts against Shaquille O’Neal, Dwyane Wade and the Miami Heat. 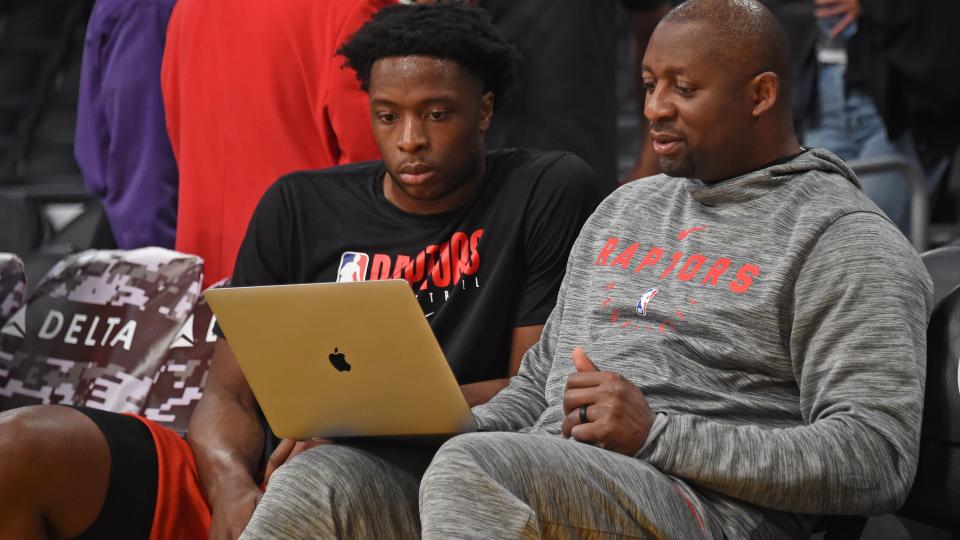 Griffin was an assistant on Nurse’s staff when the Raptors won their first championship in franchise history in 2019 and has played a key role in their player development system since joining the team in 2018.