Devin Haney on George Kambosos fight: ‘I will come out victorious’ 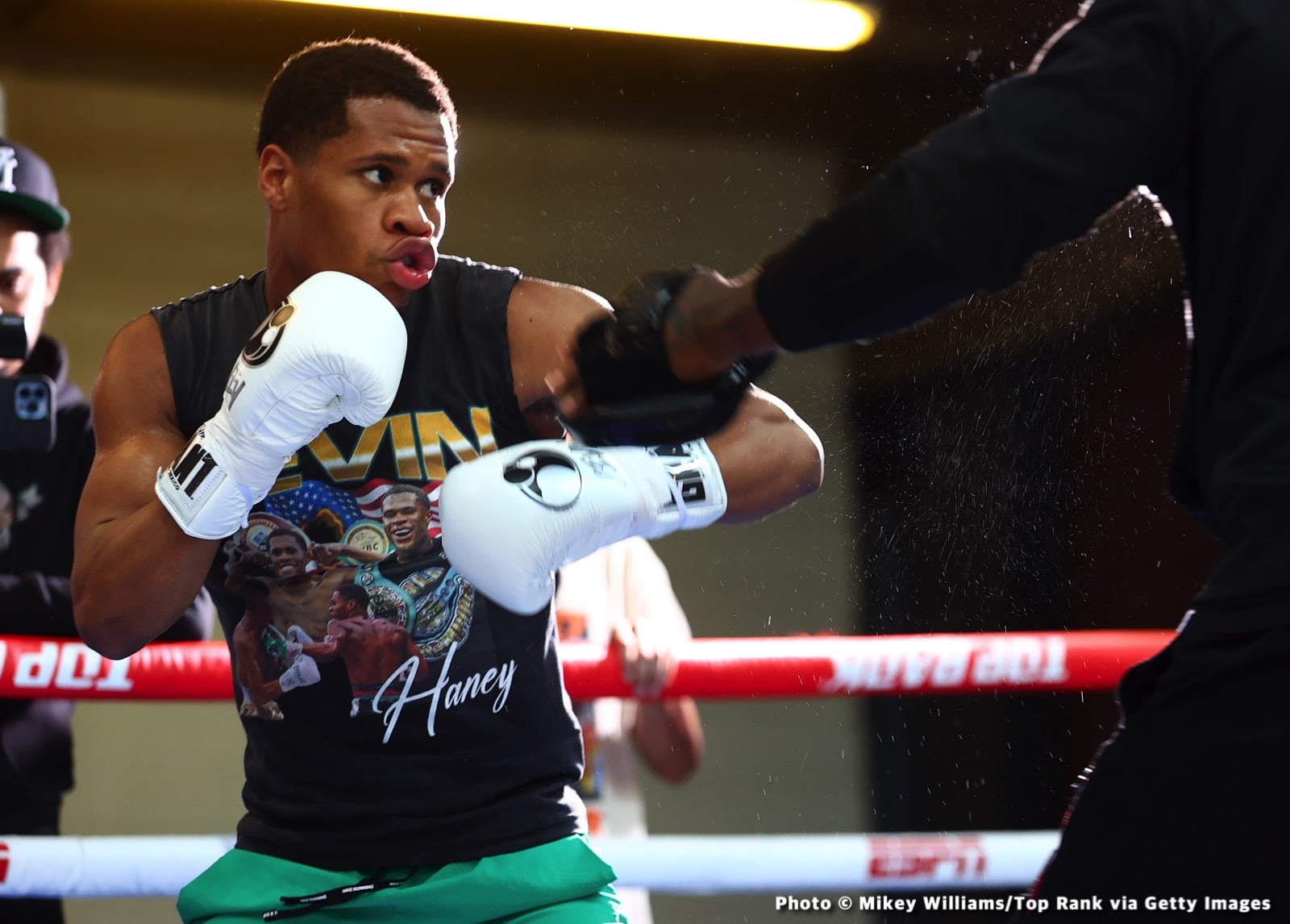 By Max Scramm: WBC lightweight champion Devin ‘The Dream’ Haney is confident that he’ll come out “victorious” against unified champ George Kambosos Jr. on June 5th to prove himself as the #1 fighter in the 135-lb division.

Haney (27-0, 15 KOs) will need to beat the Aussie Kambosos (20-0, 10 KOs) in front of what could be a massive crowd at the Marvel Stadium, Docklands, Melbourne, Australia.

It’s not going to be easy for Haney to win this fight because he’s going to be battling Kambosos in his native country of Australia, and he’ll need to win the rounds conclusively to have his hand raised at the end.

If Haney had more power on his shots, he wouldn’t need to worry about the judges, but that’s not the case. Haney wins his fights by outboxing his opponents, and he’s probably not going to be able to hurt the steel-chinned Kamsboso.

Anything is possible, though, but it’s unlikely Haney will hurt him badly enough to score a knockout.

“You got to rate me on top when I come out victorious with all the belts,” said Devin Haney to Fighthype. If nobody has a belt than me, I got to be the top guy who is on the throne.

“I know I’m the better fighter all around,” said Haney about him being better than Kambosos. “I have more speed, more power, more ring IQ, and I’m a bigger stronger fighter.

“There’s nothing he can do to beat me, and I look got showcase that on June 4th. I’ve got tunnel-vision. I have a task ahead, and I’m looking to execute that.

“How could I even think about something I don’t even know. I can overthink about the trip or the fans. Him taking the fight with me,” said Haney when asked what about Kambosos that he respects. Most people wouldn’t have taken the fight.

“He honored what he said, even though he was forced to. He still could have gone the other way, so I respect him for taking the fight. I’m a true fighter. The world has hooked onto it, and they understand that everything I said was truthful.

“I’m going to show that I am the best fighter as well. I will come out victorious. I’m not comparing myself to Gervonta or nobody else. Devin Haney is the best fighter in the world. I’m not picking and choosing who I compare myself to. I’m better than everybody at lightweight.

“Skills pay the bills. Floyd is the most successful boxer in boxing,” said Haney when asked if he feels he needs a knockout to impress fans.

Read: Canelo Alvarez: “I respect the skills of Dmitry Bivol but it’s my time”