Australian tennis star Nick Kyrgios manages to draw a crowd wherever he plays.

The 27-year-old has had a turbulent career to date and is yet to make it past the quarter-final stages of a Grand Slam.

Kyrgios has shown plenty of potential over the past decade though, routinely taking it to the best players on tour and is always worth keeping an eye on.

Will Nick Kyrgios play in the French Open?

Kyrgios confirmed in April he won’t be playing at the French Open for a fifth straight year.

Despite playing on clay in Houston earlier in 2022, the Aussie has opted to skip the majority of the clay-court season in favour of a return to his homeland.

Kyrgios hasn’t competed at the French Open since 2017 but has confirmed he’ll most likely be back in 2023.

“Next year, I am going to go to Paris. I’m announcing that now. I’m going to the French Open,” Kyrgios said in April.

“My girlfriend just wants to see Paris – so I’ll just play the French Open as well.

“We already decided to go home (this year) and have that time. The time at home is crucial because the next trip is three months. That time at home is so valuable…we’re both very family-orientated so we have to make sure that circle remains tight.” 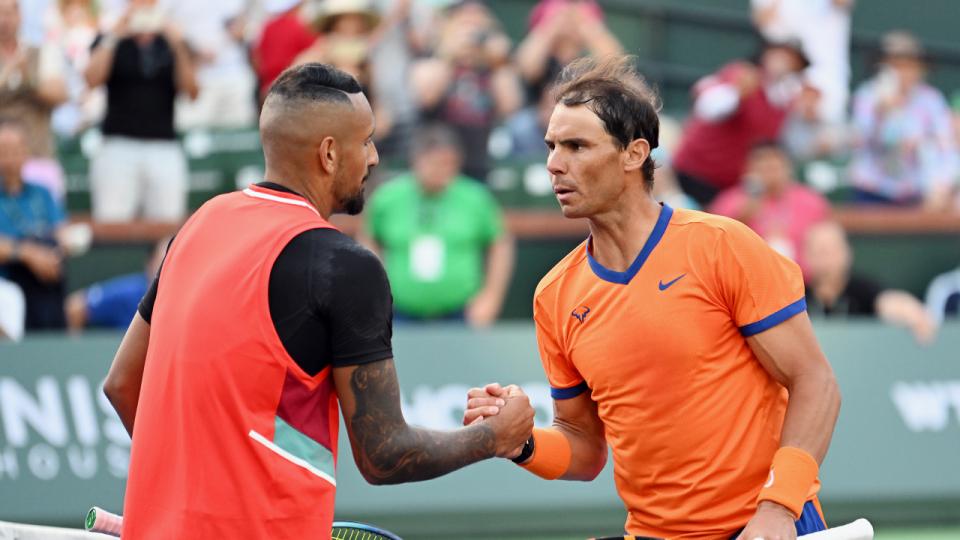 Kyrgios has never made it past the third round from five attempts, winning five and losing five matches at Roland-Garros to date.

While he boasts a similar record at the US Open, the Aussie has made to the third round there on more occasions.

What happened the last time Nick Kyrgios played at the French Open?

The Australian’s most recent French Open run now dates back to 2017.

Entering the tournament as the 18th seed, Kyrgios beat Philipp Kohlschreiber in straight sets in the first round.

He then began his second round match against Kevin Anderson in good form before losing his cool and the match 5-7 6-4 6-1 6-2.

Kyrgios’ preparation for the French Open was rocked by the passing of his grandfather and he admitted it left him in a bad place to compete.

“After my grandpa passing, I just lost a lot of motivation to do anything, really,” Kyrgios said at the time.

“But I haven’t really put together any good training in the last couple weeks. Obviously, just trying to manage some niggles.

“And, obviously, I haven’t really structured any good training in the last five weeks.

“So I don’t think I was match-ready to play best-of-five sets, but he played well today. So he was too good.”

How has Nick Kyrgios performed in 2022 so far?

After a lack of matches in 2021, Kyrgios began the year ranked as low as No. 137 in the world but has risen back into the top 100 after some solid results.

Kyrgios made it to the second round of the 2022 Australian Open and took a set off eventual runner-up Daniil Medvedev.

The Aussie then headed to America where he made the quarter-finals of Indian Wells and the round of 16 at the Miami Open.

Kyrgios then played his one and only clay tournament of they year in Houston, making the semi-finals before losing in straight sets to Reilly Opelka.

French Open 2022: Who are the predicted seeds for the men's singles?

‘A chance to create history’ – Mullins on his Auteuil squad

‘A chance to create history’ – Mullins on his Auteuil squad