It’ll be Rangers vs. Eintracht Frankfurt in the 2022 Europa League final with a spot in next season’s lucrative UEFA Champions League group stage at stake.

The two finalists will have less than two weeks to wait before the main event. With Eintracht Frankfurt out of the running for a European berth in the German Bundesliga (11th place), they will be desperate to win it.

Rangers are in second place in Scotland which would be enough to earn them a spot in next season’s Champions League qualifying rounds. A Europa League triumph would help Rangers avoid those tricky qualifying rounds and move straight into the group stage.

The Sporting News has compiled all the details on the 2022 Europa League final.

Where is Europa League final 2022?

The Europa League final will take place in Seville, at the Ramon Sanchez Pizjuan. The stadium isbest known by most fans as the home ground of Sevilla, a club with a strong association with the Europa League, having won the competition more than any other side.

The stadium seats approximately 43,000 spectators, making it the ninth largest in Spain by capacity. Sevilla won’t have the opportunity to compete for the trophy on home turf, having been knocked out in the Round of 16 stage.

Initially, the stadium was set to host the 2021 Europa League final. However, during the COVID-19 pandemic, the 2020 final was relocated to Cologne, and Gdansk was granted hosting rights for 2021. The Ramon Sanchez Pizjuan will therefore stage the 2022 event.

This will be the first Europa League final held in Seville, but the stadium has played host to a European Cup final before. In 1986, Steaua Bucharest beat Barcelona on penalties to lift the trophy, which was the precursor to the modern Champions League. The stadium also hosted matches during the 1982 World Cup, including a group game where Brazil beat the team from USSR 2-1. It also hosted an action-packed semi-final, where France were edged out by West Germany 5-4 on penalties after a 3-3 draw.

The city of Seville has also hosted a UEFA Cup final before, the old version of the Europa League, but that took place in a different stadium. The Estadio La Cartuja saw Porto beat Celtic 3-2 after extra time to win the 2003 edition of the competition. 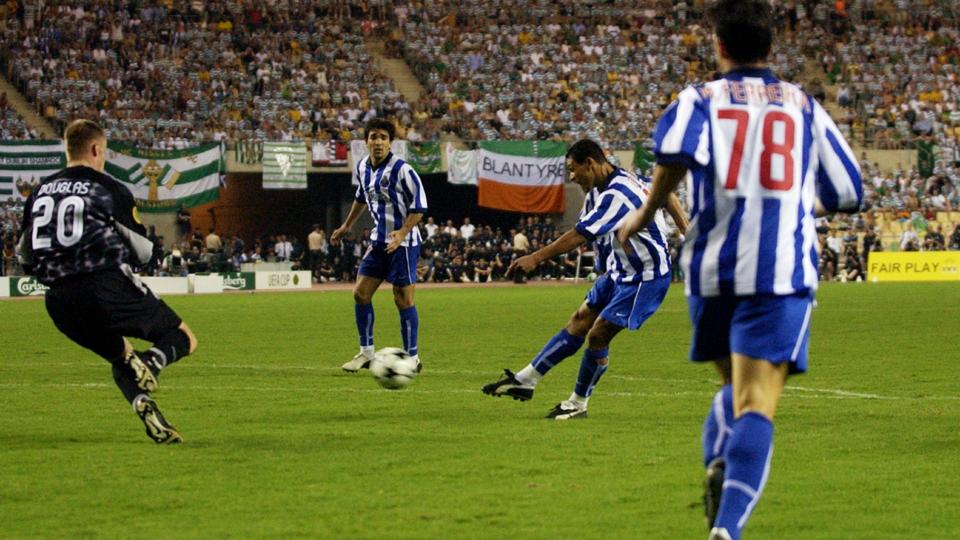 When is the Europa League final 2022?

The final will take place on Wednesday, May 18, kicking off at 9 p.m. local time.

The Puskas Arena in Budapest, Hungary, will host the 2023 final. The Europa League will return to Spain in 2025, with the final taking place at the San Mames in Bilbao.

How to buy tickets for the Europa League final 2022

Unlike the other stages of the competition, tickets for the Europa League final are sold and managed by UEFA. The governing body of European football runs an official ballot to sell tickets to the final, with each team receiving an allocation for fans.

The Ramon Sanchez Pizjuan Stadium can house approximately 43,000 fans, with most Europa League finals being held in stadia between 40,000 and 50,000.

More information on ticketing for the final is expected in due course, as the event gets closer.

Where is the next Europa League final?

As mentioned, there has been a reshuffle in the hosts of the Europa League final over the next few years, after the 2020 event was relocated to Cologne due to the pandemic:

The first UEFA Cup final took place in the 1971-72 season, when Tottenham beat Wolves 3-2 on aggregate. Until 1997-98, the final was a two-legged affair, with each team playing home and away. The 2022 showpiece will be the 25th edition since the change to a single-leg final format.

As mentioned, the city of Seville has hosted the final before, but that took place in the larger La Cartuja stadium. That’s the only occasion since 1997 that the final has been held in Spain. The single-leg finals have taken place across 24 different cities, in 17 different countries.

The final with the highest attendance since the format change was in 1998-99 at the Luzhniki Stadium in Moscow, where 61,000 spectators watched Parma beat Marseille 3-0.

Excluding those matches affected by COVID-19, the final with the lowest attendance was in 2005-06, held at the PSV Stadion in Eindhoven, Netherlands. There were 33,100 fans present as Sevilla achieved the first of their six triumphs in this competition, beating Middlesbrough 4-0.