Celtic come from behind to all but secure title

Celtic are on the brink of being crowned Scottish Premiership champions after coming from behind to beat Hearts 4-1.

After drawing with Rangers last weekend, Celtic knew victory against the Jambos would mean their Old Firm rivals could match them on points but they have a vastly inferior goal difference.

Ellis Simms looked to spoil their party as he put the visitors in front after just three minutes.

Daizen Maeda pulled Celtic level with Kyogo Furuhashi getting the title party started when he forced the ball over the line to take the lead before half-time.

Matt O’Riley guided the ball past Craig Gordon in the second half before Giorgos Giakoumakis came off the bench to make it 4-1 in injury time.

Celtic can officially be crowned champions as early as Sunday if Rangers fail to beat Dundee United at Ibrox.

How Celtic moved to the brink of the Scottish Premiership title

Hearts started on the front foot and took the lead inside three minutes as Simms lashed home from 12 yards after Liam Boyce had helped on Alex Cochrane’s cross. Carl Starfelt appealed for offside as he failed to cut out the flick-on but his trailing leg was probably playing Simms on. 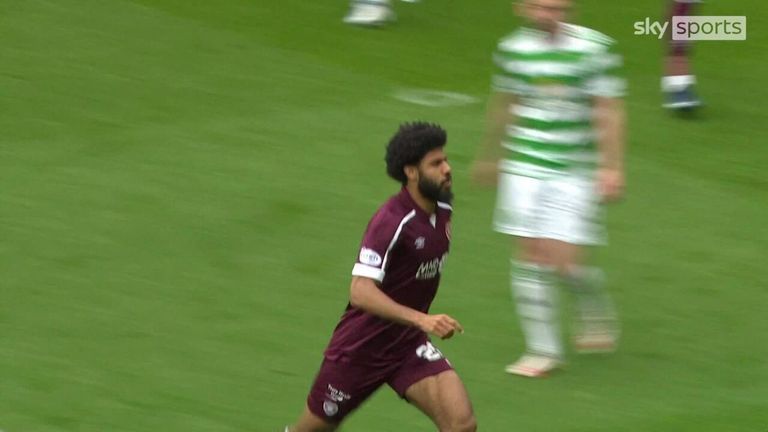 The on-loan Everton forward had a chance to add to his tally but Josh Ginnelly’s cross was inches too high and he could not get enough power on his header to beat Joe Hart.

Celtic pushed forward and Gordon made an excellent stop from David Turnbull before saving Furuhashi’s header. Turnbull then teed up O’Riley but the midfielder’s effort was headed clear by Stephen Kingsley.

Despite the pressure, there was an audible anxiety among the home fans when moves broke down. 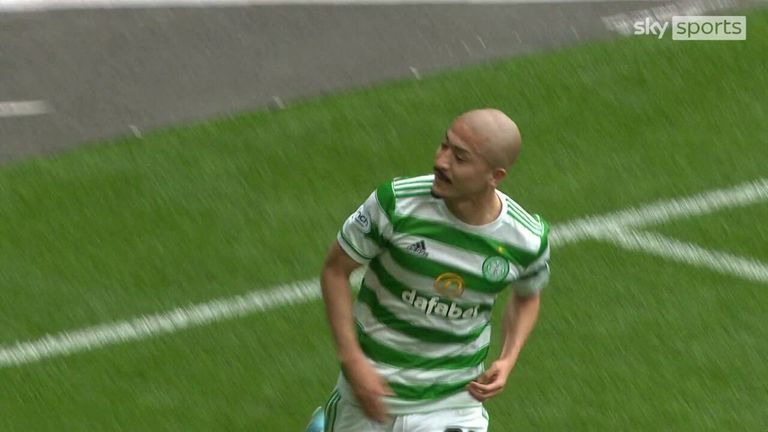 Daizen Maeda makes it 1-1 for Celtic against Hearts

The home nerves calmed on the half-hour mark when Jota burst through the Hearts backline on the counter-attack and squared for Maeda to sweep home.

The visitors complained strongly to referee Don Robertson that Toby Sibbick had been fouled by Celtic skipper Callum McGregor when possession was turned over.

There were more arguments as Celtic went ahead seven minutes later. 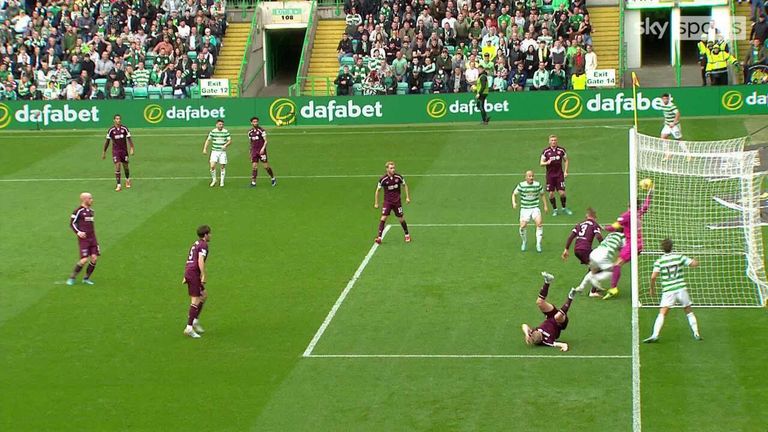 Kyogo heads Celtic 2-1 ahead despite Craig Gordon’s efforts to keep the ball out.

Gordon scooped away Furuhashi’s header after Jota had headed O’Riley’s cross across the goal line but assistant referee Dougie Potter signalled for a goal. Television replays vindicated his decision.

Celtic could have moved clear before half-time but Gordon saved from O’Riley’s free header. 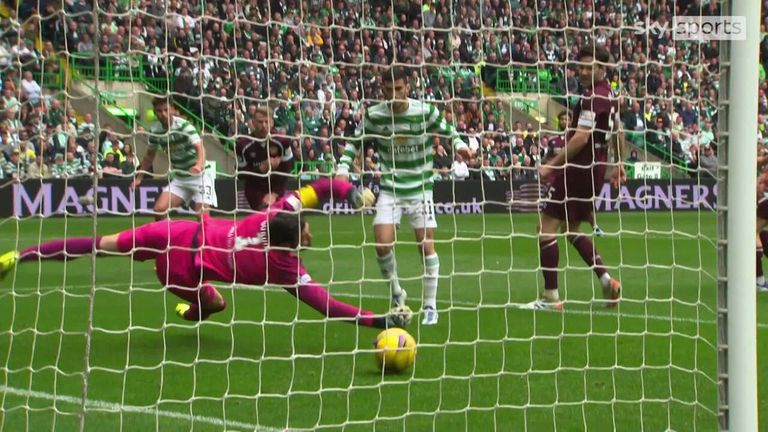 Maeda failed to make the most of two chances early in the second half and O’Riley struck the inside of the post from 18 yards.

The tension reappeared as Hearts came back into the game and forced several set-pieces but the atmosphere was transformed in the 69th minute. 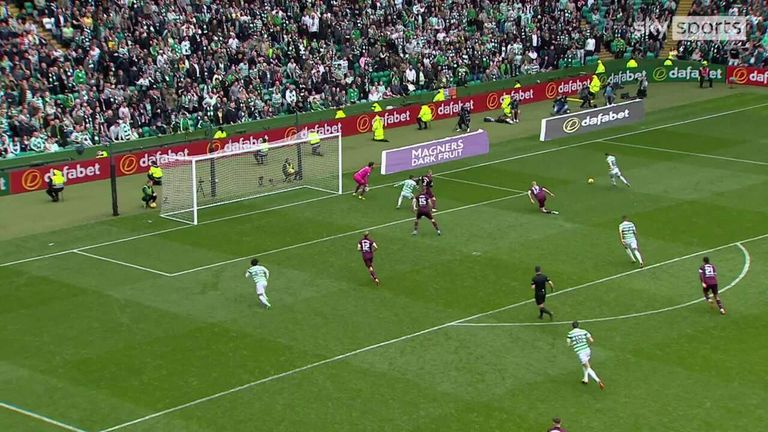 Georgios Giakoumakis makes it 4-1 for Celtic against Hearts as they edge ever closer to the Scottish Premiership title.

Jota was involved again, bringing down a high ball and feeding Greg Taylor’s overlap. The left-back’s deep cross was taken down by O’Riley and the midfielder side-footed the ball inside the far post.

Celtic are away to Dundee United in the Scottish Premiership on Wednesday night, live on Sky Sports Football; kick-off 7.30pm. Hearts travel to face Motherwell the same night, that game kicks off at 7:45pm.